As Britney Spears sets her sights on expanding her family, a source tells HollywoodLife exclusively that Sean Preston and Jayden James are ‘supportive’ of a new sibling.

Britney Spears’ sons Sean Preston, 16, and Jayden James, 15, would not be opposed to becoming big brothers. After nearly 14 years, a judge terminated the 39-year-old pop star’s conservatorship in a Los Angeles court on Nov. 12. The arrangement dictated nearly every aspect of her personal and professional life, including whether she could have more children. Following the victory, a source has revealed exclusively to HollywoodLife that Britney has her sights set on another child with fiancé Sam Asghari — and her firstborns are supportive. 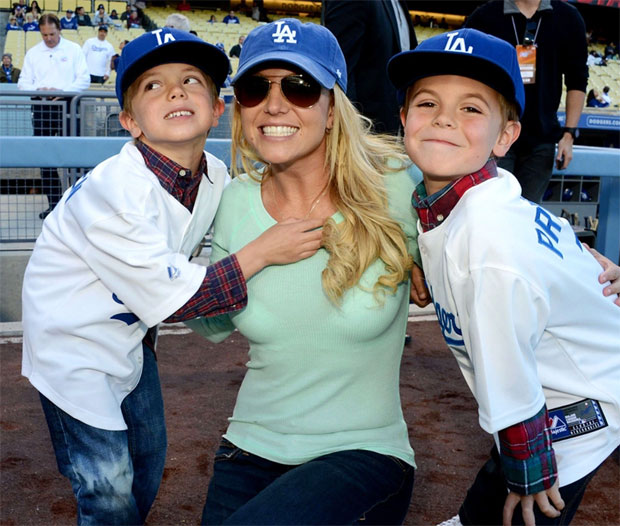 “One of Britney’s first priorities is to have another child,” the source said. “This has always been a dream of hers. She feels like so much of her childhood and growing up with her kids was stolen from her that she wants a second chance. This is her second chance with Sam.” The source added that her sons with ex-husband Kevin Federline are “completely on board” and “supportive” of their mother expanding their family.

“They’d love to have a little brother or little sister,” the source shared. “She talks to the boys about the next steps of her new life.” (The star has also been detailing possible next steps with fans, sharing an Instagram post on Nov. 16 that said she was “thinking about having another baby,” adding “I wonder if this one is a girl.”) “Getting her IUD out is her first step to getting her body back,” the source added. “It represents a lot. It means she doesn’t only control her bank account, but her body.”

Britney Spears Over The Years: Photos Of Her Transformation

During her first court hearing in June, Britney said she was forced to get an IUD to prevent pregnancy, sparking broader discussions about reproductive and disability rights. “I want to be able to get married and have a baby,” she said in court. “I was told right now in the conservatorship, I’m not able to get married or have a baby. I have a (IUD) inside of myself right now so I don’t get pregnant. I wanted to take the (IUD) out so I could start trying to have another baby, but this so-called team won’t let me go to the doctor to take it out because they don’t want me to have any more children.”

Following the conservatorship’s termination, Britney addressed #FreeBritney supporters in an Instagram video on Nov. 16, expressing gratitude and saying, “You guys saved my life.” While she’s a “strong woman,” Britney said she could “only imagine what the [conservatorship] system has done” to others. “Hopefully my story will make an impact and make some changes in the corrupt system,” she said. “My voice was muted and threatened for so long, and I wasn’t able to speak up or say anything, and because of you — I honestly think you guys saved my life in a way, 100 percent.”

11/17/2021 lifestyle Comments Off on Britney Spears’ Sons Are ‘On Board’ With Her Wanting Another Baby: ‘They’d Love’ A New Sibling
Recent Posts