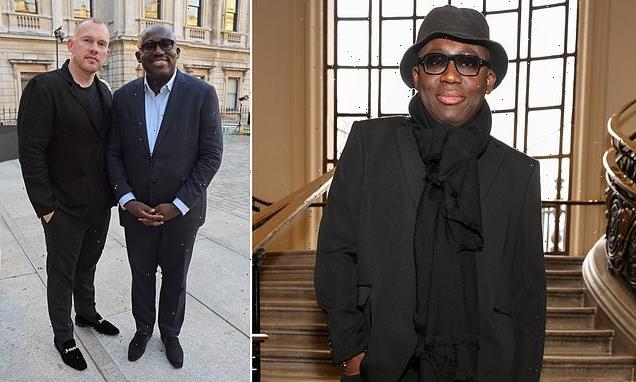 British Vogue editor-in-chief Edward Enninful has revealed he spent 14 years in Alcoholics Anonymous and was estranged from his father for 15 years.

The editor, who is due to publish his autobiography next week, also opened up about a fear of losing his sight after having four operations on his eyes in recent years.

Edward, 50, who married his long-term partner Alec Maxwell in February this year, explained a detatched retina, among other issues, led to him having the procedures – and during the recovery time he was left living in the dark and looking at the floor for several weeks. 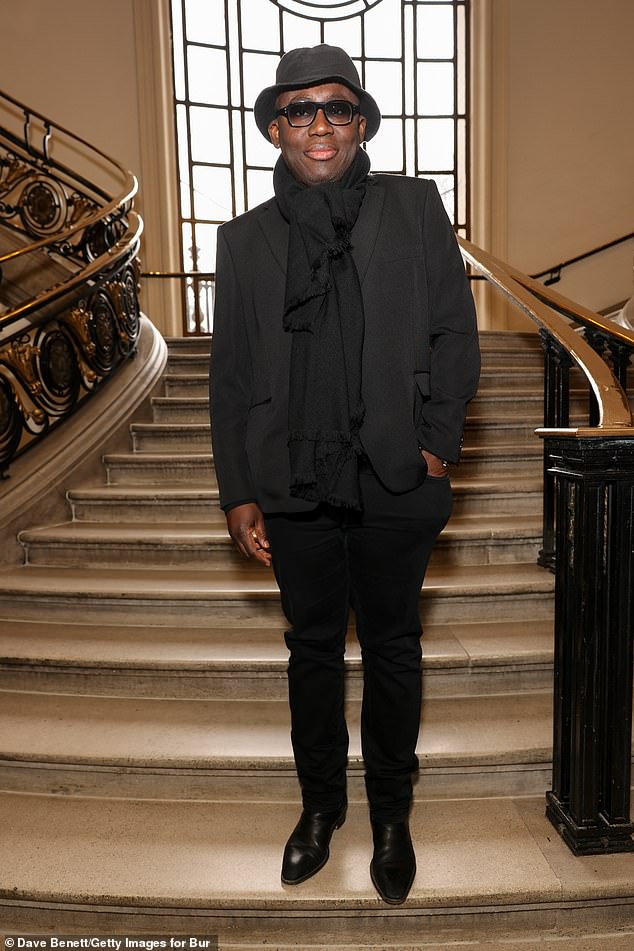 Edward Enninful, 50, told The BBC he had struggled with his eyesight all his life and that his biggest fear was losing his sight 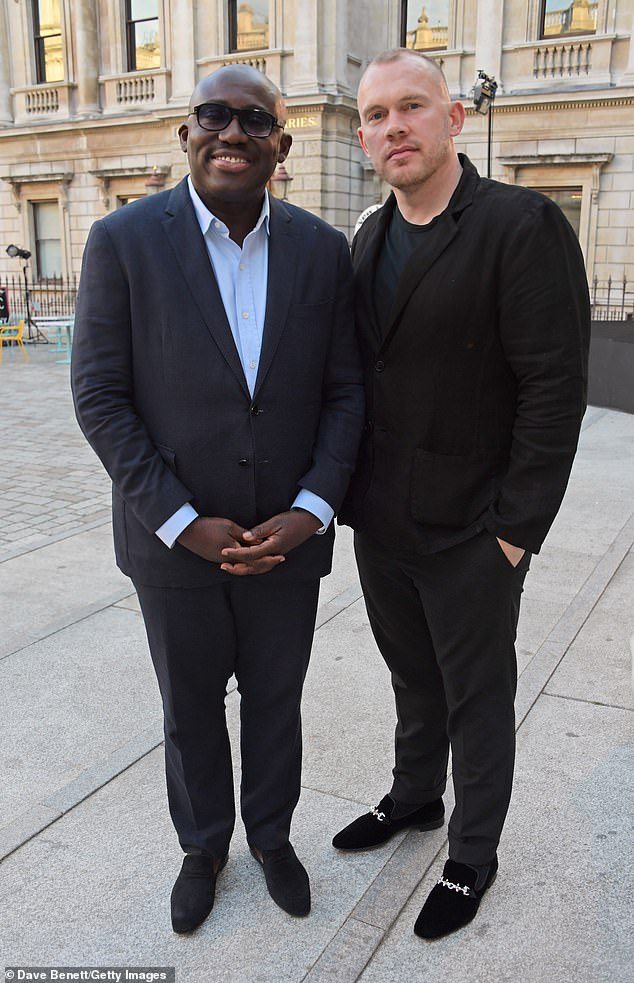 Edward, who married his long term partner Alec Maxwell in February this year, also opened up about being estranged from his father for 15 years

Describing the recovery as ‘psychologically intense’ he explained he had always had problems with his eyesight.

‘So that’s the irony of it: though I have bad eyesight, I’m still able to create images that people seem to resonate with.’

As well as issues with his sight, Mr Enninful suffers from the blood condition thalassaemia, which flares up and causes him pain.

As a child living in Ghana, he had to have several blood transfusions, before eventually moving to the UK when he was 13 years old amid political unrest in the country. 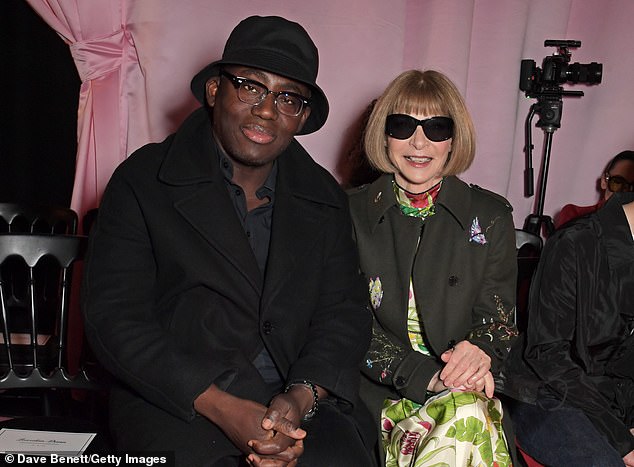 Edward also addressed rumours he may take over as editor of American Vogue when Anna Wintour, who has held editorship since 1988, steps down

His mother, who had run a seamstress business, decided to remain in Ghana for a little while after a young Edward, his father and his five siblings moved to Vauxhall in south London where they lived with his aunt.

Edward’s father, who had been in the Ghanaian military, spent three years seeking asylum in the UK.

When he was 16 Edward was spotted on public transport by stylist Simon Foxton, who told him he could be a model, and he began shooting with photographers for i-D magazine.

After assisting the magazine’s fashion director Beth Summers, Edward gained more experience and when Summers left her position shortly before the model’s 18th birthday, he was asked to step into her role, beciming the youngest ever fashion director for an international publication.

However the job came at a price as Edward had been skipping classes at the University of Goldsmiths in order to pursue his career. When his father found out about this, he threw him out of the house and the pair didn’t speak for 15 years.

During the interview, Enninful also revealed he had suffered from bouts of depression throughout his life and had been part of the Alcoholics Anonymous programme for 14 years where he said he found ‘fellowship’.

The editor said: ‘It got very bad because imagine how I was, you know – I lost one home, which was Africa, and came to England.

‘Then I lost a second home when I was kicked out. And then I went into the gay scene thinking I found my tribe and again, got so many rejections.’

Edward did eventually find love in his long-term partner, creative director Alex Maxwell and the pair tied the knot in February this year.

After partnering with Meghan Markle who guest edited British Vogue in 2019, Edward put to bed rumours the Duchess of Sussex had asked to delay publication so the American media would see the edition first.

He claimed ‘nobody really interfered’ with the publication process.

Edward also addressed speculation about whether he would step into the shoes of fellow Brit Anna Wintour, 72, to take the helm at American Vogue when she eventually steps down after first taking editorship in 1988.

Although he said he is ‘so happy’ running British Vogue, he added: ‘You never know what the future holds.’