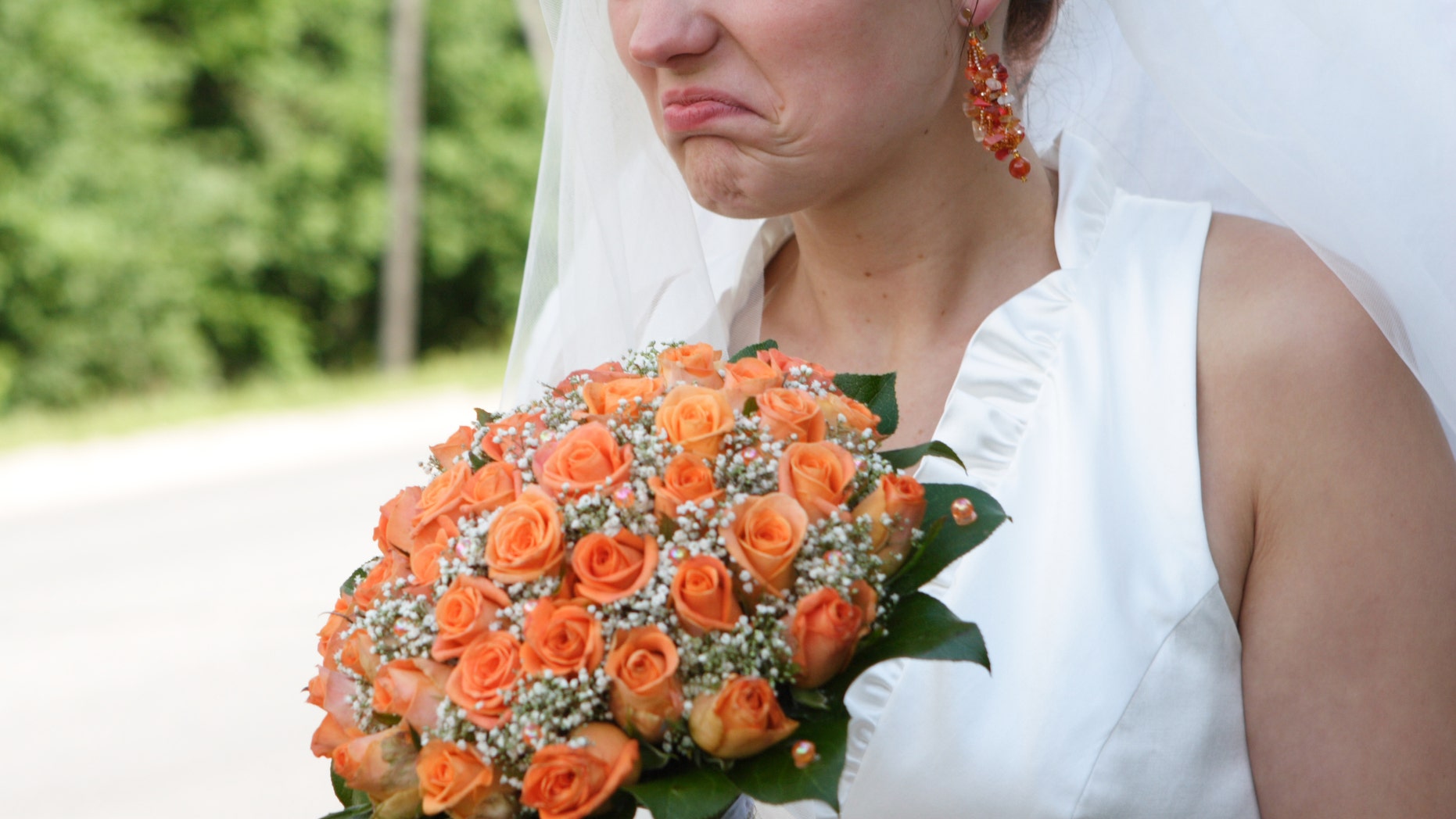 The bride, who admits she allowed her niece at ceremony (she was a flower girl) but not the reception, says she informed guests on the invitations that no children would be allowed.
(iStock)

An anonymous bride took to Reddit earlier this week to ask if she was in the wrong for kicking out a couple of wedding guests for bringing their two children to a kid-free ceremony.

The bride, who admits she allowed her niece at the ceremony (she was a flower girl) but not the reception, says she informed guests on the invitations that no children would be allowed. Despite this, she says, the couple arrived to the ceremony with an infant and toddler in tow, according to the post. (Warning: Link contains graphic language.)

“At the actual wedding ceremony, I let it slide. I was preoccupied for obvious reasons,” the woman wrote. “I also thought that maybe they planned not to attend the reception or to have someone pick the kids up before it started.”

The couple, however, arrived to the reception with the kids, one of whom was crying and the other “appearing cranky,” according to the bride.

Instead of ignoring it this time (the bride claims the infant was fussy during the wedding ceremony), she says she enlisted the help of the wedding planner, who proceeded to ask if the couple was planning to have their kids picked up.

An argument soon ensued, “so I went over to help,” the bride says.

“The wife gave a sort of apology and then assured me that they were capable of minding their own children to make sure they didn’t get in the way of anything. I said that wasn’t really the point. That’s when my now-husband comes over and he and the other woman’s husband begin going back and forth and things got a little heated.”

The bride eventually “snapped and said that they just needed to go” during an “embarrassing” scene, the post explains.

WATCH: WOMAN BREAKS UP WITH BOYFRIEND DURING TOAST AT OWN BIRTHDAY

The bride then asked Reddit if she was being an “a—hole“ for making the couple leave, and so far, the majority of the responses have been in her favor.

“Absolutely [not],’ one Redditor responded. “You stated it on the invitation and asked them politely first. I feel awful that a day that was meant to be the best of your life was tarnished by the event.”

“Agree!” another said. “The a—holes we're the ones who brought their kids to an explicitly child-free event. And then caused a scene when they were asked to leave.”

“Isn't it funny how some people instantly decide that the rules no longer apply to them once they become parents[?]” another asked.

“What I’ve gotten from this is that most people think that the couple was rude,” she wrote. “There are also a select few who feel that it’s a–holish to have a kid-free wedding at all which is…  interesting.”

The bride also said she has learned that a few of her own family members thought it was rude for her to kick out the couple, though they haven’t approached her directly.

“Anyway the feedback here has helped me not to feel guilty about that and just realize that not everyone has the same ideas about tact and manners,” she wrote.

12/22/2018 lifestyle Comments Off on Bride claims she kicked out guests who brought children to kid-free wedding: 'I snapped and said that they just needed to go'
Recent Posts