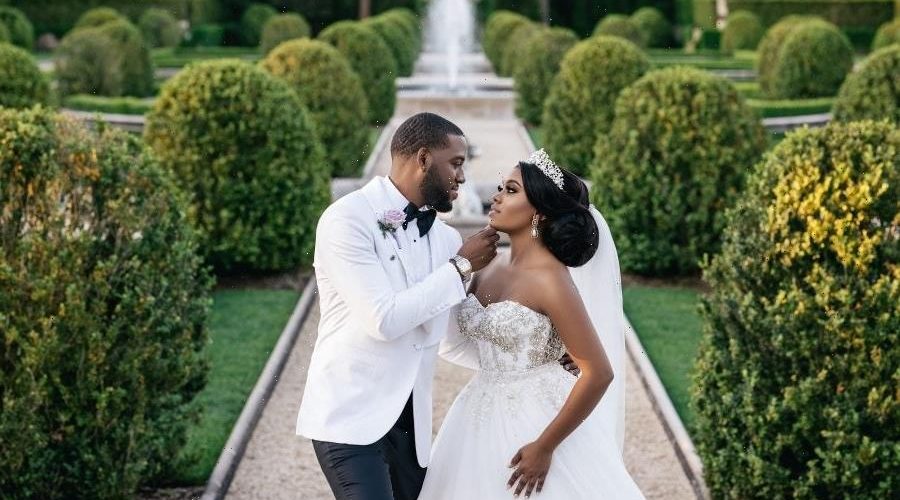 Long before they said their vows, from the very beginning of their relationship, Jordan and Naomi Jackson have supported one another through thick and thin.

The pair studied at the University of Virginia. They met on campus in 2011 after she mistook him for his twin brother and they ended up striking up a conversation with one another. They would become fast friends, a companionship where both parties wanted to see each other thrive and made the effort to ensure it would happen. By 2013, they were officially a couple (even sharing the news on Instagram) and for seven years, they traveled together, lived together and went through hell and back together.

When they were in college, Naomi was a great support to Jordan, helping him with his classwork and to secure important internship opportunities that would make a difference in his pursuit of a career in finance. As the years passed, he was a significant support to her when she went through a serious health crisis. Naomi found herself dealing with a painful tumor in her liver, and over the course of their relationship she would have to undergo two tumor resection surgeries and weeks (sometimes months) of recovery in the hospital. Jordan was there as her part-time nurse and “full-time protector” as she fought her way back to 100 percent. As he shared with us, he knew that no matter how long her recovery would take, there was nowhere else he would rather be than by her side. And as she explained, she couldn’t have been more grateful for his constant presence and care. The devotion that was exhibited during that time would solidify what they both knew: They found the one they couldn’t live without.

By March 2019, Jordan was ready to ask for her hand in marriage and make Naomi his wife. He planned the proposal by taking her to the American Airpower Museum in Long Island, New York for a flight lesson to learn how to operate a small plane. When weather conditions impeded that, she was then blindfolded in the pilot seat as the plane was pulled into a nearby aircraft hangar where 50 of the couple’s closest friends and family were present. There, he got down on one knee, champagne and roses in tow, and proposed. She, of course, said “Yes!”

More than two years later, on May 31, 2021, Memorial Day, they took the extravagance of the proposal and multiplied it. The couple said “I do” at Oheka Castle in Long Island in front of 150 guests. “Ever since I was a young girl, I always wanted to be a queen, and after the past several years of recovery it felt only right to have an extravagant wedding to celebrate all Jordan and I accomplished and manifested on our journey together,” Naomi tells ESSENCE. “Of course, a queen should be married in a castle.”

Opulence was everywhere, from the castle itself and its massive and ornate garden, to the Rolls Royce Cloud and the luxurious decor with the hydrangeas and roses. The couple, who have been a team since their UV days, worked together again on their own to plan every detail of the big day, utilizing a plethora of Black vendors. What they were able to make happen was a celebration befitting Black royalty and of a love years in the making, tested and triumphant.

Check out the images from their special day, taken by famed wedding photographer Stanley Babb, and learn more about their enduring love story.

Want your wedding to be considered for feature in Bridal Bliss? Email us a few wedding photos and the story of your big day at [email protected]

07/29/2021 lifestyle Comments Off on Bridal Bliss: After A Health Crisis, Jordan And Naomi Celebrated Life And Love Like Black Royalty
Recent Posts