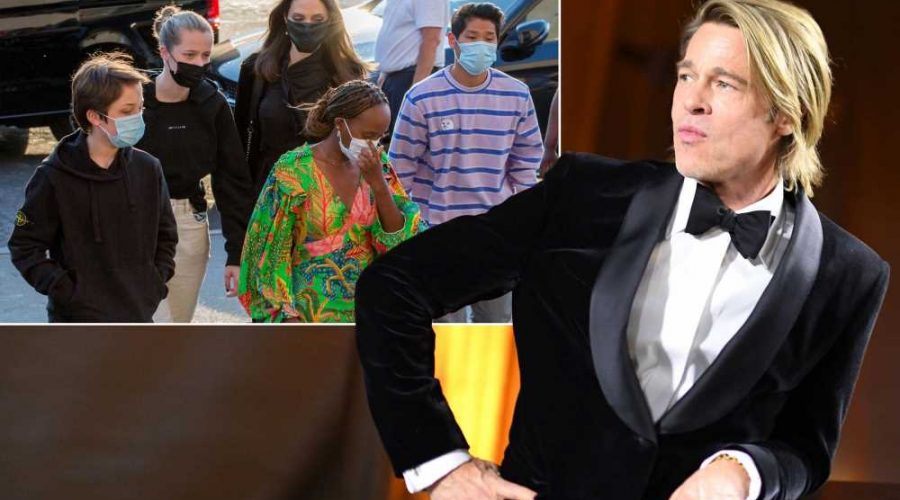 Angelina Jolie strolls around Paris with her kids

Angelina Jolie wants out of wine business with Brad Pitt

Brad Pitt has vowed to appeal the decision to disqualify the private judge being used in his fierce divorce battle with Angelina Jolie — one that effectively scuppered his joint custody win.

As Page Six revealed, the Hollywood star was given joint custody of their five minor children in a preliminary decision by Judge John W. Ouderkirk in May.

But in a big win for Jolie, a California appeals court on Friday disqualified Judge Ouderkirk, ruling that he didn’t sufficiently disclose business relationships with Pitt’s attorneys.

In a statement, a spokesperson for Pitt told us: “The appeals court ruling was based on a technical procedural issue.

“The facts haven’t changed. There is an extraordinary amount of factual evidence which led the judge — and the many experts who testified — to reach their clear conclusion about what is best in the children’s best interests.

“We will continue to do what’s necessary legally based on the detailed findings of what’s best for the children.”

In the ruling, seen by Page Six on Friday, the 2nd District Court of Appeal said: “The person on the street might reasonably entertain a doubt as to Judge Ouderkirk’s ability, consciously or subconsciously, to remain impartial in the upcoming, hotly contested custody dispute.

“None of Pitt’s arguments that a reasonable person would not have cause to doubt Judge Ouderkirk’s impartiality withstands scrutiny.”

“Judge Ouderkirk’s ethical breach, considered together with the information disclosed concerning his recent professional relationships with Pitt’s counsel, might cause an objective person, aware of all the facts, reasonably to entertain a doubt as to the judge’s ability to be impartial. Disqualification is required,” the court ruled.

The decision means that the custody fight over the couple’s children has to start over.

The judge already ruled the pair legally divorced, but had separated the child custody issues.

Ouderkirk, who actually married Pitt, 57, and Jolie, 46, in 2014, declined to disqualify himself when Jolie asked him to in a filing in August. A lower court judge ruled that Jolie’s request for disqualification came too late. Jolie’s attorneys then appealed.

A rep for Jolie had no comment as of yet.