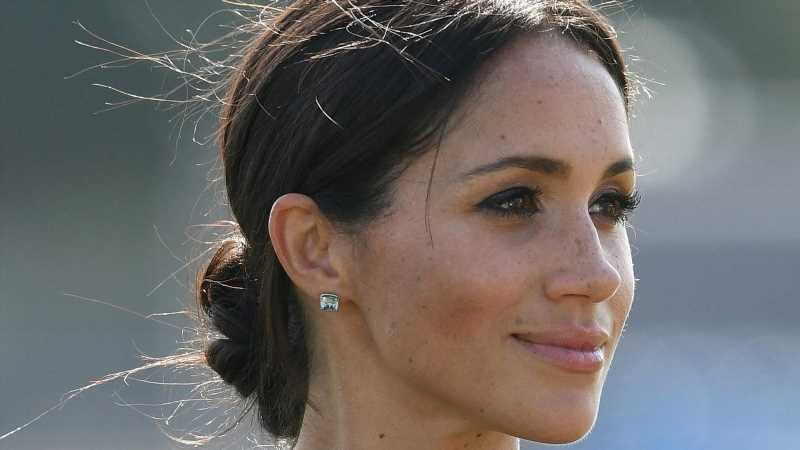 A couple of months have passed since Meghan Markle’s infamous tell-all interview with Oprah Winfrey. Now, visibly pregnant, Meghan Markle has returned to TV for the first time in an appearance for “VAX Live: The Concert to Reunite the World.” Meghan spoke of the importance of empowering women around the world, so they would have a chance to bounce back from the impacts of the coronavirus pandemic. She also said she and Prince Harry were “thrilled” to be getting ready to have a baby girl (via Parade).

Meghan Markle wowed many with her look: a red dress by Carolina Herrera (price tag: $1690) and designer jewelry. She delivered her message with a voice and body language that expressed confidence, according to body language expert Blanca Cobb. “In the video, Meghan sounds confident; her voice strong,” Cobb told The List. “While talking, she smiles, moves her head and uses her eyebrows to highlight what she’s saying. There’s limited movement of her arms and hands. She has her hands folded neatly on her lap, or her fingers interlaced with her arms by her side. Her arm placement reminds of a modified version of a ballet arm movement, where the arms are by your side and hands pointed toward each other.”

Meghan Markle appeared to be nervous

But it’s what Markle isn’t saying that Cobb picked up on. “Even though Meghan sounds confident, her thumbs reveal that she’s feeling nervous. Her left thumb rubs above and below her right thumb, which is a way to soothe herself,” Cobb told The List, describing a moment we all get to see about 30 seconds into her message. And that moment may have given away more than Markle intended. “When you feel nervous, your body will find a way to relieve the tension. One way is by rubbing, caressing, or touching another part of your body to comfort yourself,” Cobb said.

There is another time when Markle shifts slightly, but Cobb told The List that may simply have to do with her condition. “At one point, her right leg bounces ever so slightly. There are a few possibilities here. Perhaps she’s readjusting her position because of sitting too long or because of her pregnancy. During pregnancy, a woman can get uncomfortable and will shift positions to feel better. Or, maybe, her body released any nervousness.”