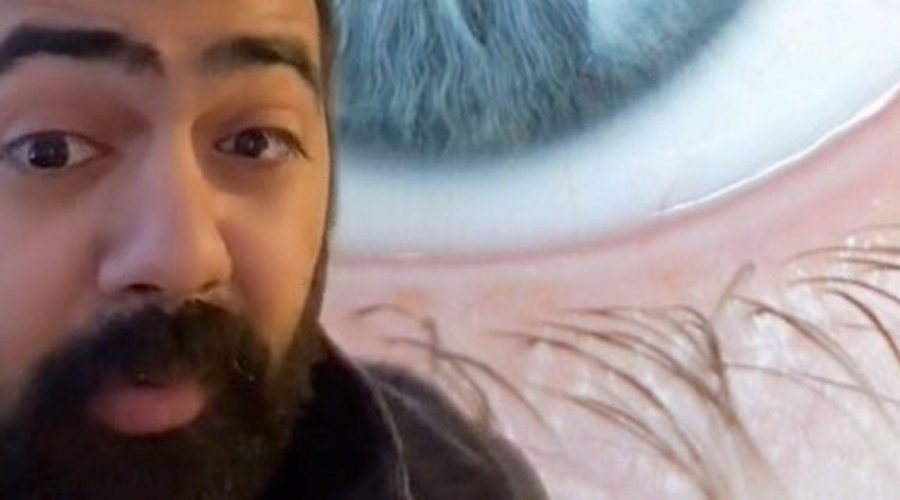 An NHS doctor has explained why blue eyes are the result of "crazy physics" rather than actual blue pigment in the iris.

Dr Karan Rajan made a TikTok video in which he described the mutation and why blue eyes seem to change colour in a different light.

Talking towards the camera, he says: "If you have blue eyes you have got some crazy physics going on.

"The reason your eyes look blue is due to the same reason why the sky looks blue.

"The iris, the coloured donut which gives your eyes its colour, has a layer of cells called the Stroma.

"In blue eyes, the Stroma is translucent and contains zero pigments because of a gene mutation.

"When light hits it, it scatters all the wavelengths of light.

"Blue is scattered the most because it's a shorter wavelength."

He says this makes "blue light reflected easily and making it the most visible colour".

Dr Karan adds: "This is why blue eyes can sometimes change colour because it all depends on the quality of light hitting the eye.

"Blue eyes are unique because it's because of structural coloration not pigments."

Since it was uploaded on Saturday (October 16) the video has been watched more than 1.8 million times and thousands of people have left comments.

One viewer wrote: "Finally this makes sense. For years when someone asks what colour my eyes are, I say 'depends on the weather' and they look at me weird."

A second person shared: "It also makes you more likely to be light-sensitive which is painful on clear days but incredibly useful in low light areas where most can't see."

Some people with blue eyes also claimed to have central heterochromia – which is when you have another colour in your iris, such as yellow, in a ring around your pupil.

10/18/2021 lifestyle Comments Off on Blue eyes are an illusion and are actually colourless, according to doctor
Recent Posts