THE price of the world's biggest cryptocurrency has surged to its highest in three years. 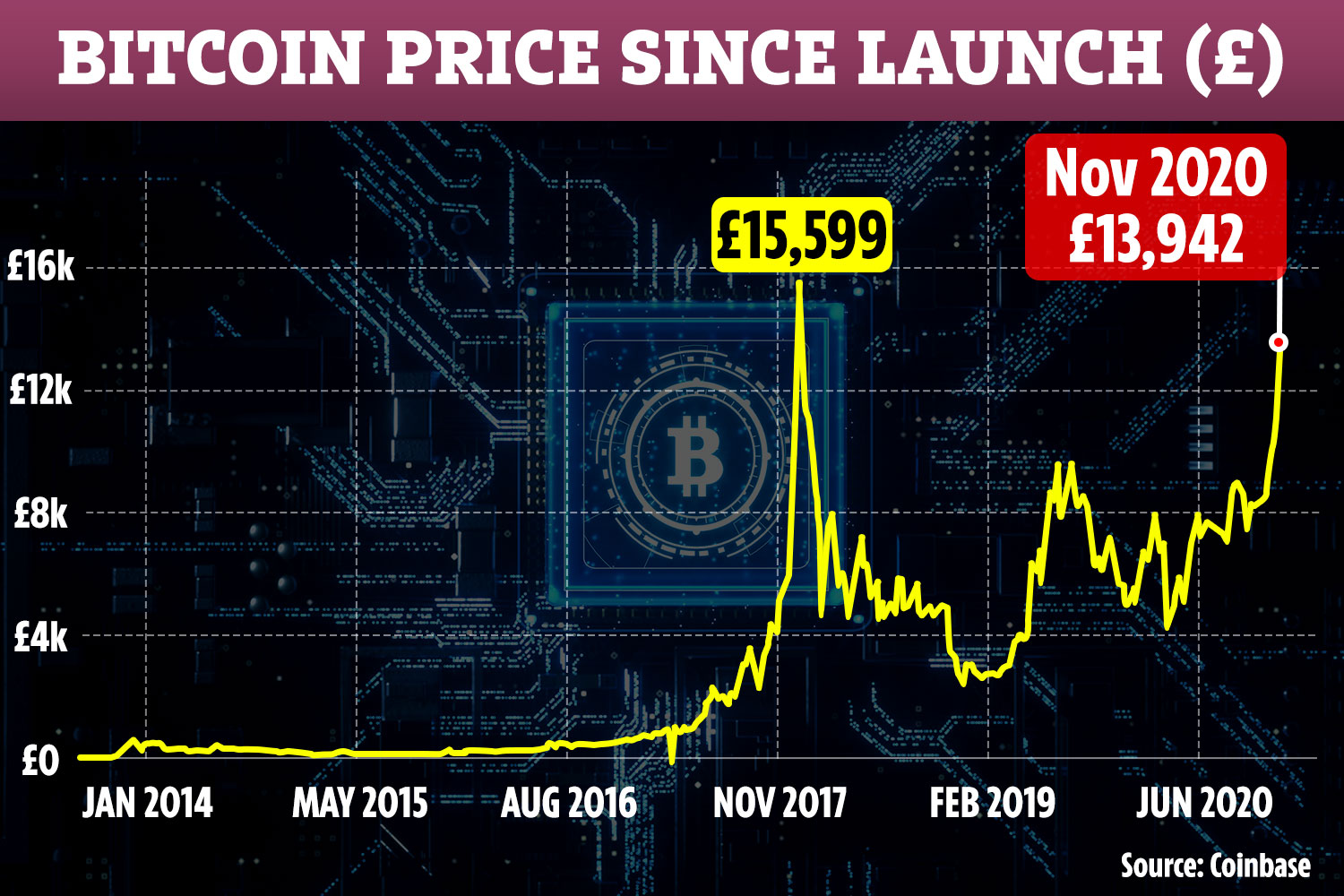 Bitcoin is volatile and that means prices can quickly change and the cryptocurrency dropped backed down to £13,257 shortly after.

Investors have ploughed into the digital currency during coronavirus sending it to new highs this year.

But Bitcoin's value plummeted to £3,300 when the coronavirus crisis struck the UK in March and the US implemented a European travel ban.

The stock market has also climbed, with the FTSE 100 leaping to its highest point since June this week after news of a new vaccine was announced.

Paypal has added cryptocurrency to its service for users in the US with anyone now able to trade Bitcoin on the platform along with other cryptocurrencies.

Facebook is also working on its own digital currency Libra, bringing cryptocurrency further into the mainstream.

The cryptocurrency has also been surrounded by controversy with Bitcoin scammers targeting the accounts of high profile Twitter users earlier this year.

And in October the financial regulator banned Brits from trading a certain type of cryptocurrency investment which it said was harmful.

In June, The Sun warned about a Bitcoin scam which used a picture of Britain's youngest millionaire to con investors.

While a painter and decorator lost his entire £66,000 life savings after falling for a Bitcoin investment scam in 2019.