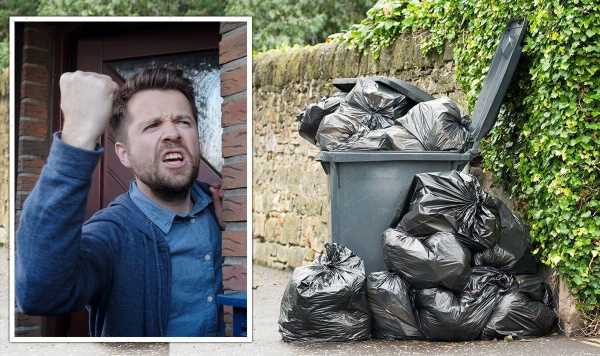 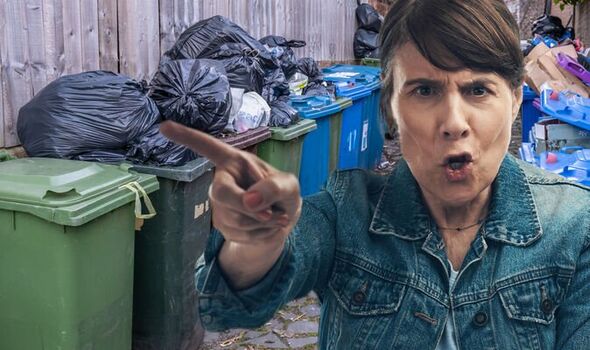 Sharing her experience in parents’ forum Mumsnet, the woman – with username @Littleemma82 – explained: “My neighbours have started putting rubbish in my bin.”

She said: “So I’ve recently moved house, and my neighbours overall seem ok.

“I’m a single parent with one child and our council collects the recycling bin one week and the garden/food waste the following week.

“Sometimes I only put my recycling out monthly because I don’t always fill the bin 100 percent for both collections,” the mum explained.

The woman continued: “Anyway the week before last I didn’t put out my recycling because I was working four shifts back to back and I knew it wasn’t full. 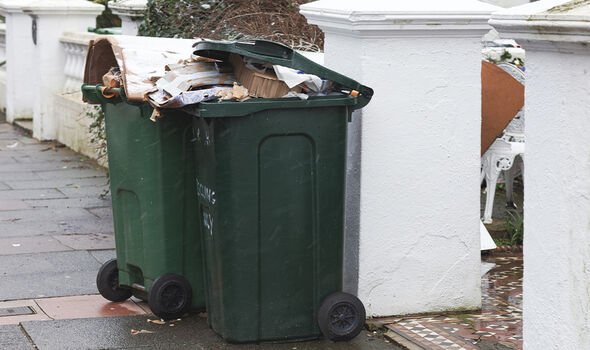 “Two days later I went outside to put my recycling in the bin and it was almost full with minimal room for my stuff.

“What the actual? I’m really annoyed!

“My last house was a semi and my bins were kept at the back of the drive near the back door. I’m not used to this.

“I’m tempted to put a padlock on my bins and remove the padlock when I put the bins out on bin day!” the woman admitted.

What do you think? Join the debate in the comments section below

“It’s just I’m really careful as I’ve heard of people being fined when they’ve put the wrong stuff in.

“Also if they’d asked I might have said ok this once. It just feels as though they think they’re entitled to use my bins,” she explained.

Other forum users shared their thoughts with @cupcakedaisy saying: “Padlock them, they will never get the message otherwise and continue to do what they want.”

@44PumpLane advised: “You can purchase bin locks that allow the bin lid to open when the bin lorry tips the bin.

“This would absolutely annoy the hell out of me on principal like you say they could have asked!”

@Whereismumhiding4 recommended: “That’s awful of your neighbours as they are using your bin preventing you from.

“Drop a note round to your next-door neighbours and over the road saying: ‘Dear neighbours, I notice my bin (number x) again has been filled with someone else’s rubbish which prevents me from using it.

“It is my bin, not a communal bin. If you are using my bin please stop.

“Please can my other neighbours keep an eye out or let me see any CCTV you have, for who is doing this as it is very upsetting. Thank you’.”

Mumsnet user @Snugglepumpkin commented: “In lots of places whole neighbourhoods have an unspoken rule that once you put the bin out for collection the next day if there is space other people might use it.

“Almost everywhere with neighbours, I have ever lived has been like that.

“You can tell who has had a clear out because you’ll see them at 10pm checking bins for a space.”