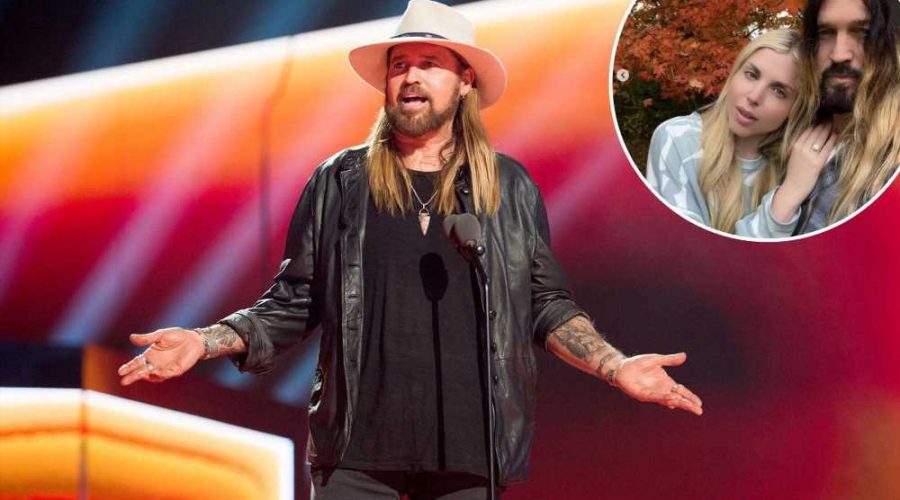 Looks like his “Achy Breaky Heart” has finally healed.

Billy Ray Cyrus, 61, and his girlfriend, Firerose, seemingly confirmed their engagement in a new snap shared on social media this week.

In the image shared Tuesday, the singer can be seen cuddling up to Firerose as she shows off her massive diamond ring.

The couple captioned the post “Happy Autumn🧡,” but did not provide any clarification on what the ring symbolizes.

Page Six has reached out to Cyrus’s rep for comment.

The pair first sparked engagement rumors in September after FIrerose shared a series of snaps in which she donned the diamond sparkler.

“Taking in the moment…,” the singer, whose age is unknown, captioned the elusive snap.

While it’s unclear how long the pair have been dating, they did work on a song called “New Day” together last year.

The possible engagement came as a surprise to many fans given the fact Cyrus’s wife, Tish Cyrus, only filed for divorce from the country star six months ago.

After 29 years of marriage and five kids, Tish cited “irreconcilable differences” as the reason for the split. She said the pair haven’t lived together since Feb. 2020.

However, this was the third time the pair filed for divorce with their most recent separation being five years prior.