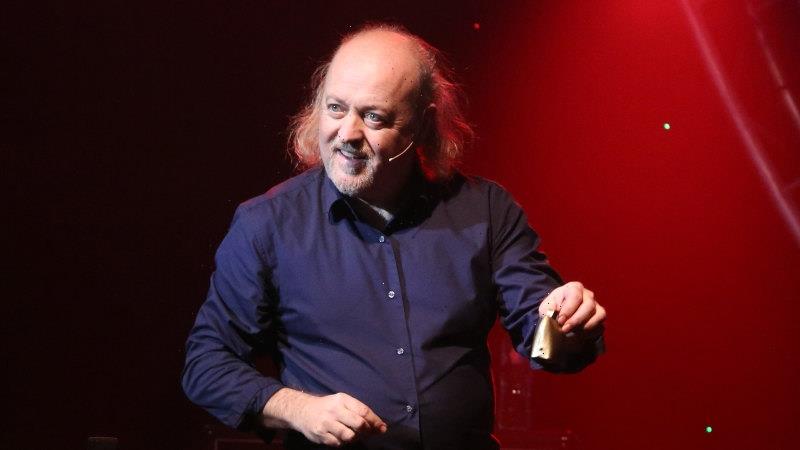 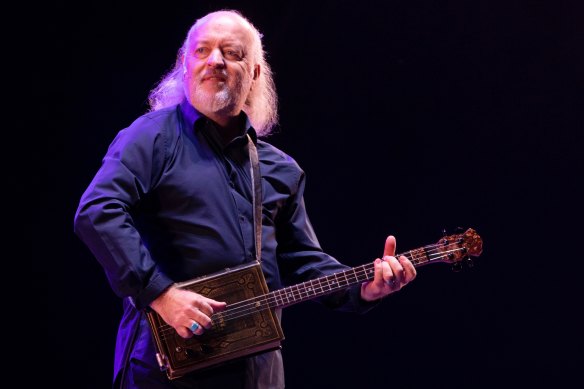 Bill Bailey relished being back on stage in Melbourne on Thursday night.Credit:

At a time when English comics once revered as royalty are getting themselves cancelled with social commentary (read: John Cleese), it’s refreshing to see a mainstay such as Bill Bailey back on stage and relishing the joy of performing.

Not to mention sprightly. The sheer energy this comedian, actor and musician brings to his two hours on stage left this reviewer, almost half of Bailey’s 57 years, feeling exhausted.

In front of a sold-out crowd of almost 3,000 – his first of four Melbourne shows on an Australian tour spanning two months and 40 performances – Bailey delivers a polymathic sermon that ranges from political diatribes, musical comedy, history lessons and whimsical absurdity.

Opening with a barrage of barbs at the recently ousted Boris Johnson, and quips about his short-lived ‘successor’ Liz Truss, Bailey gets the left-leaning crowd firmly on side before pulling the rug out, juxtaposing the ineptitude of British politicians and our own mistreatment of refugees.

His prowess on a multitude of instruments is remarkable – from a mini-grand piano, electric guitar, keyboard and other obscurities he “bought on eBay at 3am” – including a theremin which at one point he plays with his own head. So too, is his ability to employ instruments in his humour.

What might be considered a cheap target in the crosshairs of another comedian, such as Coldplay, is delivered with artistic aplomb, encouraging the audience to sing-along to a rendition of Yellow performed entirely on a bouzouki, in Turkish. There’s more hilarity as he uses the likes of rockers Motorhead and AC/DC to soundtrack mundane household tasks such as cooking breakfast or answering the door; or an opera singer (local soprano Piera Dennerstein) before performing an excerpt of Georges Bizet’s Carmen with ludicrous subtitles. 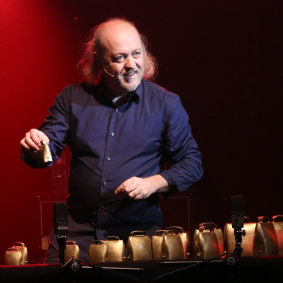 Bill Bailey’s En Route To Normal, at the Palias Theatre.Credit:

If this all sounds strange – trust me, it is. But it’s a trip you want to take part in. Bailey makes it work through years of honing his craft and the utmost charisma. Some bits slightly overstay their welcome, but the majority of the show is tightly written and immaculately performed.

His improvisational skills too, have never felt stronger.

En Route To Normal – a title written before the pandemic – is anything but. But therein lies the beauty of the performance. He lost his job – the love of his life – for two years. He couldn’t be more thrilled to be back on stage.