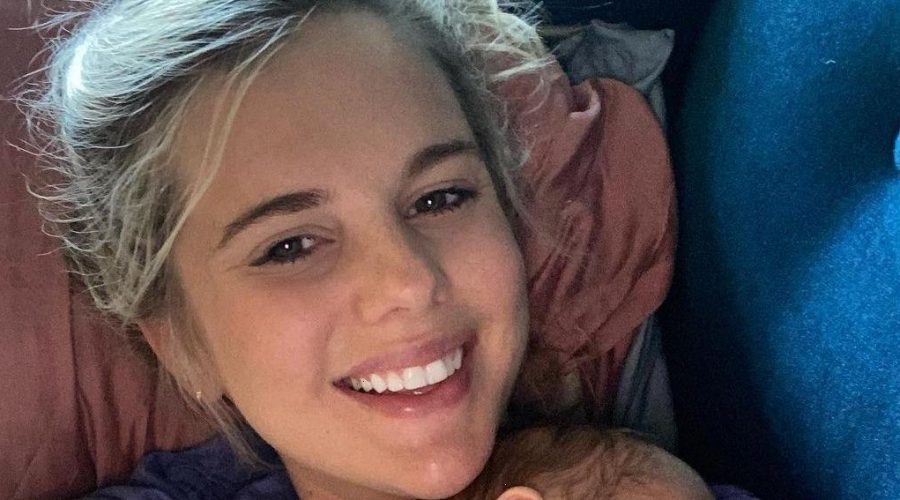 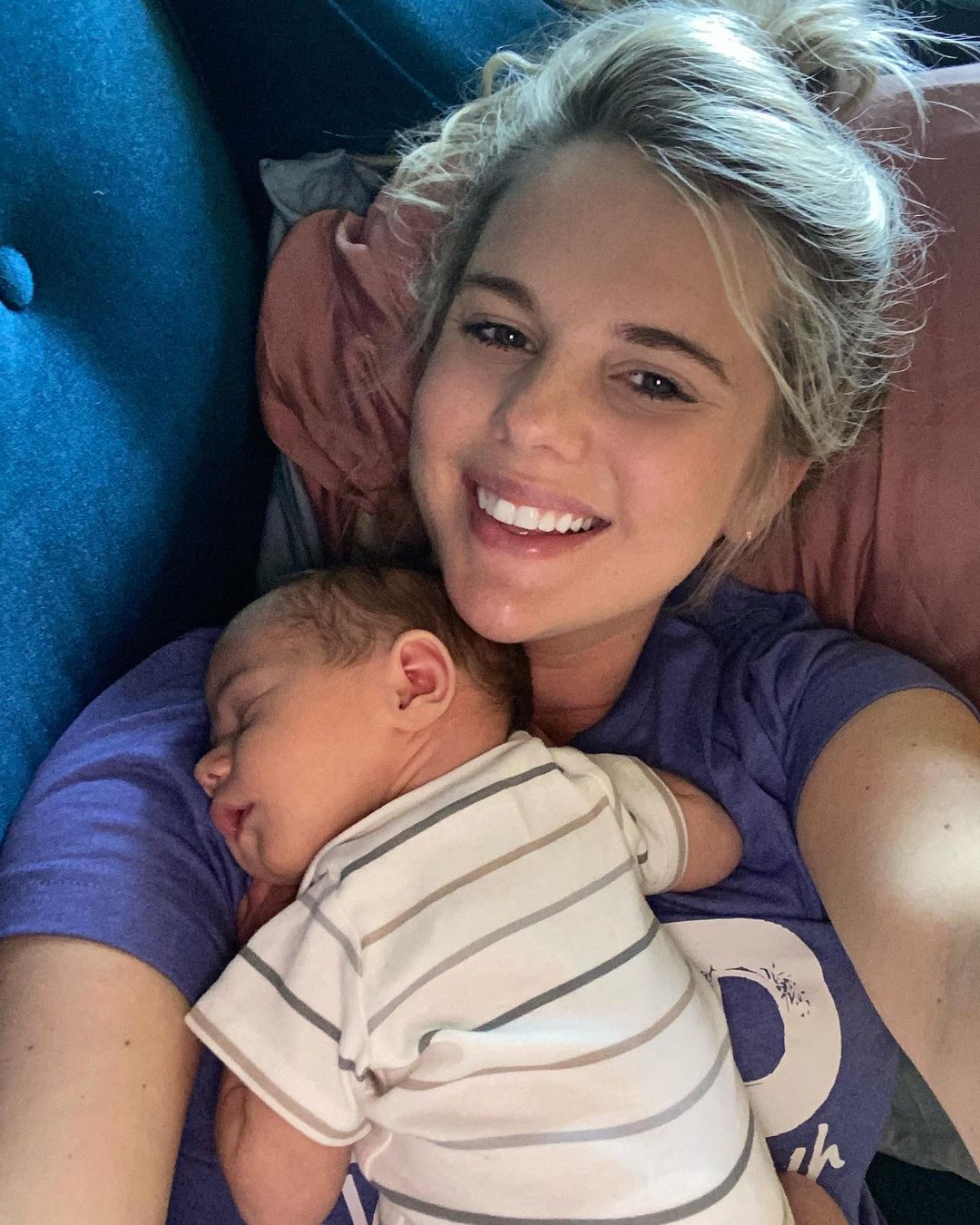 The Big Brother alum, 29, wrote via Instagram Stories on Thursday, August 5, that her C-section recovery was “pretty good” and getting “better” every day.

That being said, the Michigan native recently thought that she was “hemorrhaging” and “went to the ER.” Franzel explained, “It was so sudden and so much bleeding, it scared the crap out of me.”

She went on to write in a separate post that while she has not experienced “any” postpartum depression, she’s “definitely watching out for it.” 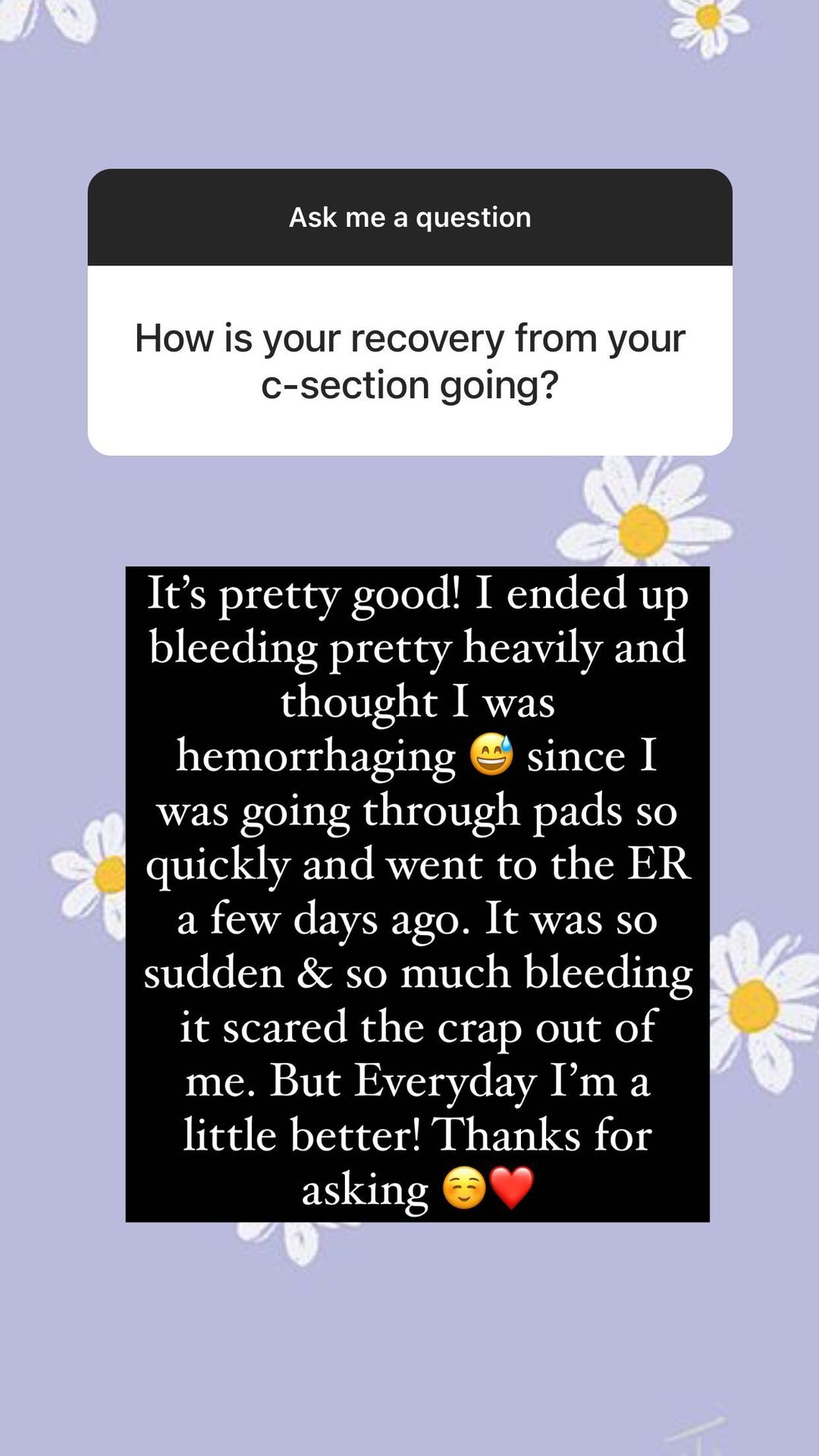 The former reality star previously told Us Weekly exclusively about her and Victor Arroyo‘s son Arrow’s July arrival, calling it a “magical” moment.

“It was surprisingly short, and I couldn’t feel a thing,” Franzel told Us last month. “The spinal really relaxed me, I thought it was just going to numb me and I’d still be freaking out, but it was all a very calm birth. A very relaxing atmosphere, which I wasn’t expecting.”

The former CBS personality was still “sore” but “recovering well” at the time, telling Us, “It’s amazing how our bodies can recover so quickly! Definitely took a week for me to feel like walking around though. The first couple days, I didn’t want to move much at all.”

She and Arroyo, 30, announced their pregnancy news in January and tied the knot in Florida three months later.

While preparing for their baby boy’s arrival, the former Amazing Race stars posted nursery photos via Instagram and revealed the infant’s name exclusively to Us.

Usher and More Celebrity Parents Who Named Their Kids After Themselves

“Victor wants to continue his family tradition since he is Victor Arroyo III,” Franzel explained in June. “The nickname, [Arrow], is something everyone can call him by so he’s not ‘little Vic [or] baby Vic’ his whole life. I’m hoping Arrow sticks like Coco stuck for me! All my closest people in my life call me Coco and I love it. … We also know no one by that name which is another plus.”

While the couple felt “a bit nervous” at the time, the then-pregnant star told Us, “We know our life will be changing but it’s the best change we could ask for. … I’ve waited my whole life for this! We have an amazing support system to help us and Victor gets three months paid paternity leave which is such a blessing. My mom will be there any time we need her too.”