The producers on Ben Affleck’s upcoming action film “Hypnotic” are locked in a legal battle that could determine whether entertainment productions will remain on hold indefinitely if film insurers are unwilling to cover pandemic-related delays.

Affleck was supposed to go into production on the Robert Rodriguez-directed film in April, but things were delayed by the COVID-19 pandemic, which affected virtually every TV and movie production in March.

Hoosegow Productions purchased an insurance policy for the cast through Chubb National at a value of $58 million, according to Deadline. The policy reportedly states that everything would be covered if either Affleck or Rodriguez became ill, died or were otherwise unavailable to work. The producers have filed the lawsuit after Chubb refused to extend that policy’s expiration date past Oct. 28, 2020.

As a result, if “Hypnotic” were to go into production in October, as it plans to do, it would only have coverage through the end of the month. That would have worked with the film's previous schedule, but will obviously not be enough time to complete the project.

Deadline reports that the case could be a major legal battle that determines whether or not insurance companies or the productions themselves are on the hook for pandemic-related delays, of which there are many in the entertainment industry. In addition, Hoosegow producers are asking that an extension of the policy not come with a new clause about Affleck or Rodriguez for COVID-19-related issues. 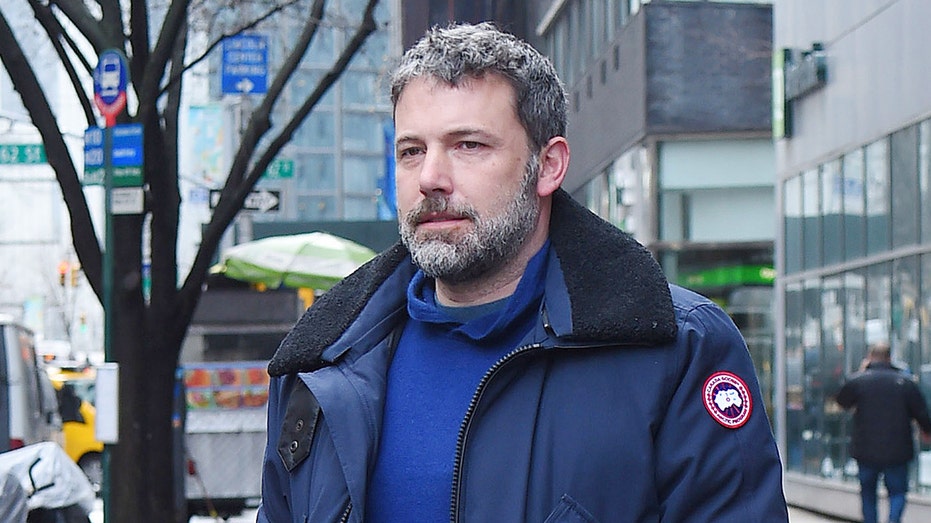 Ben Affleck on the streets of Manhattan on Jan. 23, 2018. (Josiah Kamau/BuzzFoto via Getty Images)

“When production of ‘Hypnotic’ was delayed by insured risks associated with the COVID-19 pandemic, Chubb National refused to extend the policy,” reads a complaint filed in federal court (via Deadline). “Instead, Chubb National offered only to ‘renew’ the policy with a material reduction in the scope of the insurance. Specifically, Chubb National said that the policy would be 'renewed' only with the addition of an exclusion applicable to losses relating to COVID-19, thereby depriving Hoosegow of coverage that it had purchased and that was promised under the existing policy.”

Producers asked for a policy that would expire on March 21, 2021, one year from the start of production, according to Variety. However, Chubb’s underwriting specialist suggests that allowing the Oct. 28 expiration date to stand would be more convenient to match other policies that were being issued.

Meanwhile, producers counter that argument by noting this is reneging on Chubb's promise to extend the policy as needed in the name of convenience on its part.

The producers request that a federal court bring the matter to a trial by jury.

In the event the case does not go the producers' way, it’s possible that “Hypnotic” could be kept on the shelf for good.

09/10/2020 lifestyle Comments Off on Ben Affleck film producers sue insurance company over dispute about covering COVID-19 delay
Recent Posts
We and our partners use cookies on this site to improve our service, perform analytics, personalize advertising, measure advertising performance, and remember website preferences.Ok