Comedian and late-night host Jimmy Fallon summed up the departing Trump administration perfectly, comparing the election to how the hard-working Below Deck crew feels after a group of difficult charter guests finally leave the boat. 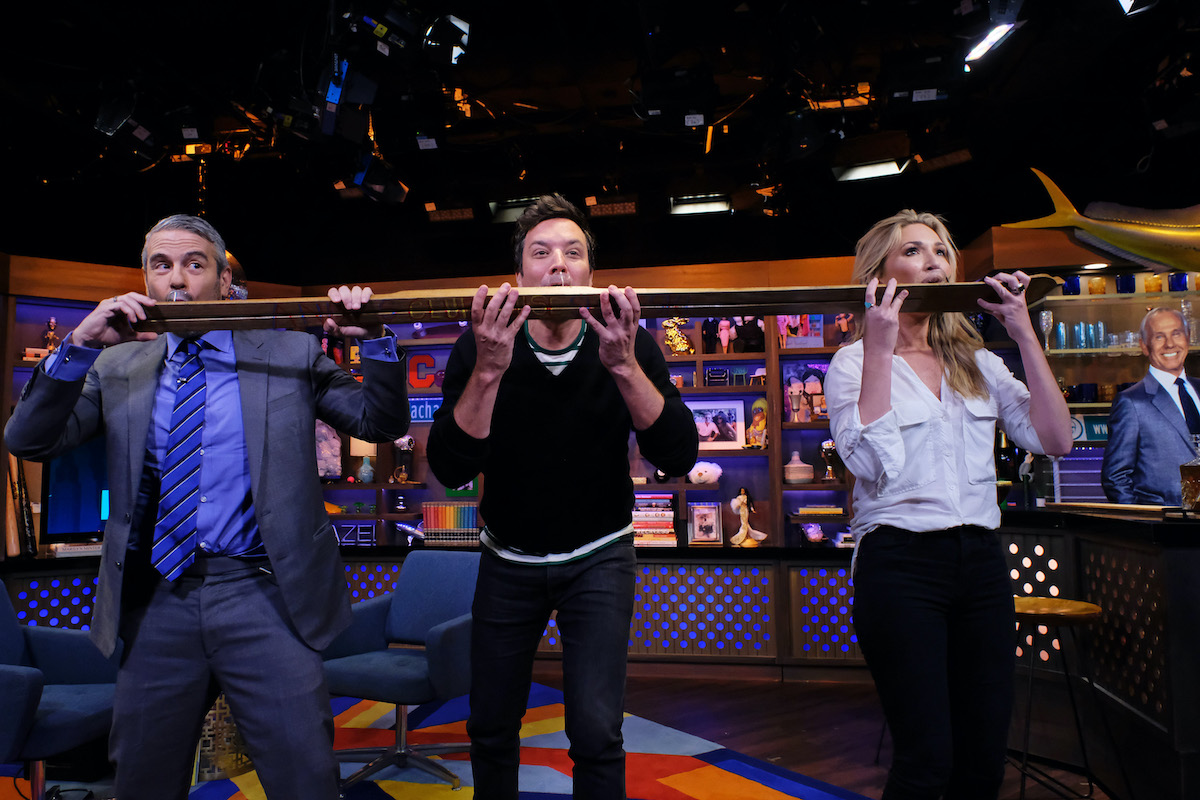 “Seems like [Donald] Trump is out,” Fallon said during his late-night show, The Tonight Show Starring Jimmy Fallon. Several Below Deck cast members shared the moment, including Hannah Ferrier from Below Deck Mediterranean. “Right now Americans are looking at each other like the Below Deck crew after a crazy guest finally gets off the boat.”

Looking flummoxed, Fallon said, “Not even a good tip! Nothing! Meanwhile, the IRS is like ‘We just finished his audit on his taxes.”

Jimmy Fallon is a serious ‘Below Deck’ stan

Fallon is a self-proclaimed Below Deck junkie. He’s discussed the show, getting in on the funny “June, June, Hannah” fodder during Below Deck Med Season 4. “On the next episode of Below Deck Med…,” Fallon shared on Instagram wearing a Sirocco uniform.

Fans and the crew immediately responded with a resounding, “Yes, please!” If someone gets canned from the deck crew, bosun João Franco responded, “Yes!!!

Fallon also joined forces with another Below Deck superfan, comedian Leslie Jones. Jones became heated during Below Deck Season 7 and fans tuned in regularly to hear her commentary. “What you see is what I give y’all,” she explained to Fallon about her commentary. “It takes me three hours to do that. Because I stop. I wash clothes. I call my auntie.” Adding, “I do a lot of stuff when I’m watching TV.”

Jones is also a staunch defender of deckhand Rhylee Gerber. “What is wrong with you?” Jones said to Fallon when he said he didn’t understand why she backed Gerber. “You know, it’s like they are straight gas-lighting this poor girl, and we don’t know how they’re cutting it. I’m not saying that Rhylee don’t have an attitude. But if you are approaching three men who already don’t like you and you are getting that energy … I’m gonna approach you like that, too!”

‘Below Deck’ fans are divided about Donald Trump, much like the country

Some fans appeared to be in on the joke, but Ferrier also received a significant amount of backlash. The election showed the sharp divide in America, which also was apparent on Ferrier’s Instagram post. “Disappointed you have lost me as a fan,” one person replied.

Another person added, “I live in the US and this isn’t good for all of us. Great for the elite actors and that’s about it. The news in the UK is filtered and censored. She may only know what the UK is allowing her to see.” Several people announced they planned to unfollow Ferrier and seemed angry about the election results.

A few others saw it differently. “Yes Hannah!!! Thank you for being on the side of kindness, empathy and equality,” the person wrote. “Cheers From FL.” However, Trump supporters flooded Ferrier’s feed with their fears and complaints.

Below Deck Season 8 is on every Monday at 9/8c on Bravo.

11/10/2020 lifestyle Comments Off on 'Below Deck': Jimmy Fallon Compares Donald Trump To a Terrible Charter Guest Who Finally Leaves the Boat
Recent Posts
We and our partners use cookies on this site to improve our service, perform analytics, personalize advertising, measure advertising performance, and remember website preferences.Ok