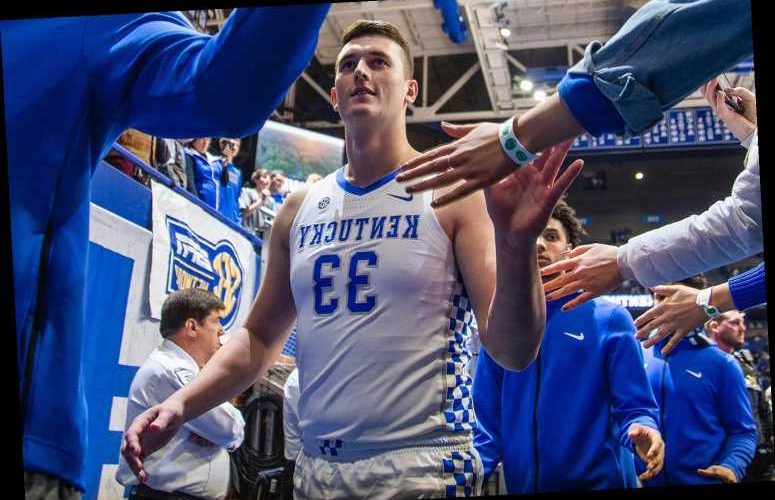 Ben Jordan, a University of Kentucky baseball player who also played on the school's basketball team, has died. He was 22.

Jordan's death was announced by the university on social media Tuesday, and no cause of death was given for the redshirt sophomore.

"We are deeply saddened to share news of the passing of Ben Jordan, a beloved member of both the @UKBaseball (2018-2021) and @KentuckyMBB (2019-20) teams," the school's athletic department wrote. "We offer our condolences to the family and friends of Ben. He will forever be in our hearts."

Nick Mingione, head coach of the Kentucky baseball team, said Jordan would be "missed beyond measure" in a statement shared to Twitter.

"There are no words to express the shock and heartache our team is feeling with the loss of Ben," Mingione said. "He was an absolute joy to coach and be around. His coaches, teammates and brothers loved him dearly. His smile, his sense of humor and love for this university will never be forgotten."

John Calipari, head coach of the basketball team, also paid tribute to the late athlete in a Twitter statement.

"Ben impacted our team last season in so many ways with his kind heart, his big smile and his wonderful personality," he said. "He cared so deeply about this place and it meant so much to him to be a part of this team. We are grieving today over the loss of a teammate and a brother, but Ben will not be forgotten."

Calipari's team played against Alabama on Tuesday night, and wore T-shirts with Jordan's No. 33 on them during pregame warmups, according to the Lexington Herald-Ledger. They also observed a moment of silence in his honor before the game.

"It was a rough day today. It was an emotional day," Calipari told the outlet. "We've got four or five [players] that will go to the viewing tomorrow."

Though Jordan was a pitcher on the baseball team, he joined the basketball team last season due to a player shortage. At 6' 9", he was called in to help compete against star Nick Richards during practice, the Herald-Ledger reported.

The Olive Hill, Kentucky native had made the SEC spring sports Academic Honor Roll for the past three years, and was majoring in biology, according to his player biography. He was also a brother to three younger sisters.

"Ben was a great person and an even better friend," Gage Hughes, who played baseball with Jordan, told the Daily Independent. "He would go out of his way to help others and that was something special about Ben."

01/13/2021 lifestyle Comments Off on 'Beloved' University of Kentucky Athlete Ben Jordan Dies at 22: 'He Was an Absolute Joy'
Recent Posts
We and our partners use cookies on this site to improve our service, perform analytics, personalize advertising, measure advertising performance, and remember website preferences.Ok