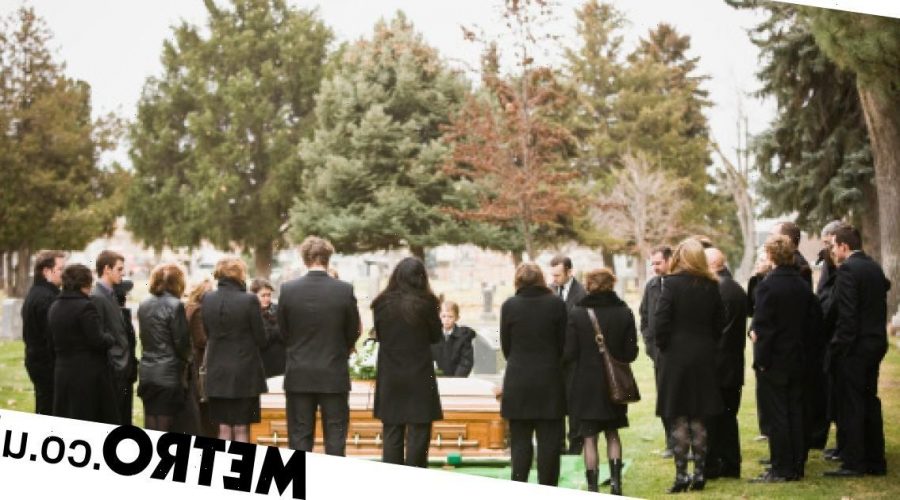 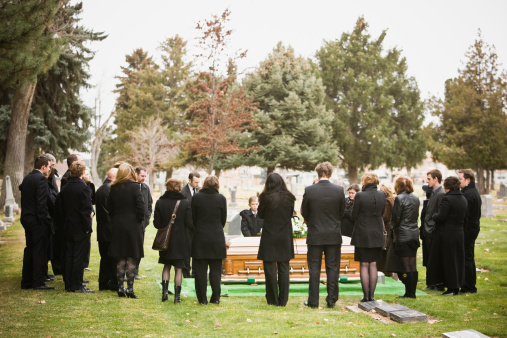 In 2018, after living in England for a year, out of nowhere someone said to me: ‘The Irish are weird’.

Amused, I asked how and they responded, ‘You hang out with dead bodies in your house, that’s not normal.’

The person was referring to a traditional Irish wake, during which we bring our deceased home for a final farewell and a celebration of their life.

I suppose they had a point. Someone commenting on how great my nan’s skin looked as she lay in a coffin was a tad strange (yes, that really happened).

Although, if you were to ask us, we’d think the English are odd for waiting up to a month for a burial.

The past 18 months, along with that comment, have made me appreciate our tradition and the way we treat death in Ireland. Once someone has passed, the family and local community will surround each other for the next few days until the funeral, which usually takes place two to four days after the death.

It is a personal choice, but many will decide to have their body taken home in the days before the funeral. But the period between the death and the funeral is classed as a wake, whether the deceased is present or not.

I think it is a habit that more people should embrace, especially after the pandemic. I don’t think anyone should go through the grieving process alone.

During a wake, clocks in the home will be stopped at the time of death as a sign of respect and mirrors will be covered or turned to face the wall, to allow a safe passing to the afterlife

I believe Irish traditions help us in the grieving process; you are never on your own and you have your loved one with you for a few more days. Your local community will surround and support you during this time.

During a wake, clocks in the home will be stopped at the time of death as a sign of respect and mirrors will be covered or turned to face the wall, to allow a safe passing to the afterlife. These actions may seem weird to some, but I think they are nice ways to pay respect.

Another important part of the event is that someone must always be present in the ‘wake room’ so the deceased isn’t on their own. Whether it’s day or night, there is someone always by their side. It’s comforting to know that they won’t be alone.

Funerals and wakes are big events in Ireland; no matter how small your connection is to the deceased, it is custom to pay your respects.

To give an idea of the scale, often in rural areas, you will see farmers open their fields so that attendees have a place to park. Local soccer clubs will lend out their chairs so there’s enough seating for up to hundreds of guests.

Food, and most crucially tea, is an important custom. Often participants will help the family out by bringing sandwiches, biscuits and home-cooked meals as the house will be too busy to prepare any food.

Wakes are a great time for reflection and sharing memories. After my granny’s death in 2017, we went to her house to find her wedding photo. The search led to others in my family digging out their own albums and we had a night where my mum, aunts and cousins brought up their photos for us all to look at. It was lovely to hear everyone recalling old times.

With the first two wakes that I attended when I was 15, the deceased had decided to remain in the funeral home rather than coming home. This was a choice they made themselves before their passing.

My uncle was one. I’d already seen him at his house after he died, as we didn’t make it in time to say our goodbyes, but visiting him in the funeral home was the first time I saw anyone laid out in a coffin.

Though admittedly, I did hesitate to go as it would be my first time seeing a dead body, I’m glad I did. He looked so peaceful and was wearing an Everton badge from one of the many games he brought my brother to – a lovely touch.

Every other wake I attended had the deceased present in the room, but it didn’t change the atmosphere or how people behaved, it was a completely normal situation.

It is nice having them present, sitting by them and being calling to mind memories with them. There is something comforting about having them there. Maybe it’s because they are home and we have them with us for a while longer.

Or perhaps it’s because once you see their still body, you see them at peace and it’s reassuring to know their suffering is over and they are in a better place.

When the pandemic hit, one of the images that hit me the hardest was of the funeral of Anne Best, one of Northern Ireland’s first victims of Covid-19. The images included the undertaker placing a single white rose on her coffin on behalf of her husband, who couldn’t attend, the other image was by her graveside with the only attendees – the priest and undertakers.

It broke my heart to see people miss out on the goodbyes they deserved, and it seemed so awful knowing that loved ones were left to grieve on their own. It all seemed so unnatural.

While our customs may seem odd to many, I believe more people should embrace how the Irish grieve. Especially after the pandemic, as during the past year, we have spent too much time isolated and on our own. No one should be this way, especially during one of the hardest times of their life.

We should all take time to come together, pause and reflect on the lives that are now gone. There’s nothing weird about that.