Lawyers representing Jason Meade, the Ohio deputy who fatally shot 23-year-old Casey Goodson last week while working on behalf of the United States Marshals Service Fugitive Task Force, released a statement on Thursday alleging that Goodson pointed a gun at Meade before he was killed. Goodson’s family has said that he was carrying a bag of sandwiches and that he was killed on the doorstep of his grandmother’s home.

“At no time did Deputy Meade mistake a sandwich for a gun,” attorneys for the Franklin County sheriff’s deputy said in a statement. “Mr. Goodson pointed his gun at Deputy Meade. There has been confirmation that our client gave verbal commands for Mr. Goodson to drop the gun.”

The statement marks the first time that Meade’s perspective has been provided to the public since the December 4 shooting. It comes as U.S. Marshals, Columbus police and Goodson’s family have all provided different accounts of the moments that led up to Goodson’s death, which police say was not captured on body camera footage.

U.S. Marshal Peter Tobin said Friday that Goodson was driving and “waving a gun” before the shooting, adding that a person told investigators that they heard Meade tell Goodson to drop his weapon before he fired, according to CBS affiliate WBNS-TV.

The Columbus Division of Police, which is investigating the shooting, said Meade “witnessed a man with a gun” and there were “reports of a verbal altercation” before the shooting. Police said they recovered a gun from Goodson, who was not the target of the task force’s investigation but did not say he had been waving a gun before he was killed.  Police also said that they have not identified any eyewitnesses.

Goodson’s family says he was returning home from a dentist appointment carrying sandwiches for his family when he was shot in the back on his grandmother’s doorstep. Family attorney Sean Walton told CBS News that Goodson fell into the home in front of toddlers and his 72-year-old grandmother. 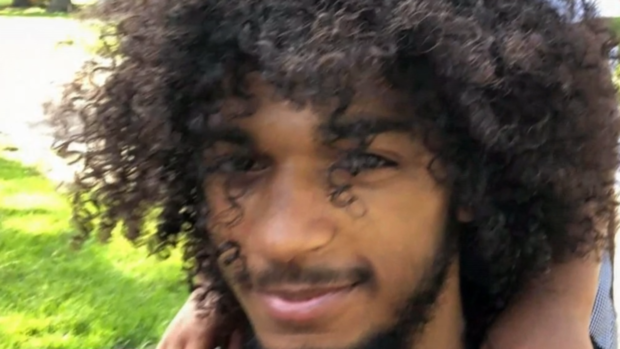 A preliminary autopsy labeled Goodson’s death a homicide, and said he died from “multiple gunshot wounds to the torso.” Meade is currently on administrative duty.

Walton said the family did not see a gun at the scene but emphasized that Ohio is an open-carry state and that Goodson had the proper licenses to carry a weapon.

“We don’t know if he had a gun on him, unfortunately, because we don’t have answers at this point about what happened that led Jason Meade to choose to take Casey’s life that day,” Walton told CBS News. “But, you know, if he did have a gun on him, it would not be a surprise because he had every right to have a gun on him that day. And that in itself is not a crime at all.”

The Columbus Division of Police is investigating the shooting, and the Department of Justice announced earlier this week that it would also review the case for potential civil rights violations.

Columbus Police Chief Tom Quinlan issued a statement Thursday asking the public to withhold judgment until a full investigation has been completed.

“But please understand- fast answers cannot take priority over complete answers,” he added. “Information that answers the immediate questions of today has the potential to compromise a just outcome tomorrow.”