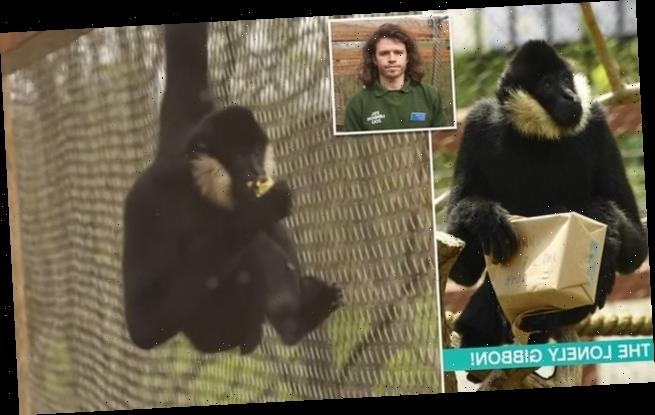 ‘Lonely’ London Zoo gibbon who’s missing the company of visitors over lockdown has taken to ‘performing’ for passers-by in nearby Regent’s Park, his keeper reveals

A London zookeeper has revealed one of the gibbons has been so lonely during lockdown he’s been performing to passers-by in nearby Regent’s Park.

Jimmy the Northern white cheek gibbon has been so desperate for company since London Zoo closed last year that he’s taken to swinging around and ‘singing’ to people in the park, which borders part of his enclosure.

Primate keeper Nick Burnham appeared on This Morning today where he revealed the 30-year-old animal is the most sociable at the zoo and is desperately missing visitors, particularly children and toddlers. 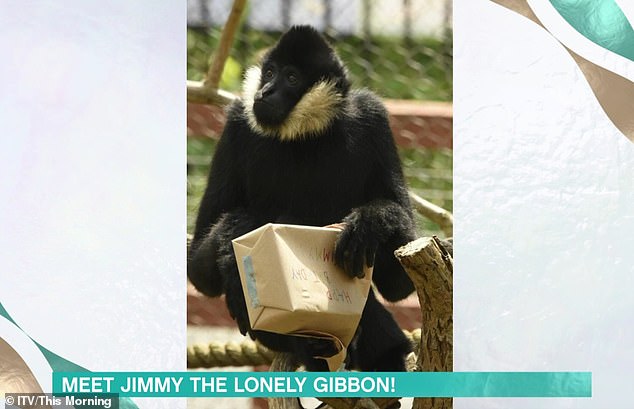 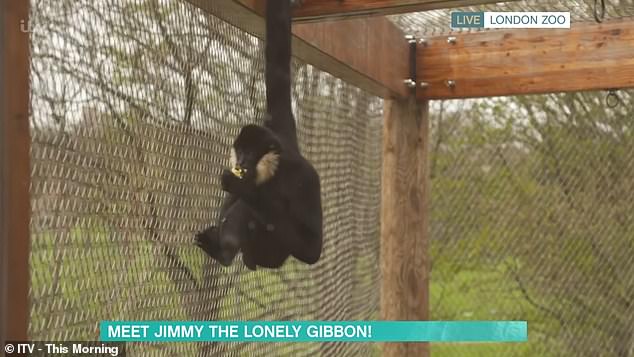 ‘Jimmy is the animal at the zoo who loves people the most, he’s so interactive at the zoo’, said Nick.

‘So actually when the zoo has been closed, people have been coming to the part just down there and coming to see him and he will swing along, he’ll sing towards them.

‘When people come up to the glass he interacts, particularly with toddlers and younger kids because they’re similar heights and he sort of runs around and follows them.’

Nick said London Zoo are hoping to open once again when Covid restrictions loosen on April 12th but until then he’ll continue to be ‘creative’ with keeping the animals entertained. 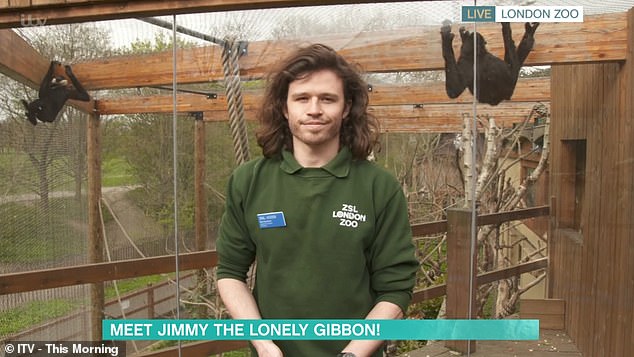 ‘This year we’ve been open a bit, closed a bit, closed for quite along time, primates, particularly gibbons always need some stimulation and want to be enriched throughout the day.

‘We’ve been trying to be as creative as we can, for example Jimmy’s birthday last year, we wrapped up his food so he had all these presents just to keep him busy and occupied all day which was a fun one.’

Nick added: ‘They are brilliant apes and a lot of people tend to assume they’re monkeys,but they’re apes, and they’re really very similar to us and have so many cool characteristics.

‘So it’s brilliant we can see them today and people can hopefully see them very shortly.’ 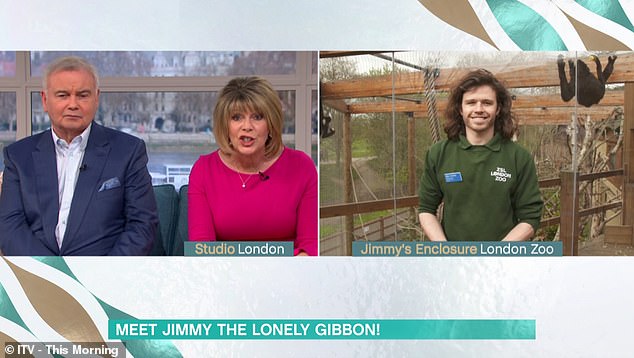 Nick added to hosts Eamonn Holmes and Ruth Langsford: ‘They are brilliant apes and a lot of people tend to assume they’re monkeys, 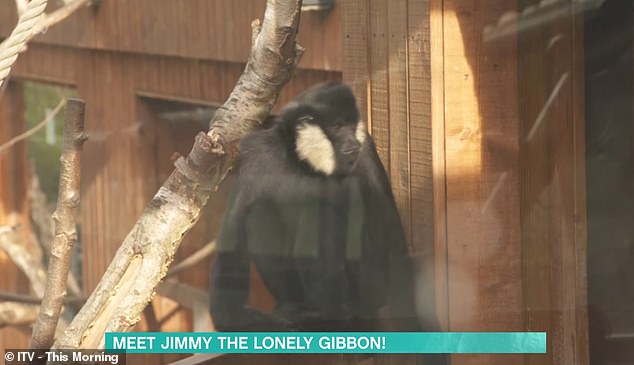 Primate team leader Dan Simmonds spoke in April last year of how bereft Jimmy has been without any humans to keep him company.

‘Jimmy follows people as they walk around his enclosure, swinging from branch to branch glancing back all the time to check they’re keeping up,’ said Dan.

‘He even plays hide and seek with people – once you catch his eye, he’ll jump to another area of his home and peek from behind a branch and if you don’t chase him he comes back to try to encourage you to join in.

‘He has been singing every morning, and with the city so quiet this beautiful sound can be heard clear across Regent’s Park in London.