‘As a young model I felt powerless to refuse risque shots and the shame still lingers’: FRANKIE PARK reveals the exploitation she witnessed first-hand in the fashion industry at the age of just 14

Tucked away somewhere in my loft are pictures from my first modelling shoot. They show how, at 14 years old, I had already mastered the art of the moody stare.

Those photos, part of an advertising campaign for a local jeweller’s, were the start of a lengthy and successful modelling career which today still sees me working for leading magazines and on programmes such as This Morning.

So those pictures should make me proud: at 52, I know I’m lucky to still be in demand in a world where you can easily be chewed up and spat out by 30. Yet I can barely look at them. Because, when I do, I recall only the helplessness I felt, not just then but time and again as a young model.

For alongside those photos were others taken at the same time by a photographer happy to exploit my teenage nerves, who made it clear that my passport to success required me to pose in a skimpy see-through negligee. 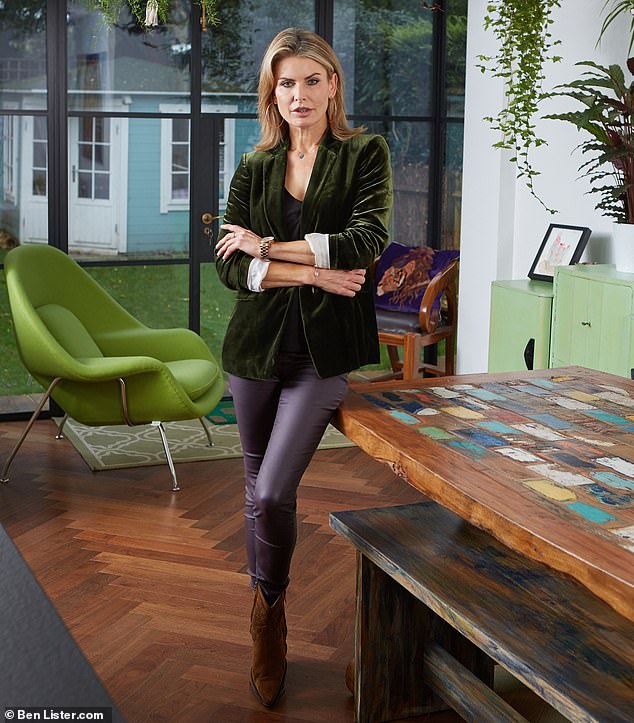 That I complied remains a source of shame to this day — so much so that I have never before told anyone: not my parents, my friends or my two teenage sons.

Back then, the culture in modelling was one of shut-up-and-get-on-with-it, whether it was taking off your top on a photoshoot, being asked to smoke drugs to ‘loosen up’ or enduring the lascivious glances — and sometimes more — of the men wielding the camera.

It’s something Kate Moss highlighted recently, saying she had felt pressured as a young model to take part in shoots that made her desperately uncomfortable. ‘I didn’t like it at all when I first started,’ she said. ‘I wouldn’t let my daughter do it. She’s 15 and to think I was going topless at her age, it’s crazy.’

It isn’t the first time she has shed light on less-than-pleasant experiences. Six years ago she recalled that the 1992 Calvin Klein photoshoot with actor Mark Wahlberg, in which she was pictured astride him topless, left her so anxious that she couldn’t get out of bed for two weeks.

She recalls: ‘Nobody takes care of you mentally. There’s massive pressure to do what you have to do (and) I didn’t like it. But it was work.’

Like Kate, I understand the pressures that were placed on young models until quite recently. Turning up at a studio to find there was no private area to change, so you had to disrobe in front of the predominantly male technicians, photographers and assistants. Arriving for what you thought was a fashion shoot, to be told you were doing a lingerie shoot as well. Putting up with the occasional misplaced hand. It was seen as all part of the job, and woe betide you if you made a fuss.

The worst part? Far from being disgusted, until recently my main feeling was fear that anyone would find out.

Growing up, it never occurred to me that I might become a model. My childhood was relatively happy and stable, and with a flair for performing I dreamt of being an actress. 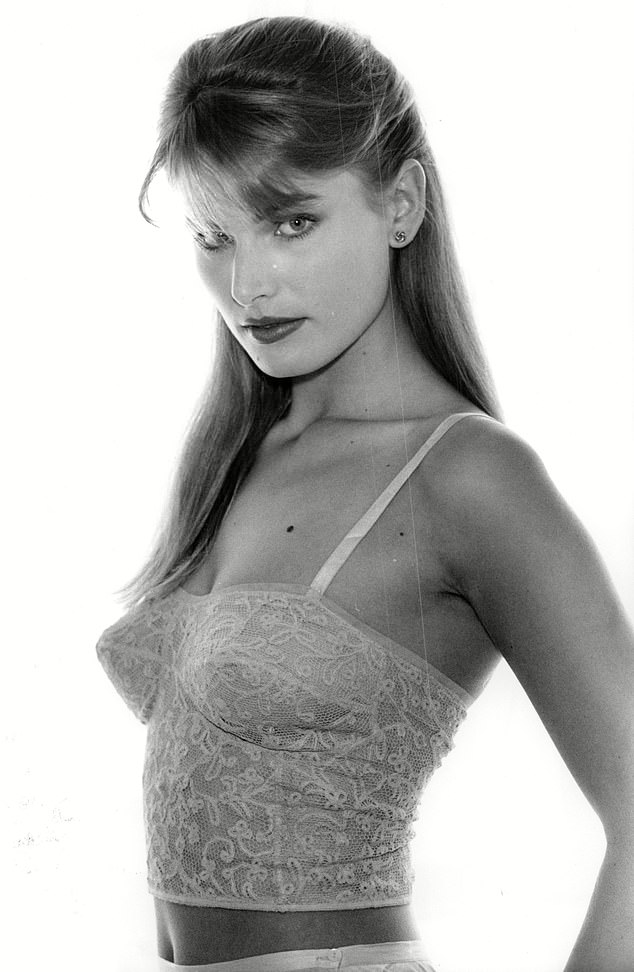 But by my early teens, my height — I was tall and skinny — and blonde mane meant that more than once, while out shopping with friends, I was approached by talent scouts asking if I had considered modelling.

I was 14 and, while I may have looked a good two years older, I was still a wide-eyed schoolgirl. At first I laughed them off, then a local jeweller asked if I would model necklaces and earrings and I agreed.

Here was a chance to earn decent money doing something fun — the fee was £100, a lot for a morning’s work in the late Seventies, and if it went well there would be more.

I was nervous but excited when I turned up, as arranged, at the photographer’s flat one Saturday morning.

How common is workplace sexual harassment?

It all felt so innocent, my dad’s only concern was that it might interfere with my homework — so nothing could have prepared me for what happened.

Handing me a see-through negligee, the smiling photographer, a man no older than 30, told me we needed to take some initial photos and if they went well I’d get the actual job. I needed to put the negligee on and take everything else off.

Even now, I can recall my horror: this wasn’t what I’d expected. Yet he was the grown-up and I’d been brought up to do as I was told.

Tentatively, I asked if it was OK to keep my bra on. ‘No. Everything off!’ he told me. ‘There’s a good girl.’

There was no one else there. Just me and him: the predator, the man offering me something dreams were made of. 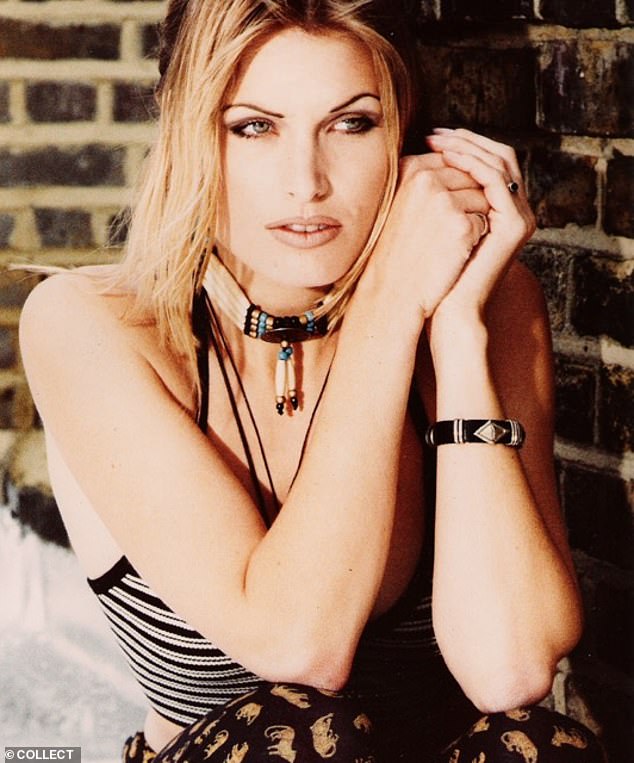 ‘I’m keeping my knickers on,’ I mumbled. He said that was OK for now as he smilingly manoeuvred me into position, back to the window so my naked silhouette was outlined by the sun. ‘Relax,’ he said as the shutter started to click. It was all I could do to choke back my tears.

After what seemed like hours, he put down his camera and told me to come and sit on his lap. ‘Think about how much you want this job,’ he told me, slapping his thigh.

I felt sick — yet in that moment I also felt I had no choice. All he wanted me to do was sit there while he put his hand on my thigh and my heart hammered in my chest. Yet the powerlessness I felt has never left me — nor the shame.

Even as a confident, successful mum of two, I still worry that people will judge me for what happened that day.

I never saw those negligee photos but I did model for the jewellery shop. By the age of 16 I had an agent, and in between studying for exams I was regularly modelling for newspapers and magazines.

A lot of it was fun: I did local catwalk shows, magazine shoots and small jobs for local businesses.

I was paid well and largely treated well — enough to make me think that I could make a career of it for a while. So shortly after my 18th birthday I moved to New York, where I was signed by Wilhelmina, then one of the hottest model agencies in the city.

It wasn’t long before I was being signed for jobs that paid $1,000 a day — big money now and even bigger money back then. 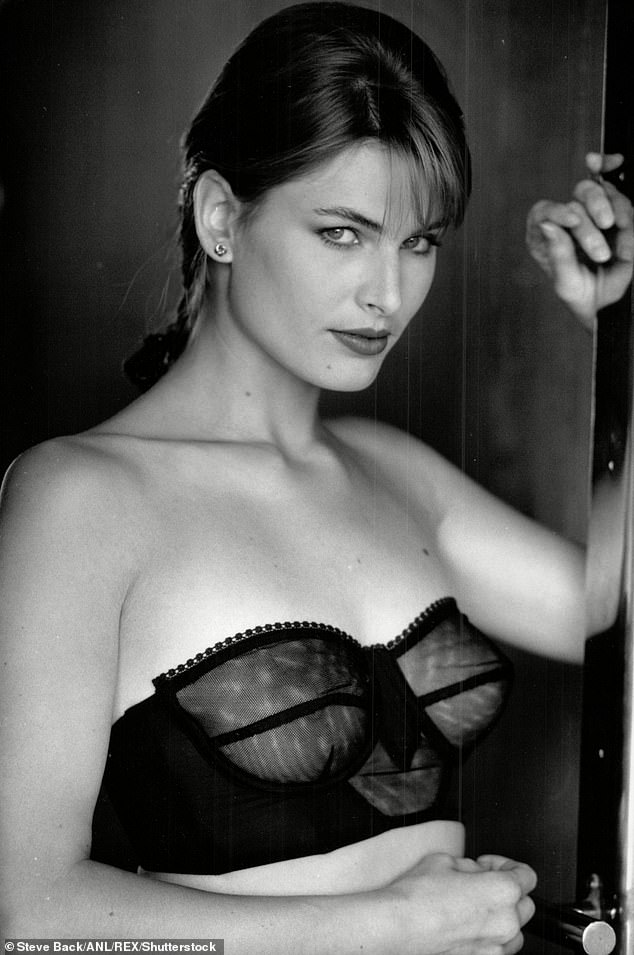 This was the Eighties and New York felt like the centre of the world, its pulsing heartbeat the famous Studio 54 nightclub. Night after night, photographers, models, musicians and stars from Madonna to Wham! would congregate there and although I was only 18, the expectation was that I would be there, too. ‘You’ve got another invitation,’ my booker would tell me. ‘Don’t miss it.’

Drugs were as much a part of the scene as ra-ra skirts and pixie boots, and while I vowed not to get sucked in, it quickly became clear that for some photographers taking drugs was part of the brief. My agency was excited that I was working with one well-known photographer, but on a shoot with him I was handed a joint. ‘I’d rather not,’ I spluttered. ‘If we want to really get the shot I need you to do this,’ he told me.

It is hard to convey how overwhelming it was: in that world the photographer was God, and I knew only too well how angry my agent would be if word got back that I’d upset him.

Taking a deep breath, I grabbed the joint, my head spinning as I inhaled the acrid smoke.

I spent the night throwing up, partly horrified by what I’d done, partly terrified that word would get out and I would be judged. Only now do I know that what was happening to me was also happening to many of my peers, who like me adopted a code of silence. The first time some of them ever spoke about it was after I mentioned I was writing this piece.

One friend revealed that she, too, has lost count of the occasions on which she was groped, stared at and humiliated. 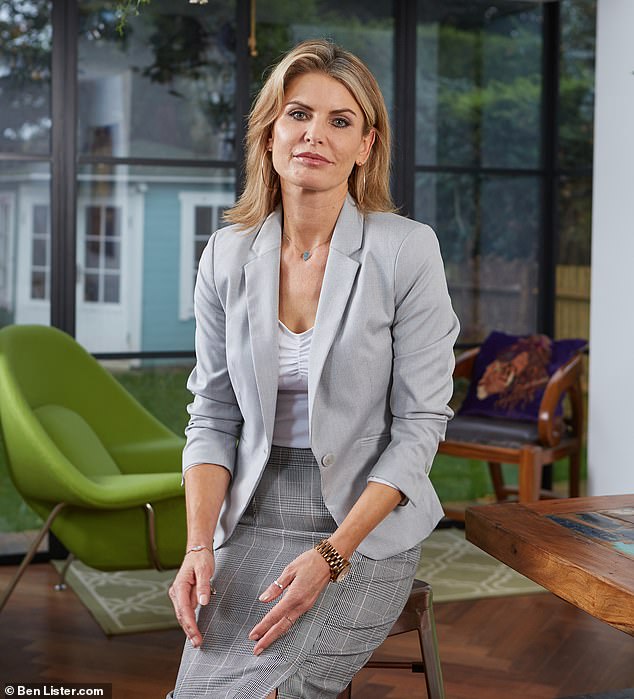 She also learnt there was no point in making a fuss: our bookers and agents might not have said it explicitly but the message was clear: if you wanted to be successful, you did what it took and didn’t upset the applecart.

Returning to Europe in my early 20s, first Paris, then London, I realised the culture was the same here, too. Certain photographers — some of them well respected and still working today — just made you feel seedy. Their eyes would linger where they shouldn’t, and they would make crude comments about your figure or your underwear.

Most of the time you took it — although when one French photographer came up behind me and rubbed his erection against my bottom, I couldn’t help myself: turning round, I slapped him in the face.

His reaction? To spit at me and call me crazy.

When I confided to my agent that I had walked out of the shoot, she showed no sympathy. ‘Well, you’re obviously never going to work with him again,’ she said, rolling her eyes at my prima donna-ish behaviour.

Another French photographer barked at me to ‘get my knickers off’ because otherwise my knicker line would be visible in the shoot. I knew he was lying.

Of course, it wasn’t all bad. A lot of it was fabulous. Work took me all over the world, from Trinidad to Turkey, Arizona to South America.

On good shoots, with respectful photographers and a fun crew, it could feel like being paid to go on holiday. 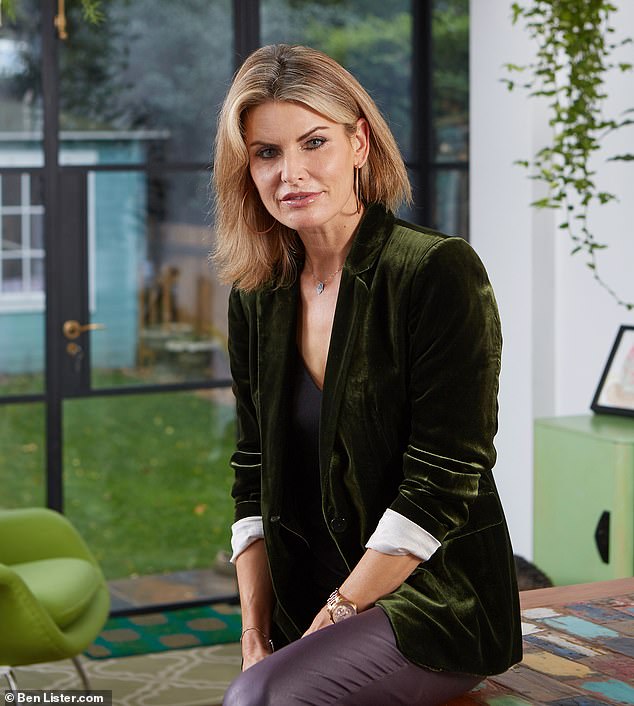 Yet it could also be crushingly lonely, and you didn’t have to look far to see the legacy of addiction, anorexia and promiscuity that often went hand-in-hand with the glamorous beaches, bars and boutique hotels.

That was one reason why, as I entered my 30s, I decided to take a step back, putting my family first. I later did some acting work before, in my 40s, I tentatively contacted one of my agents who said there was a lot of work for older models.

Returning after a long absence was refreshing. I was no longer a frightened girl or insecure twentysomething desperate to please. Now I’m in control. It helps, of course, that sometimes I am old enough to be the mother of the people behind the cameras.

The fashion industry has changed too: these days that person behind the camera is just as likely to be a woman.

Many leading magazines, Vogue among them, now refuse to work with models under 18, while those who are underage are required by law to have an adult chaperone. And the presence of a cameraphone on a shoot can prove a handy deterrent.

More than anything, I’d like to think that, even before the advent of #MeToo, our young men are learning to treat women with a respect that was often absent in my youth. It seems true of my sons, both of whom were genuinely shocked when I confided my reasons for writing this piece.

‘That just wouldn’t happen now, Mum,’ one of them told me.