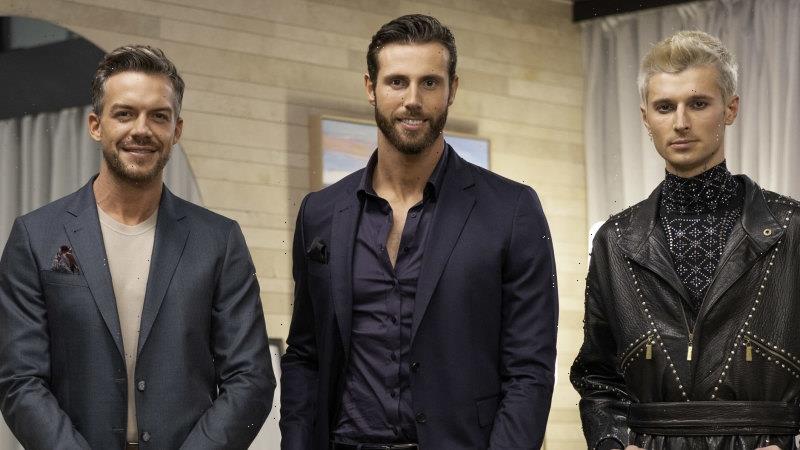 Unless it’s overdue bills, court cases or mouth ulcers, having three of something is usually better than having one. But is that the case when it comes to The Bachelor? Do we need triple the amount of scenes of soul searching while looking at the ocean? Do we need three men having conversations about how hard the process is for them with a woman who’s a neurosurgeon and has been balancing on stilettos while navigating a pool area for 12 hours? Is Osher getting three-times his usual salary for having to remember three men’s names (he deserves it just for being an absolute delight, but that’s besides the point)?

Well, it turns out that The Bachelors is not like having mouth ulcers at all. Having three of them is actually good. 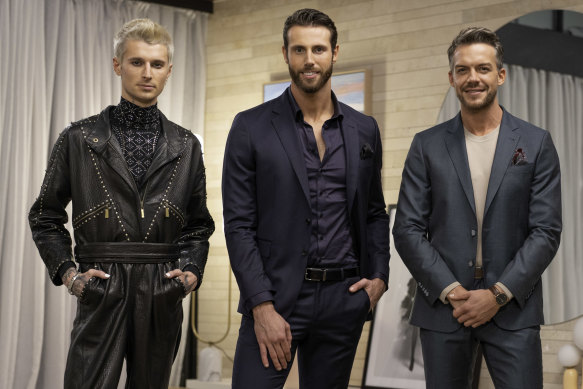 The logic here is if there isn’t enough of an inner life in one Bachelor – which usually needs to be pulled at like a kitten unfurling a ball of yarn – to power a whole season of the show, there are two other guys to carry the narrative load. Changing the premise gives season 10 permission to be sillier and somehow imbues the contestants with an even more reckless energy, a delirium that you can only really achieve when you’re staying in a rented mansion on the Gold Coast.

There are three Bachelors – or one for every taste, if one’s taste only extends to the gamut of Neapolitan ice-cream flavours – who each get to pick 10 contestants at the beginning of the season. The bachelors are Jed (a songwriter, professional drummer and eyeliner enthusiast), Felix (an ex-basketballer who says things like “I have never in my life been called upon to make a cup of tea”) and Thomas (quite similar-looking to Felix, but has an accent and is into wellness). The Bachelors were presented with engagement rings at the start of the show, which isn’t that dramatic as marriage contracts are far easier to get out of than the contract you have to sign to be on this show.

Now that we’re in week two, it’s clear that The Bachelors is a white linen suit absolutely packed with rippling drama. So far we have flabbergasted Felix finding out that one of his contestants, Jess, has a boyfriend on the outside world (He’s fine with it! Probably!) and is trying to “figure out” monogamy. This makes Felix’s quest to propose monogamous marriage to her quite problematic.

A loquacious young woman named Tash took on the role of town crier, using any opportunity to take to the marketplace (rose ceremony cocktail party) and make pronouncements. She’s the one who told Felix about Jess’ boyfriend and, to justify herself, tells a group of women: “Well I didn’t tell Jed that Jasmine has an OnlyFans!” The women are scandalised. Then the time comes to “confess” the truth to Jed. Jasmine asks for some alone time on the poolside cabanas with Jed, takes a deep breath and tells him that she has an OnlyFans. Jed says “that’s fine”. So disappointing for Tash! 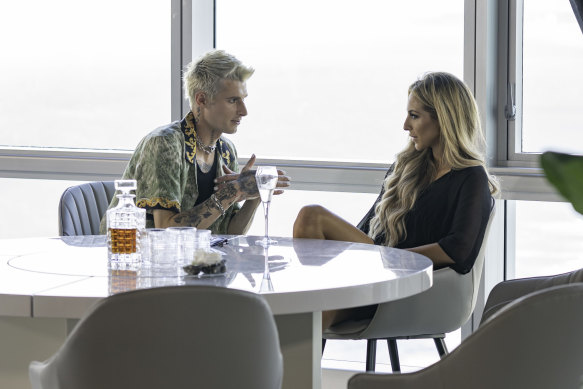 Jed has a private chat with Tash on The Bachelors.Credit:Network 10

Having three Bachelors not only encourages viewers to compare how each of the men approaches the show; the Bachelors are comparing themselves too. Compulsively, the men fish for gossip as if trying to get their footing in this strange new arena. Jed at least always prefaces these expeditions with “I don’t like drama”, which is a bit rich coming from someone with a penchant for mesh T-shirts with sequinned skeletons.

The trio debrief in the “Bach Pad” about the dates they went on that day.

Jed gets emotional talking about his date with Alésia – who he invited to a forest at night to watch him play the drums while a smoke machine went off behind him – because she has reminded him that, despite being bullied for his flamboyance his whole life, “you can wear an outfit like this and have a beautiful woman who does accept you”. “You’re a shell of your former self and I love it!” says Felix, while Thomas nods encouragingly. “I’m really proud of us being vulnerable,” says Jed. “Yeah!” says Thomas. “Look at us!” says Felix, before encasing the other two men in a hug. Is this … men?

Probably the most surprising element of the show is that more Bachelors means more choice for the women in the house – apparently you don’t have to dance with the one you came with. The blokes are always being compared to another bloke, so they need to behave. (On Sunday, Felix was told he was in “the dog house” by his contestants, who were mad he publicly kissed one of them. “Have some respect, you’re in a group setting!” said Krystal. Felix promised he would kiss more “evenly” in future.)

Jasmine decides that Jed doesn’t suit her values (her values are hating anyone who likes Tash) and asks Thomas if she can switch to him. When Jed offers Jasmine a rose she declines … but instead of going home, waits on the podium for Thomas to offer her a rose. Which he does! Bachelor swap successful. Before Felix can even hand out any of his roses, a woman named Yuri steps forward and says, “There are certain qualities I desire in a man and you don’t have them” and leaves the show! The very next morning three more contestants (including Tash) leave the house, in protest of Jasmine’s boyfriend switch. They accuse Jasmine of “looking for airtime” – which is previously what Jasmine accused them of doing – which apparently is an insidious thing on a reality show.

Just like that, the Bachelors must contend with a terrifying new world in which their dates can defect voluntarily. “We have a say,” says Krystal. “We can jump ship!” Suddenly Felix is anxious that some of his contestants will also leave him for Thomas. “Tommy is a threat!” he says, before noting that Jed is “alternative” and therefore not a threat. Things have changed!

01/18/2023 lifestyle Comments Off on Are three Bachelors better than one? Let me count the ways
Recent Posts