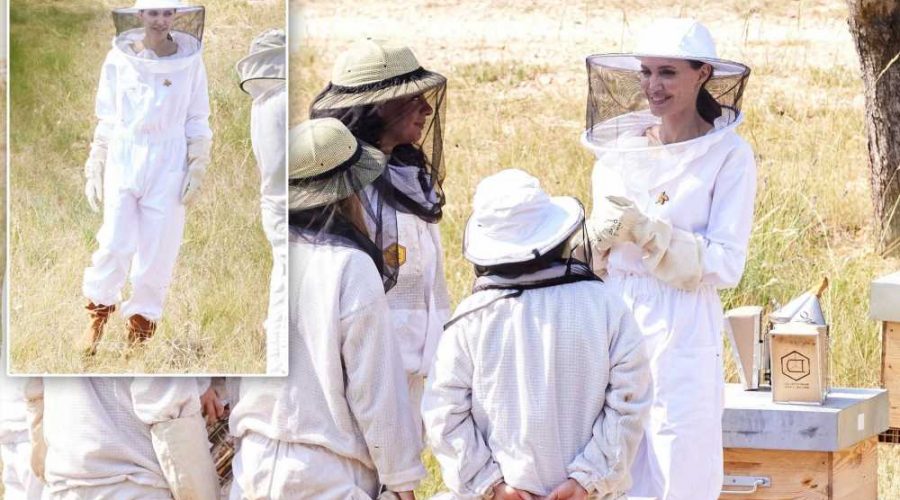 Angelina Jolie managed to make a full beekeeper’s suit look glamorous as she presented graduates of the French Apidology Observatory with their diplomas Wednesday. 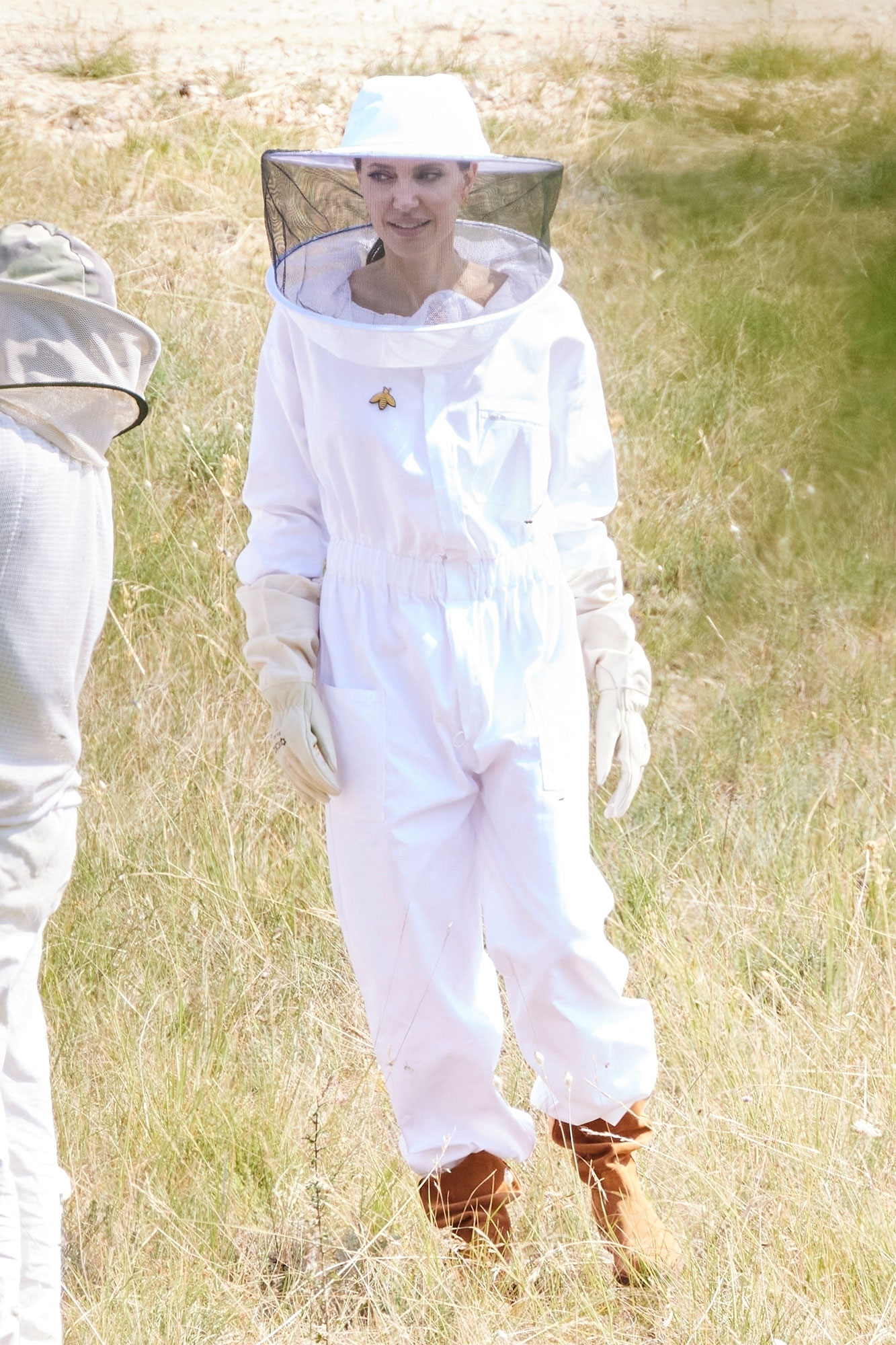 Jolie partnered with French fragrance and cosmetics house Guerlain for the “Women for bees” project, along with UNESCO and the Observatoire Français d’Apidologie. 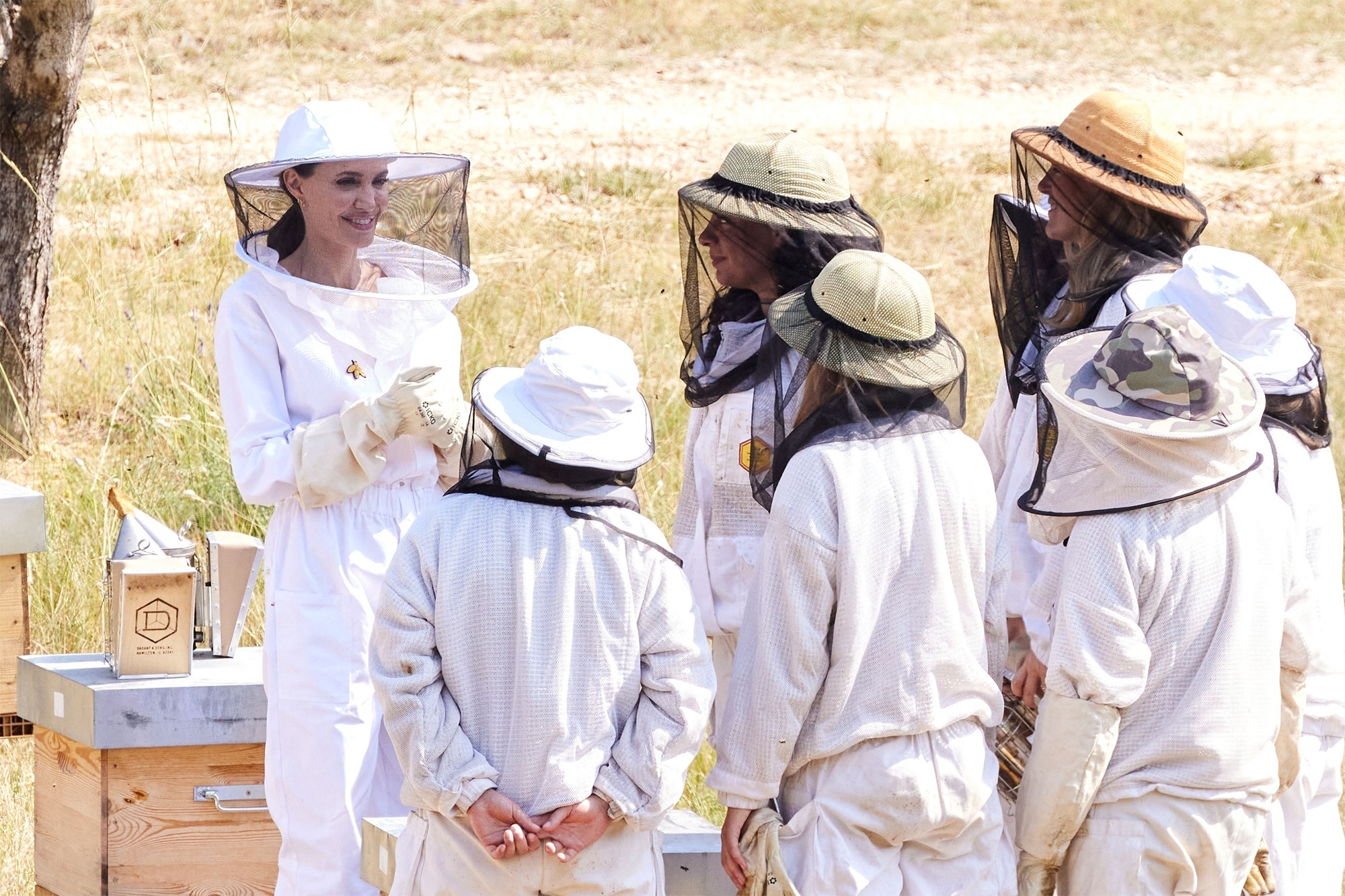 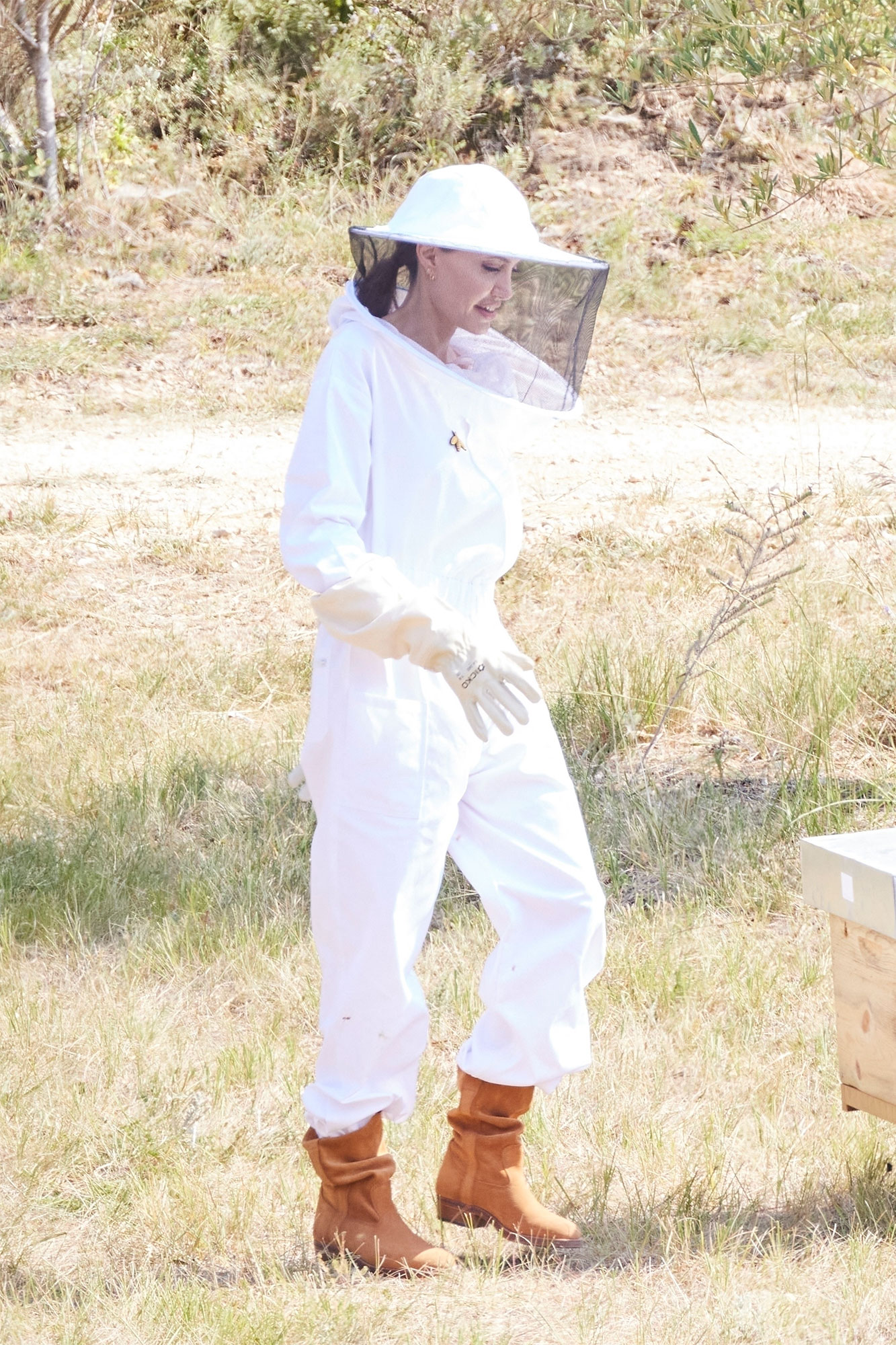 “Over five years, 50 participants will learn the theoretical and practical bases of beekeeping, including the running of a professional apiary.” 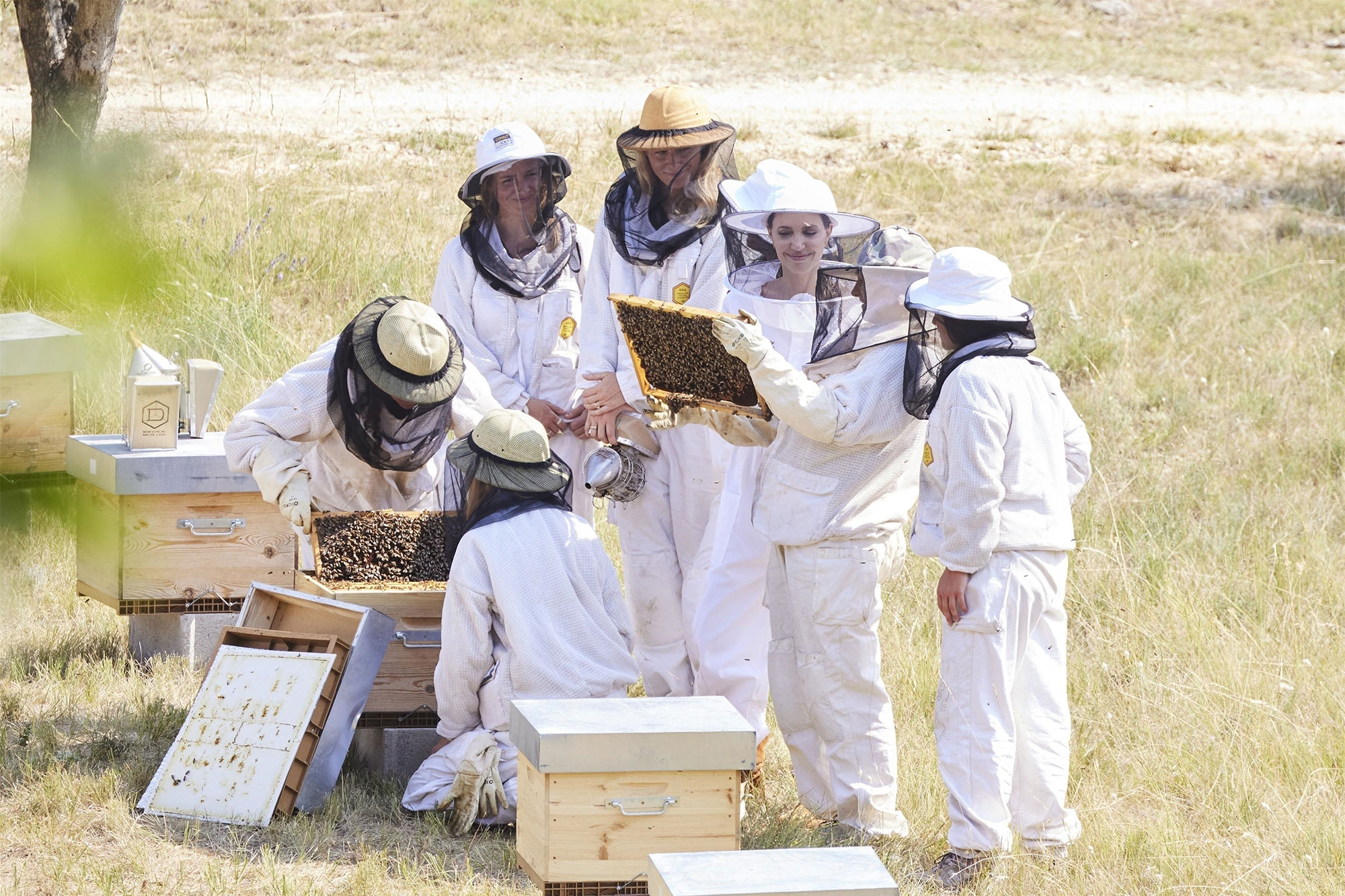 “At the end of the training, participants will have acquired all the protocols allowing them to sustain the life of their bee colonies and to become fully professional beekeeper-entrepreneurs, and members of an international network of female beekeepers.” 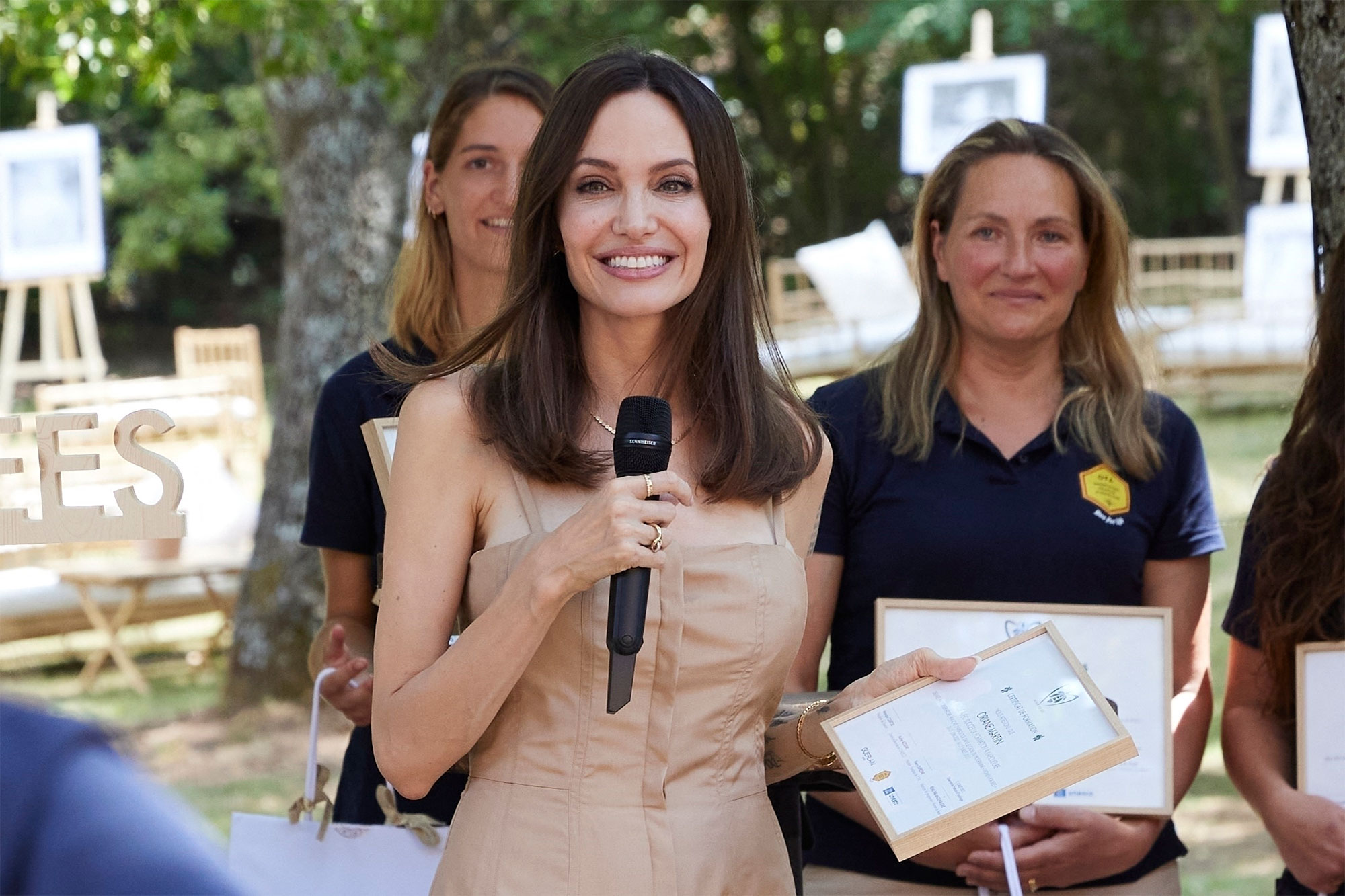 The program began on June 21, which means Jolie was presenting the inaugural class of the program with their credentials. She wore a tan dress and sandals for the presentation part of the ceremony, switching into the more familiar beekeeping outfit — which she paired with a set of chic boots.

Jolie, 46, joins David Beckham and Red Hot Chili Peppers bassist Flea in the ranks of celebrity apiarists. The Sun reported in September that Beckham “has become a bit obsessed” with beekeeping over the course of the pandemic lockdown, “and even built a hive” at his family’s home. 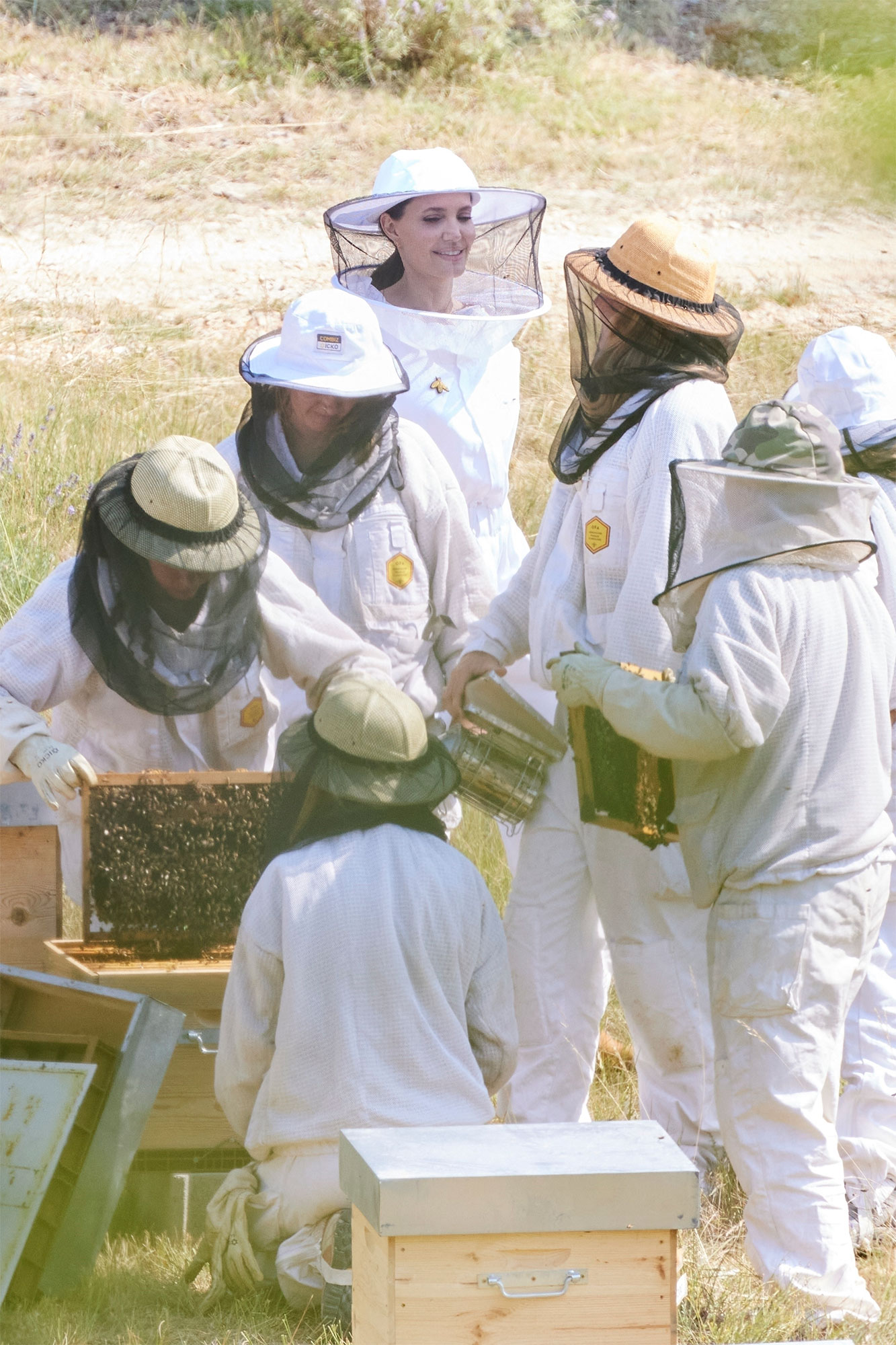 Flea began learning about bees in 2015, Modern Farmer reported in 2016, and has since raised (built? midwifed?) three hives totaling over 200,000 bees, which he frequently posts about on his social media channels. 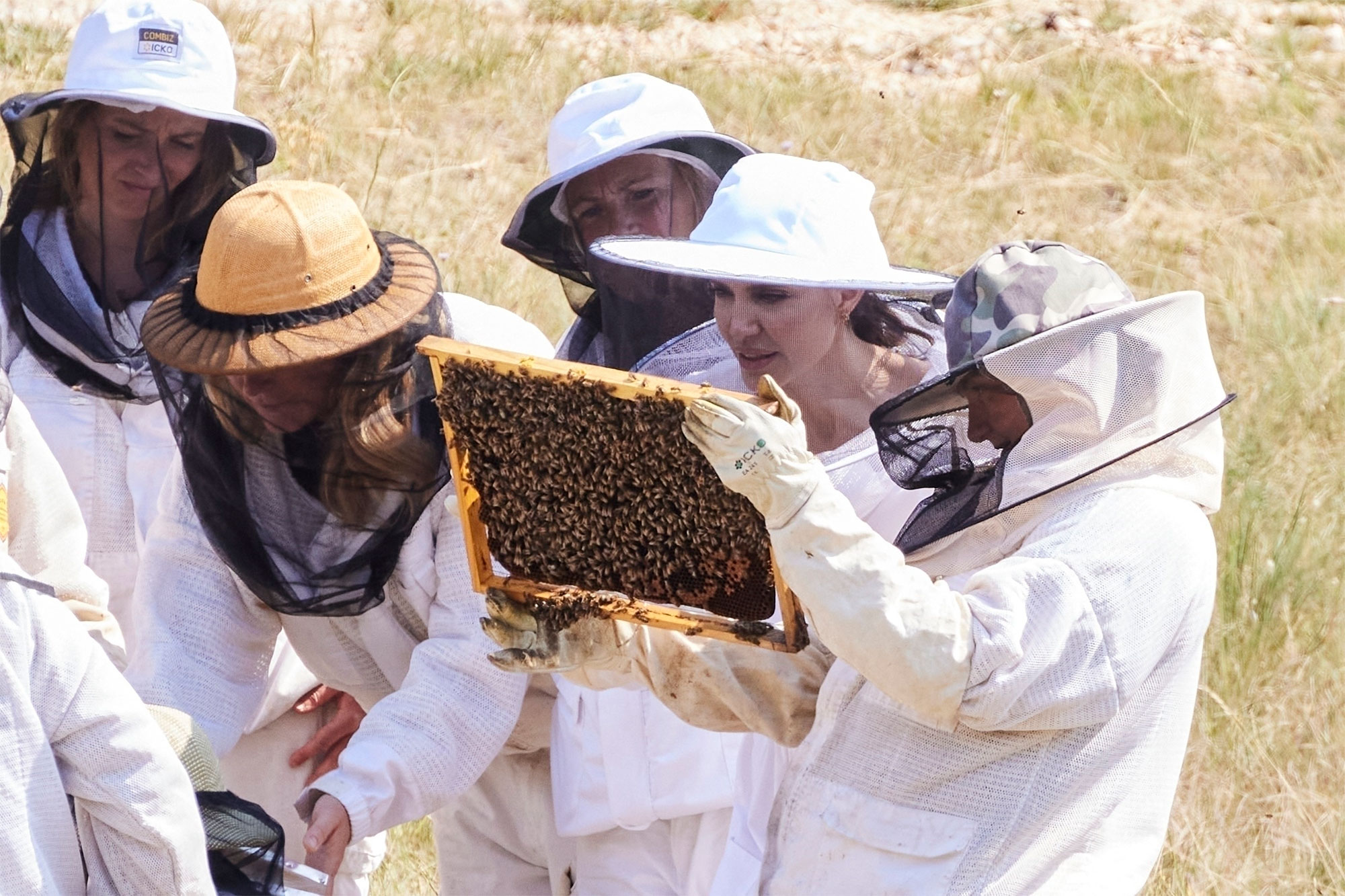 Jolie’s France trip may take some of the sting out of (sorry) her custody battle with ex-husband Brad Pitt. Last month, it was reported that half of the couple’s children sought to testify against Pitt at a custody hearing, but Jolie claimed the judge would not let them. 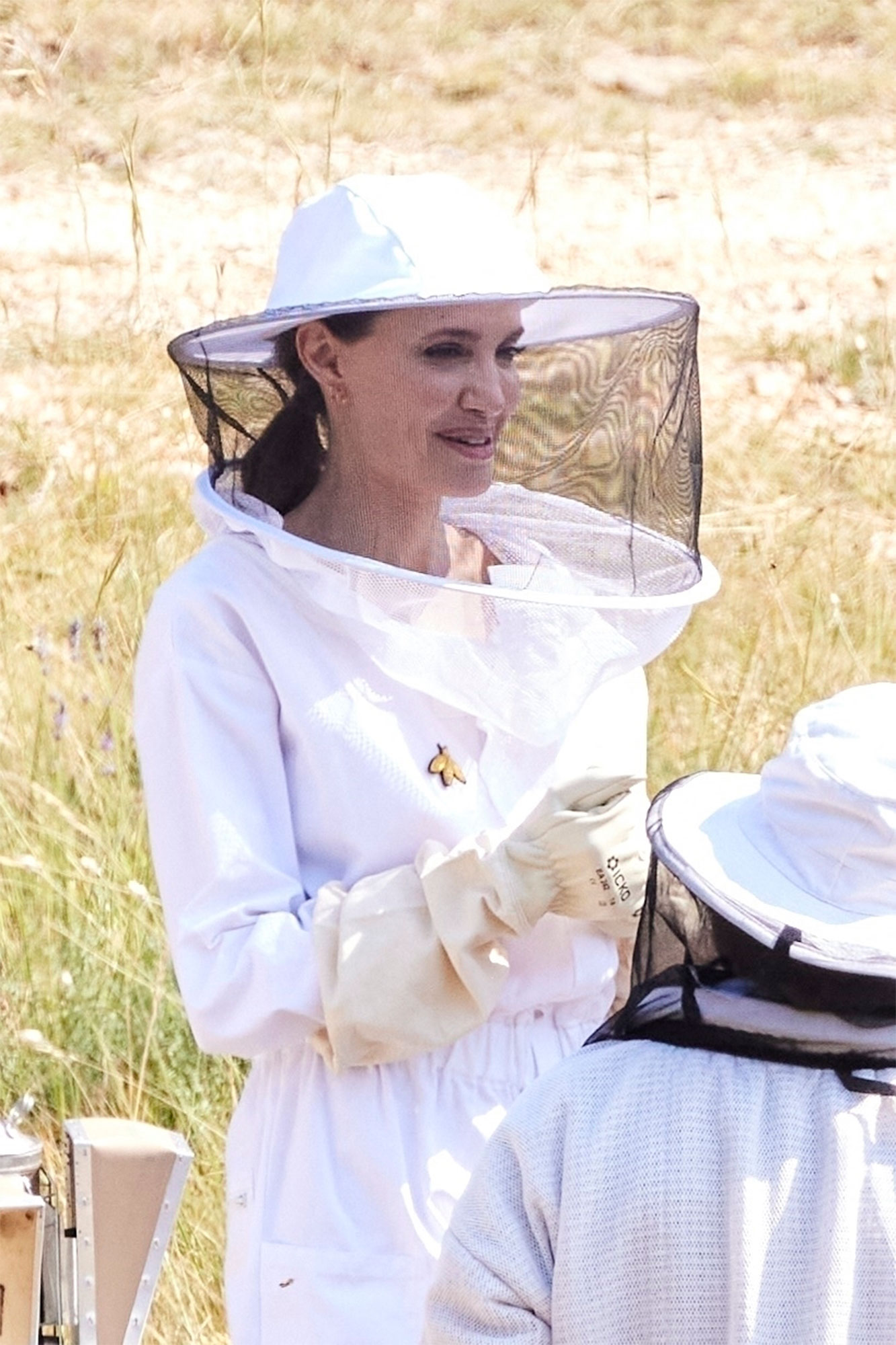 The “Maleficent” actress, meanwhile, has been setting tongues to wagging by repeatedly stepping out with music star The Weeknd, though one source opined to Page Six that their relationship was strictly business: “He’s definitely focused on getting to the movie business. He has the new HBO series he’s starring in.”