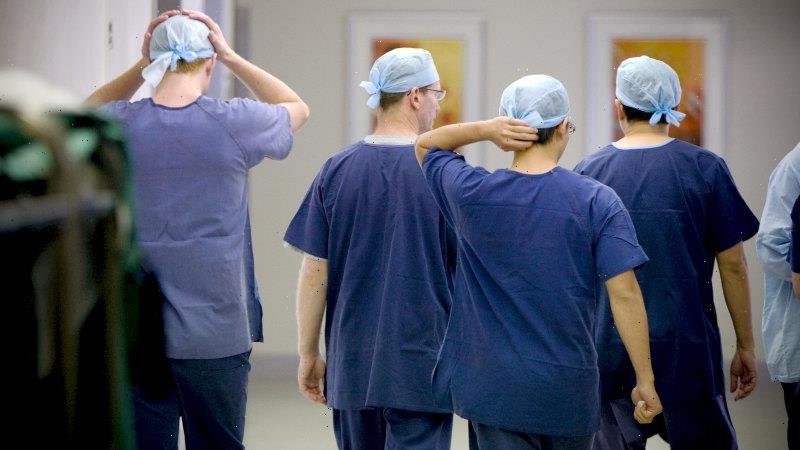 Victoria’s health system is a shambles. The people who rely on it and work in it must demand better. Now.

Both the government and the opposition carry blame. There have been decades of under-investment and negligent willingness to put it off for another day.

The system has stayed afloat on the back of dedicated staff who work ridiculous hours and do extraordinary things because they care about their patients.

But real fixes can’t be delayed any further. It is simply unacceptable that neither side in this campaign has given any serious attention to short-term answers.

Both have promised new hospitals, and that’s good. But what happens through the years they take to build?

More grieving families with stories of lives that may have been saved if the triple zero service and the ambulance system had worked properly?

More cases of small children waiting in pain for double the recommended time to get surgery that will change their lives?

More elderly people being told they are not an urgent case when their pain is so bad they can’t get out of bed?

The pandemic has highlighted this but it did not cause it. The system was already stretched and patients were already suffering. Labor says it has pumped in $12 billion over eight years. The money isn’t working. The system remains dysfunctional.

How many more doctors have to risk their jobs to break the government gag and explain what is really happening?

This week the chief executive of Western District Health, Rohan Fitzgerald, spoke to me about the “third-world” hospital he runs in Hamilton. Thirty minutes before he came on my show he was told by health officials not to talk. Risking his job, he spoke anyway.

Then on Thursday, Professor Mark Fitzgerald, head of trauma at The Alfred, went into battle for his staff and patients. Mark Fitzgerald has gentle eyes and a warm smile that rarely dims. He’s no politician. He hates the limelight. But the time came and he stood up.

With others, he helped build The Alfred into one of the best trauma centres in the world. He has given his life to helping sick and injured people in this state.

That didn’t matter when he approached the premier. He was ignored. So he went public, saying that The Alfred operating theatres were “hopeless” and staff was deeply frustrated.

He was the second senior Alfred doctor to make such noise this year. In May, trauma surgeon Professor John Wilson quit, saying the system was so broken that lives were in danger.

Professor Fitzgerald had the same message. But he wasn’t resigning, he was pleading.

The Alfred is run down. Patients say used bed pans are stacked at broken washing machines for days. Families bring food for patients. The operating theatres are “prehistoric”.

Plans to fix it were first prepared about 15 years ago. Alfred chief executive Professor Andrew Way says there is a “build ready” plan for a new hospital but no government commitment to fund it.

Finally, having been held together by the will of the staff, it’s unravelling. That’s why Mark Fitzgerald made his plea to the premier. What he got in return was classic Andrews deflection and spin.

The deflection, a half-baked green energy stunt, worked. But the meaningless waffle from the health minister elicited uncharacteristic anger from Professor Fitzgerald:

It would be reassuring to think the premier would listen. He seems to have done nothing of the sort.

So here are two ideas, for both sides:

First, give us a plan for the next five years. Will more foreign nurses be recruited? Can private hospitals be used? Is there spare capacity interstate?

The system is broken. It needs patching. Although that’s no permanent solution, we can’t continue like this while we wait for photo opportunities to become hospitals.

Second, the government must remove the gag on health workers. The people own this system and need to trust it. That trust is rattled. They deserve to know what’s happening.

The premier must allow the staff to select their own shop floor representatives to lead the debate. Let them speak. Let them use their expertise to describe problems and find answers. A politician wandering through for TV news grab learns nothing. There is expertise there. Use it.

This debate must be open and public. Yes, that will increase political pressure. But it will also increase the possibility this government will do something very much out of character. It might listen.

The Opinion newsletter is a weekly wrap of views that will challenge, champion and inform your own. Sign up here.

10/22/2022 lifestyle Comments Off on Andrews must remove the gag on health workers, for all our sakes
Recent Posts