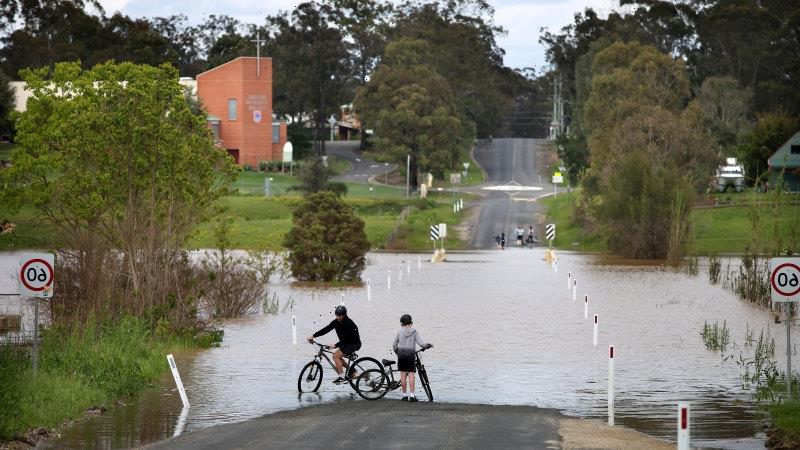 It seems somewhat irrational that a natural disaster, like the floods inundating Victoria, could have an impact on next month’s state election.

Acts of God, as insurers call them, aren’t triggered by a vote on Spring Street, but political scientists have identified a trend that floods, fires, droughts and other disasters have on elections. And it's rarely good for incumbent governments. 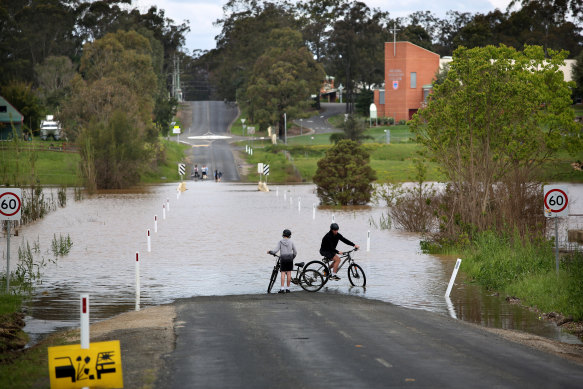 Damaging floods in Victoria could have an impact on next month’s election.Credit:James Alcock

It seems that while voters accept the somewhat random timing of natural disasters, we also understand that the response – warnings, recovery efforts, financial support – require political will.

Scott Morrison learnt this the hard way as his government’s responses to floods and fires were used against him during the recent election campaign. And it worked.

Using data from elections in the US from 1970 and 2006, political scientists John Gasper and Andrew Reeves identified consistent drops in support for incumbent governments following severe weather events.

But their research, published in the American Journal of Political Science, also found that political leaders could cancel-out any drop in support – and even improve their position with voters – if they were seen to be offering sufficient disaster assistance and support. 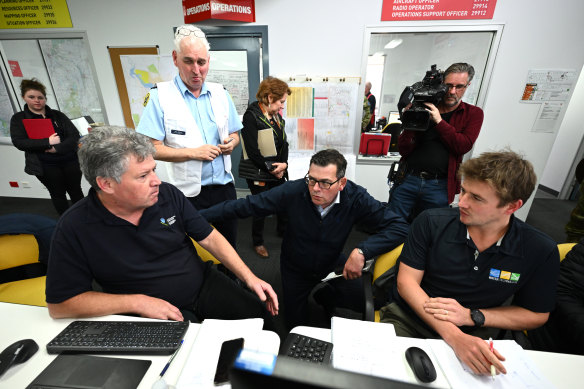 Premier Daniel Andrews at an emergency control centre in Shepparton on Tuesday.Credit:AAP

As observers of politics, we have been offered countless examples of political leaders being punished for delays in responding or for delivering insufficient support to affected communities.

Former president George W. Bush never recovered politically from his government's failures in dealing with Hurricane Katrina. More recently it took Boris Johnson three weeks to visit flood-hit Worcestershire in 2020, where he was met with cries of “traitor” for the delay.

Back in Australia, Morrison made an ill-fated trip to the NSW town of Cobargo where vulnerable and grieving fire victims swore at him and refused to shake his hand after he had attempted to take a secret holiday to Hawaii while much of Australia burned. 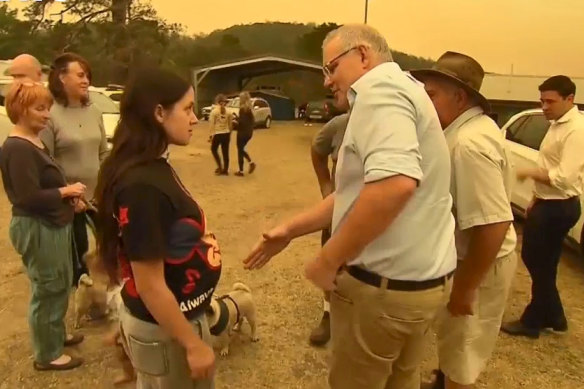 So, with a little over three weeks until early voting kicks off in Victoria, what does all this mean for the state election?

While questions remain about the adequacy of flood warnings, particularly along the Maribyrnong catchment, as well as the controversy about the Flemington racecourse flood wall, party insiders believe the floods are likely to further bolster Andrews' chances next month.

So far, the government has spent hundreds of millions of dollars on flood-affected communities, and the Premier has taken every opportunity to remind Victorians that “further support” will come. Money matters, but the floods have also given Andrews the chance to dominate the political airtime to the exclusion of Matthew Guy.

Guy has also been hindered by his own party. There is also a dawning awareness in the public's mind that climate change is leading to extreme rainfall and putting Australia at greater risk of floods. At a state level, this shouldn’t necessarily be an electoral wedge given both of the major parties have a 50 per cent emissions reduction target, and in Guy's case he has even promised to legislate it. 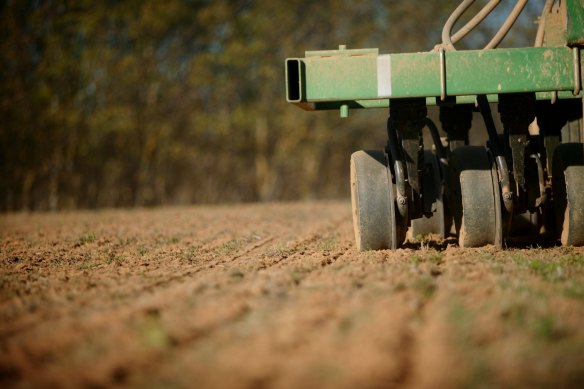 The opposition has acknowleged that inaction on climate change at the last federal poll cost them support.Credit:Jessica Shapiro

Many of Guy’s federal colleagues acknowledge the impact their inaction on climate change and inconsistent policies had on their election loss in May. Guy may have acted to try and fix this, but the climate issues have done untold damage to the Liberal Party’s brand, particularly among more moderate supporters who turned their back on the party in May.

And a reminder of the impacts of climate change is the last thing the Coalition needs at this point.

Despite this, risks remain for the Andrews government too.

So far, Andrews’ interactions with flood-affected Victorians have been few and with limited or no media presence. On Thursday he visited Rochester but did not reveal it until he spoke on radio in the evening. He has taken chopper trips over the flood zone, met with emergency management experts in Bendigo and thanked ADF members.

Political minders know the hazards of sending politicians into disaster zones. It’s a high-risk move, particularly so close to an election.

Those images of Scott Morrison being sworn at and attempting to force a woman to shake his hand in Cobargo did untold damage to his re-election chances. It might surprise you to know he wasn't met with such anger in other bushfire affected communities that summer, but it didn't matter.

While Daniel Andrews would be safer to stick to highly-planned events, his orchestrated response has prompted questions from his rivals – those within Labor and the opposition – as to why he has minimised his interactions with the general public recently.

It seems that this is not unique to the flooding emergency, but is becoming a bit of a theme.