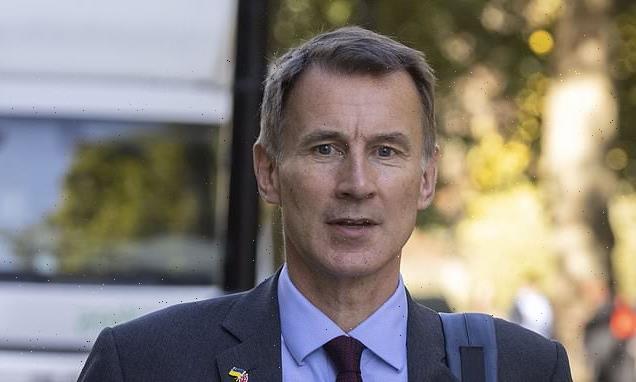 In last week’s chaotic Commons vote on fracking, more than 30 Tory MPs refused to back the Government’s decision to lift the ban on shale gas exploration.

However, among the ministers supporting the Government was new Chancellor Jeremy Hunt, who clearly approves of fracking . . . unless, it seems, it’s in his South-West Surrey constituency.

In June, he sent a sternly worded letter to Levelling Up Secretary Michael Gove objecting to a proposal by UK Oil & Gas (UKOG) to explore a site for gas in his constituency. The plan was rejected by local councillors but given the go-ahead on appeal by Gove’s department. 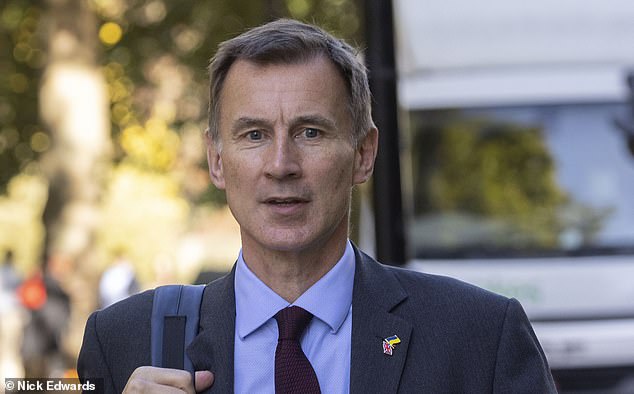 Among the ministers supporting the Government was new Chancellor Jeremy Hunt, who clearly approves of fracking . . . unless, it seems, it’s in his South-West Surrey constituency

‘I protest in the strongest of terms against your decision to grant the appeal that will allow drilling and exploration of fossil fuel,’ wrote Hunt.

‘The proposals to carry out such activity have been decisively rejected by Surrey County Council and the entire local community. I can’t see how this site has any role to play in our future energy supply needs.’

‘Nimby Hunt’ was widely mocked on social media following last week’s vote, including the following on a local blog: ‘FRACK!! I am now the Chancellor so sod the Stop The UKOG brigade protesting against oil/gas exploration on my patch.’

Still in Surrey, Farnham town councillors debated last week whether to send a congratulatory message to the newly-appointed Chancellor — but thought better of it. ‘He might not be there very long,’ mused one. Indeed not!

Madsen Pirie, president of the Thatcherite Adam Smith Institute, is not impressed by the bleatings of some of former Prime Minister Liz Truss’s more stentorian critics. ‘We have indeed entered strange territory when a notionally Conservative MP, Robert Halfon, describes those who favour tax cuts as “libertarian jihadists”. They used to be called Conservatives.’ Let’s face it, he has a point!

Overheard in the Commons. One Tory MP to another: ‘How long before the Queen’s record of 15 prime ministers is beaten by Charles III?’ 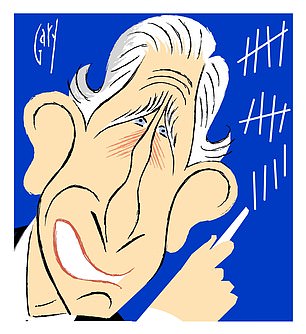 At the Cliveden Literary Festival last week, the UK’s most senior female civil servant Antonia Romeo, Permanent Secretary at the Ministry of Justice, posed the question: ‘Are women in the West less prepared to fight? Have we become complacent?’

To those in the know, it was something of a loaded question from Romeo, who was famed for her glamorous parties when Consul General in New York. She had been first choice to be top mandarin at the Treasury despite never having worked there.

Unfortunately, the markets’ reaction to the Trussonomics mini-budget spooked the former PM and Liz vetoed the appointment.

Comedian David Baddiel summed up the air of disbelief around the Tory leadership battle before Boris bowed out. ‘If we end up with Sunak as Chancellor and Johnson as PM, does it mean we’ve been asleep and they’ve both just been in the shower together all this time?’

Minister for the Armed Forces and Veterans James Heappey was put on the spot by LBC’s Nick Ferrari.

Irish popstrels Jedward — John and Edward Grimes (right) — could not resist twisting the knife: ‘We lasted longer on X-Factor than Truss as PM!’

Rishi Sunak declared his love of Taylor Swift’s music during his unsuccessful summer leadership campaign. Now aides have adopted her track We Are Never Ever Getting Back Together. Who were they thinking of?

Joke of the week: Downing Street is applying for planning permission to extend the No 10 staircase in order to accommodate this year’s prime ministerial portraits.