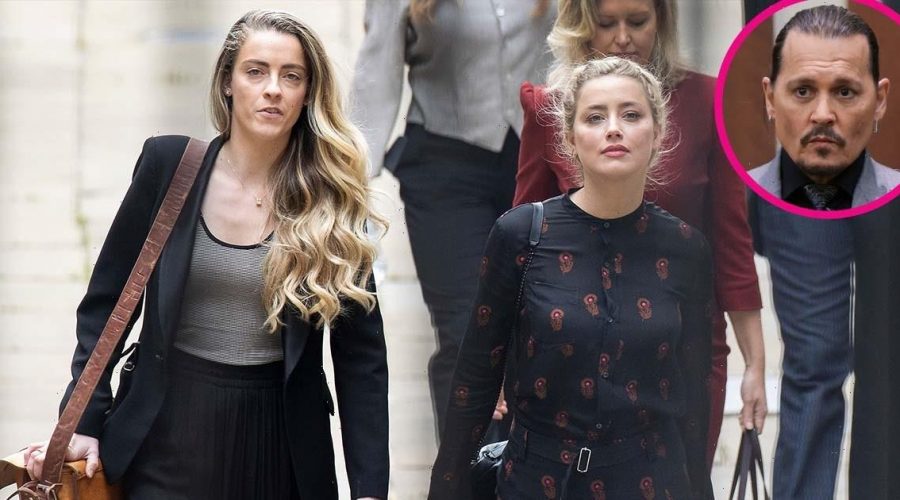 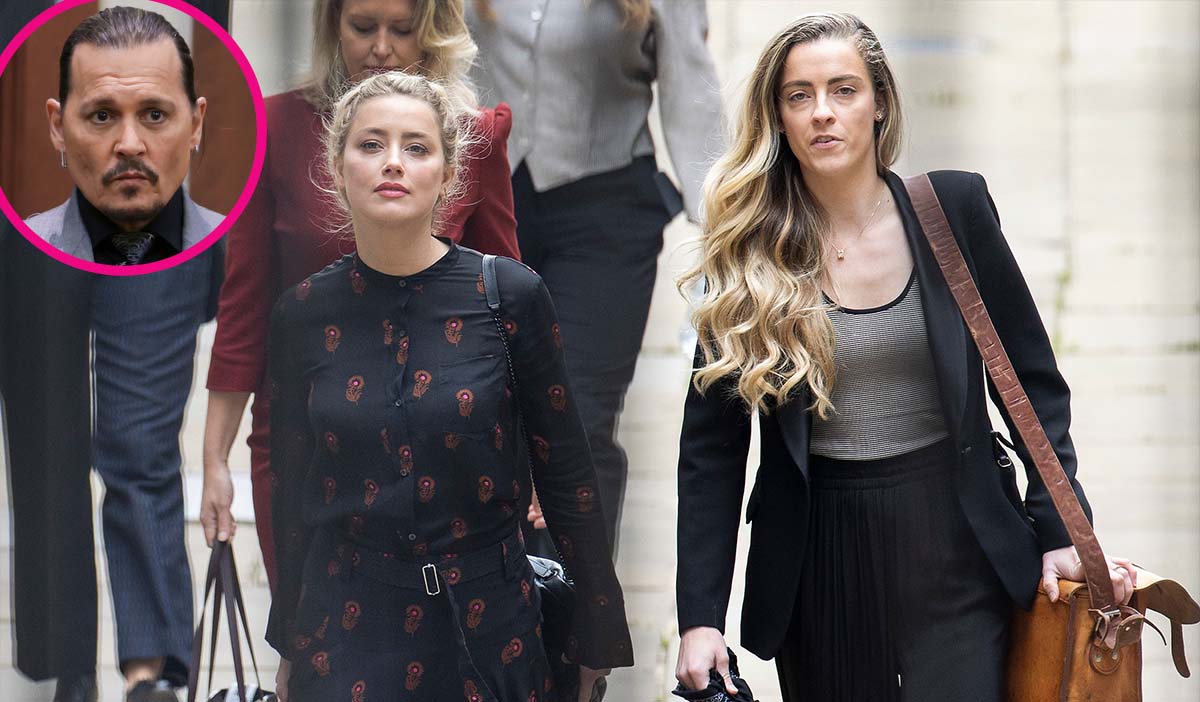 A controversial cameo. Johnny Depp joined the 2022 MTV Video Music Awards as a hologram astronaut — and Amber Heard‘s sister made it clear she doesn’t approve of the appearance.

Whitney Henriquez took to her Instagram Stories after the Sunday, August 28, awards show to weigh in on the prerecorded bits. “@MTV you’re disgusting and clearly desperate! I really hope that none of the people that made this call have daughters…” the 34-year-old captioned a photo that read “I Stand With Amber Heard.”

Throughout the awards broadcast, Depp, 59, appeared in virtual form several times. The Pirates of the Caribbean actor channeled the VMAs trophy — a Moonperson — and hung from the ceiling of the Prudential Center in Newark, New Jersey. “You know what? I needed the work,” he teased before the first award of the night was announced.

At a later point in the ceremony, Depp returned with another quip: “Hey VMAs, let’s get back to the f–king music, shall we?”

Toward the end of the show, the Sweeney Todd star joked about taking the odd job. “I just want you guys to know that I’m available for birthdays, bar mitzvahs, bat mitzvahs, weddings, wakes — any old thing you need. Anything. You name it,” he said. “Oh! I’m also a dentist.”

The VMAs were one of Depp’s first major public appearances since winning his defamation case against Heard, 36, in June. The former couple were married from 2015 to 2017, but their drama continued after their split when Heard penned an op-ed for the Washington Post in 2018 and identified herself as a survivor of domestic abuse. While she didn’t specifically name Depp, the Edward Scissorhands actor sued his ex for $50 million.

After several weeks in court, the jury reached a verdict on June 1. Depp was awarded $10 million in compensatory damages plus an additional $5 million in punitive damages. However, the Aquaman star’s payment was reduced to $10.53 million due to a Virginia state law that limits punitive damages.

Heard, for her part, received $2 million in compensatory damages for her counterclaim against the Hollywood Undead rocker. She discussed her “disappointment” in a statement shared with Us Weekly shortly after the verdict made headlines. “I’m heartbroken that the mountain of evidence still was not enough to stand up to the disproportionate power, influence, and sway of my ex-husband,” the Texas native said. “I’m even more disappointed with what this verdict means for other women. It is a setback. It sets back the clock to a time when a woman who spoke up and spoke out could be publicly shamed and humiliated.”

VMAs’ Wildest Moments Through the Years

The Drive Angry actress later hired a new legal team. “She is not able to comprehend that she lost,” a source told Us in July. “She is 100 percent appealing on freedom of speech and is telling friends she is determined to take it all the way to the Supreme Court if she has to.”

During the trial, Henriquez took the stand to support her sister and accused Depp of attempting to control Heard throughout their marriage. When asked why she didn’t step in sooner to help the Justice League star, Henriquez replied, “That’s really oversimplifying something that’s far from simple. Again, Amber was very much in love, so was Johnny. She’s telling me that she wants something. Whether or not I agreed to it or not, whether or not I was OK with what was happening, it wasn’t my place.”

If you or someone you know is experiencing domestic violence, please call the National Domestic Violence Hotline at 1-800-799-7233 for confidential support.