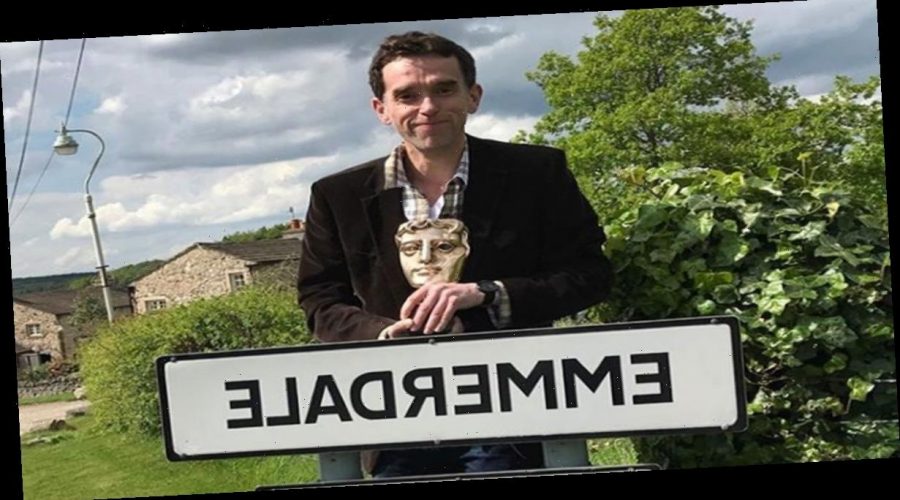 Emmerdale actor Mark Charnock recently paid an emotional tribute to his late on-screen son Harry Whittaker on what would have been his 10th birthday.

Harry, who played Marlon Dingle and Rhona Goskirk's son on popular soap Emmerdale, died in July 2014 from chronic lung disease at the age of just three.

In his tribute, Mark wrote: "On what would have been his 10th birthday, thinking of this little Spider-Man today.

Get exclusive celebrity stories and fabulous photoshoots straight to your inbox with OK's daily newsletter . You can sign up at the top of the page.

But as the actor pays tribute to his former colleague, what is his own life like away from our screens.

Here's everything you need to know…

Who is Mark Charnock?

Mark Charnock is an actor from Bolton, who was born in 1968 and studied at the Webber Douglas Academy of Dramatic Art.

The star first appeared on television in 1992 on 2point4 Children.

He then went on to nab roles in shows such as Watching, Cadfael and Coronation Street.

Mark has played Marlon on Emmerdale since 1996, and he also co-hosts a podcast with Paul Coates.

The premise is the they answer listeners’ problems by suggesting original solutions.

Mark is a wholly private person, and tends to keep his family life out of the spotlight.

However, according to TV.com, Mark is reportedly married with one son.

Where does Mark Charnock live?

The actor lives in a very cosy home in Yorkshire with his dog Freddie, and presumably his family.

Are you part of The OK! VIP Club? If not, why not? It’s free and gives you backstage access to stories like this, exclusive home tours, special discounts and so much more!

The living room in Mark's home has olive green walls, which is a very warming colour.

There is also a wooden framed mirror on the wall, and as we can see from the snap, the star does not hold back when it comes to Christmas decorations.

From the pictures Mark has posted of his kitchen we can see that he has stone slab floors, and wooden worktops.

Adding to the dreamy and cosy vibe of the home, we can see that the actor even makes his own fresh bread.

He also grows his own vegetables in his garden.