ALEXANDRA SHULMAN’S NOTEBOOK: The Christmas gift that may pack a VERY big surprise

Round our place this Christmas, DNA kits replaced socks, scarves and books as the most popular gift. I am now the proud owner of two saliva-testing tubes and am waiting till the effects of seasonal indulgence have slightly worn off before trying them out.

I know that they aren’t intended to measure one’s carb dependence but I’m taking no chances. And, in truth, I’m a little bit nervous about what I might discover.

Who am I? is of course the biggest question we can ask of ourselves. Through a mix of personal history, family and habitual behaviour we forge an idea of our identity.

We know that we are utterly individual, that there will be no one else who is precisely the same as us, but most of us also think of ourselves as part of a group who share aspects of our existence, whether via nature or nurture. 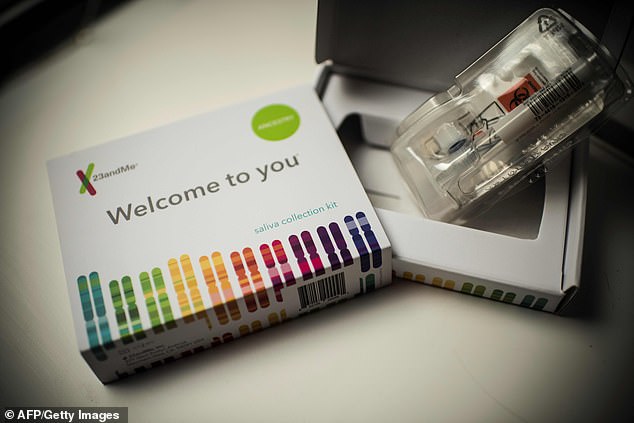 At even this basic Christmas gift level, DNA testing can show us to be members of ethnicities that we had no idea about, and – potentially more disruptive – not members of one we thought we were.

I recently watched Three Identical Strangers (streamed via Amazon), a documentary that tells the story of triplets separated and adopted by three different American families who discovered each other’s existence, by chance, in their teens. The grimly fascinating tale that unravels is of a brutally callous social experiment that the three were unwittingly taking part in.

I’m pretty sure that nothing quite that dramatic is likely to emerge via my own DNA, but then that’s probably what most people think until they uncover totally unexpected elements in their lineage. I have two friends who both learnt that one of their grandfathers was not the man they thought he was.

Discovery is one thing, how you deal with the knowledge is another. Since my two siblings have also been given kits, we might be having an interesting discussion in a month or so when the saliva tests are returned. Let’s hope not.

Having no siblings is a singular joy

On the subject of families, I was delighted to learn the other day that, by having a single child, I have contributed to the health of the planet. He adds only 58.6 tons of CO2 emissions to my carbon footprint!

If you’re the mother of a single child, as I am, you take your good news where you can. They are often portrayed as over-indulged loners, unable to deal with normal family life. They are usually thought of as deprived in some deep and meaningful way that colours their vision of the world and makes them slightly weird.

And note, I use the word single rather than only, which sounds so horribly lonesome. Does my son mind being ‘an only’ I am often asked, rather as if he is painted in pink and green spots?

The answer to that is not in the slightest. Far from it. He’s always been able to entertain himself and is never dependent on the company of others while having a network of friends that is every bit as important to him as relatives.

Over Christmas our so-called ‘blended’ family of ex-partners and half and step siblings comes together in a mixture that bears no resemblance to a smoothie. It’s lovely but closer to a box of granola. He is always happy to see everyone, and is never at all sad when they leave again and he can assume his rightful position as sole, doted-on offspring in a world where there is no competition for that last roast potato.

If that’s a present, I’ve been mugged!

Three-year-old on unwrapping a china mug in his pile of presents: ‘What’s that? That’s not a gift!’ We all know how he feels.

Nothing beats going from A to B with a CD

It’s sad that HMV has gone into administration again. So many happy years were spent rifling through the alphabetised racks of vinyl and CDs to discover something new.

I’ve got nothing against streaming services and often listen to the disturbingly accurate, algorithmic playlist Spotify suggests for me.

But recently I’ve started playing CDs in the car and I had forgotten how very much better the sound quality is than using an iPhone, and how enjoyable it is to listen to an album from start to finish, the way it was intended.

New Year looms and I am considering my usual resolution not to make any self-improving New Year resolutions. Last year I had a brief – very brief – flirtation with Veganuary but the tedium of lentils and chickpeas wore me down within weeks.

It always strikes me that the depth of winter is no time to deprive oneself of life’s little comforts – chocolate, bread, alcohol etc – and the long nights and lack of sunshine are scarcely encouraging of a rebooted exercise regime. No.

Wiser by far to save that for the spring and take our lead from nature. There’s nothing wrong about hibernating with a well-sourced food supply waiting for better, brighter days in comfort. After all, the idea of the New Year resolution was derived from the Babylonians but their New Year began in March.

Proof that Villanelle is poetry in motion 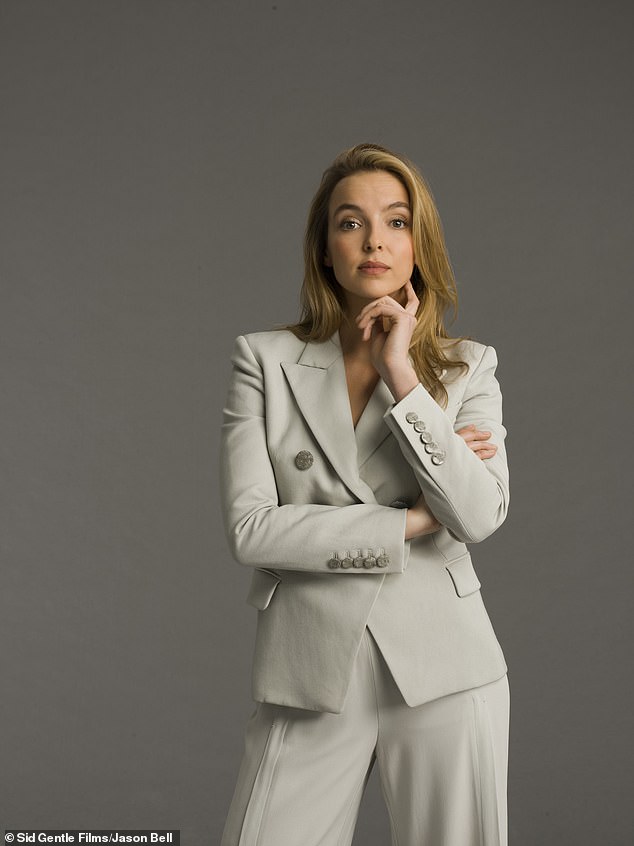 Villanelle, the beautiful hit woman of Killing Eve, is surely one of the most captivating TV characters of the year

Villanelle, the beautiful hit woman of Killing Eve, is surely one of the most captivating TV characters of the year.

I knew that the character – played by Jodie Comer, below – was adapted from a series of e-books by Luke Jennings, but I had no idea that I could find a collection of villanelles in my Christmas stocking.

A villanelle is a highly structured poem of 19 lines involving five three-line verses and ending in one of four, using only two rhymes throughout.

What other literary forms reflect popular TV shows? I suggest the mournful soliloquy for Hercule Poirot. The limerick for Graham Norton. The epic for Game Of Thrones. The unreliable narrator – Fox News. Over to you…