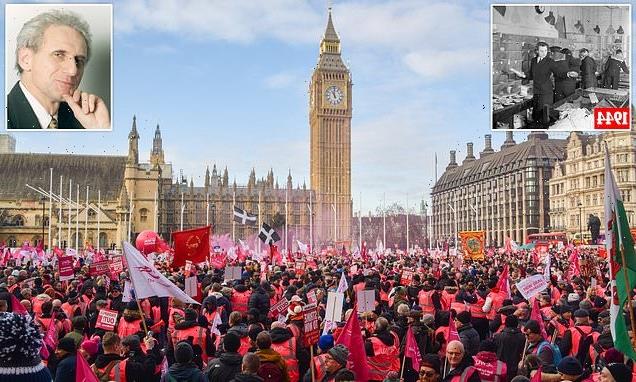 The first week of February is shaping up to be one of the worst periods for industrial action in British history.

So many unions are striking on February 1, from teachers to train drivers, civil servants and university staff, that some have likened the likely effect to that of the General Strike which paralysed the country for more than a week in 1926 when millions downed tools.

Since ambulance workers and nurses have decided to delay their strike until February 6, strictly speaking it will not be quite the same. But there is no doubt that all of us will be hit by the action ruthlessly coordinated by militant union leaders.

Strike fever is certainly spreading. This week it became apparent that Post Office workers could join their Royal Mail colleagues in a walkout after their union leader told MPs that two ballots over pay for strike action had received yes votes of ‘over 90 per cent’. 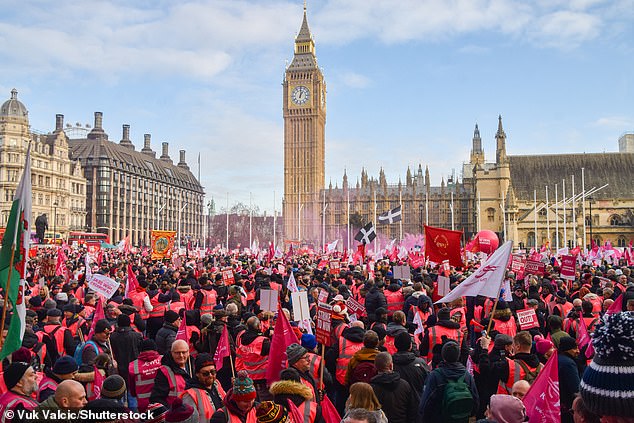 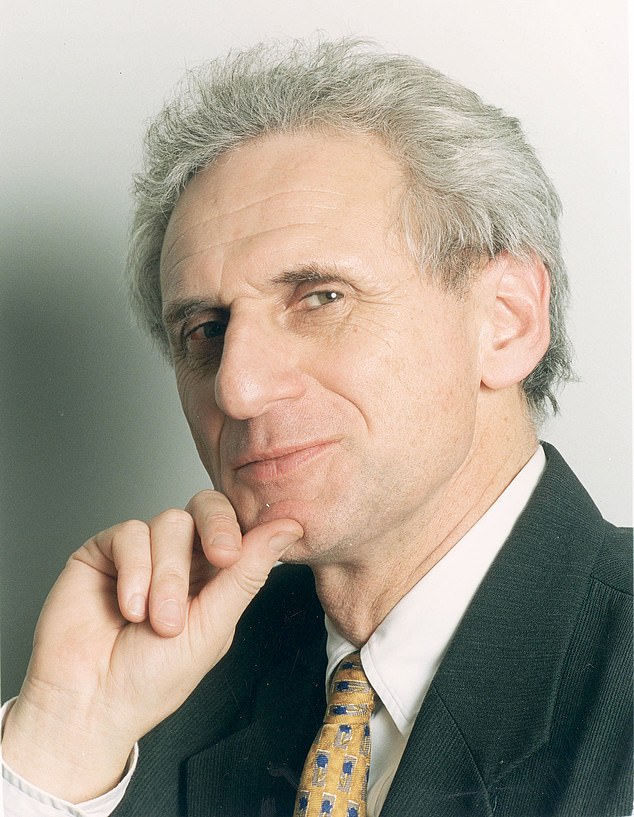 And while all industrial action is deeply damaging to business, this warning from the Post Office union should fill anyone who values our beleaguered national postal service with absolute despair.

With its 11,635 branches spread among cities, towns and communities across the land, the Post Office is a lifeline to countless people.

It provides elderly citizens with access to cash — as well as dozens of other services ranging from driving licences to passports — in an age when rapacious banks have long since given up on them by closing branches and getting rid of ATM machines.

To put in bluntly, post offices are an essential public service without which the lives of millions of ordinary people would be blighted.

They are also a part of the nation’s social welfare system. My late father, Michael, who lived to be 103, had no idea how to access online services.

He regarded his weekly visit to the post office at Hove in East Sussex — to collect his pension and to post a letter or greetings card to relatives overseas — as a critical part of his routine.

A chat with the counter staff was a crucial part of the service, too. But the Post Office doesn’t just play a vital role for senior citizens, it is also there for people who don’t have bank accounts, for youngsters with their first savings accounts and teenagers returning unwanted fashion items bought via their mobiles.

Any Post Office strike would cause massive disruption. But plans for one on top of a strike by Royal Mail workers make the situation so much worse. Indeed, it is no exaggeration to say that the very future of the centuries-old postal service is now at stake. 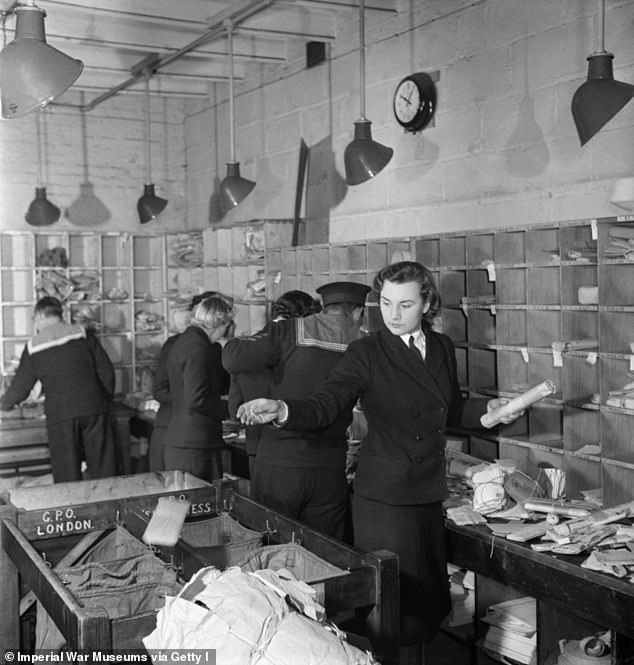 A busy scene in the Fleet Mail Office ashore, probably at Portsmouth, in 1944. Wrens and Royal Navy ratings are hard at work sorting incoming mail for onward delivery to the ships moored in the harbour

You might think Royal Mail and the Post Office are one and the same. But, confusingly, they are in fact two separate, but interdependent, services.

Royal Mail is the company that delivers parcels and letters, and designs and arranges the printing of stamps — the actual postal service provider.

The Post Office, meanwhile, is the nationwide network of branches selling Royal Mail stamps, weighing parcels and so on, as well as providing those hugely valuable Government and financial services.

If both go on strike together, it could be the final straw.

Royal Mail is already in desperate straits: its whole postal system has been horrendously disrupted.

For many households, strikes at the Royal Mail by the Communications’ Workers Union ruined their holiday season.

Millions of us spent anxious days wondering if the presents we posted or ordered for loved ones would ever arrive at their destinations. Fully weeks after Christmas Day, Christmas cards, festive charity appeals, toy catalogues and the like are still falling through our letterboxes. Today, postal deliveries are a lottery compared with the first-class service of old.

Confidence in Royal Mail has also been damaged by its blundering introduction of new bar-coded stamps — ineptly, it attempted to railroad customers into swapping the stocks of stamps they already had for updated replacements within a totally unrealistic timetable. 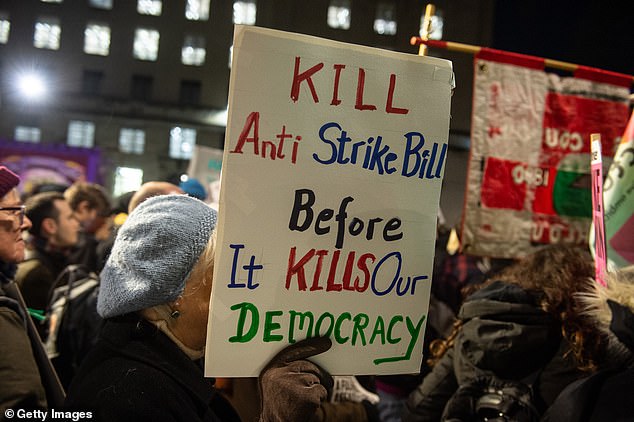 Since ambulance workers and nurses have decided to delay their strike until February 6, strictly speaking it will not be quite the same 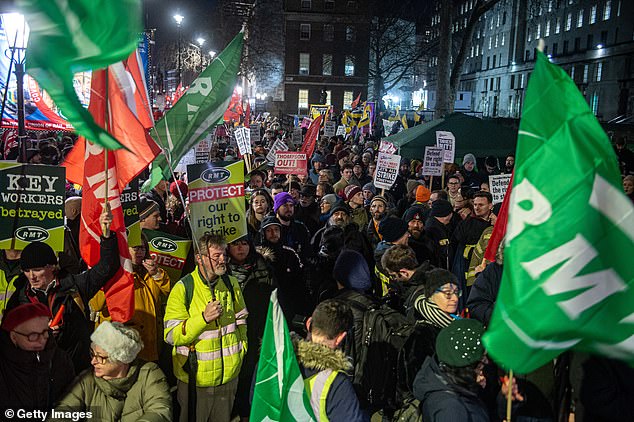 If this were not enough, Royal Mail has also been upended by a cyber-attack which interfered with overseas deliveries.

The combined impact on the finances of the company has been devastating, with losses running at more than £1 million a day and the latest estimates from City analysts putting this year’s deficit alone at £450 million.

Every day of lost deliveries is a body blow to Royal Mail — one of the nation’s oldest and most venerated institutions, founded by Henry VIII more than 500 years ago — and yet another victory for rival commercial delivery services.

Royal Mail is legally mandated to make sure that every home and enterprise in the UK, even in the most remote areas, receives delivery — including on Saturdays.

But given its precarious position, highly valued services such as last-mail delivery and even the Saturday post could now face the axe in any cost-cutting exercise, while the jobs of the service’s 115,000 staff are far from safe.

And since Royal Mail is a commercial company — it was privatised in 2013 — if these unsustainable losses continue, the result could be that its parent company, International Distributions Service, falls into the hands of hostile business predators intent on asset-stripping the firm.

Already, a Czech businessman, Daniel ‘The Sphinx’ Kretinsky, with former Labour frontbencher Chuka Umunna acting as a consultant, has built up a stake in the company of 23.2 per cent.

The concern must be that he could be planning to strip out the valuable and profitable European packages services from the parent company, leaving behind only loss-making Royal Mail with its bloated workforce and enormous pensions deficit. A deficit, furthermore, that is covered by a Crown guarantee — making it taxpayers’ responsibility. 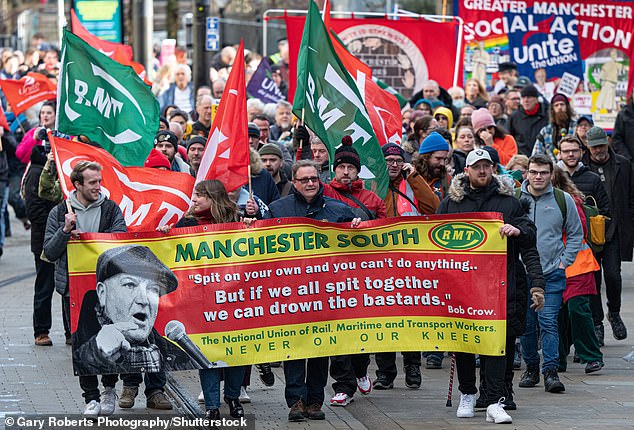 Strike fever is certainly spreading. This week it became apparent that Post Office workers could join their Royal Mail colleagues in a walkout

Of course, the Post Office is different. For a start, it is an arm of HM Government, which is owned at arms-length by the Department for Business and run by an ‘independent’ Post Office board with its own, newish chairman — the former boss of WH Smith, Henry Staunton.

But the Post Office really does not need a strike right now. The reputation of its senior management is already on the floor as a result of a miscarriage of justice exposed in this newspaper.

This scandal saw its management unfairly pursue and convict 555 sub-postmasters and mistresses for theft, false accounting and fraud — even though they were innocent and the accounting errors occurred as a result of computer error which the management grotesquely tried to cover up.

That the Communications Workers Union — yes, the same fiendishly militant union as the one behind the Royal Mail strikes — is now threatening strike action at 114 Crown Post Offices on major High Streets is perverse to say the least.

The Post Office’s management claims that the vast majority of smaller outlets will not be affected, but the point is the whole postal system has already been hit horrendously by the Royal Mail crisis.

For centuries Britain’s Royal Mail and Post Office were renowned for their reliability, innovation and efficiency. Even in the darkest days of the Blitz next-day deliveries were never interrupted.

How times have changed. Unions, using the cost of living crisis as an excuse, have taken the entire postal system to the precipice.

They appear to have no understanding that it is not just their own jobs that are in jeopardy — but the livelihoods of tens of millions of citizens, many of whom, such as the elderly and hard-pressed rural populations, are still dependent on their services.

This postal meltdown is a national tragedy in the making.