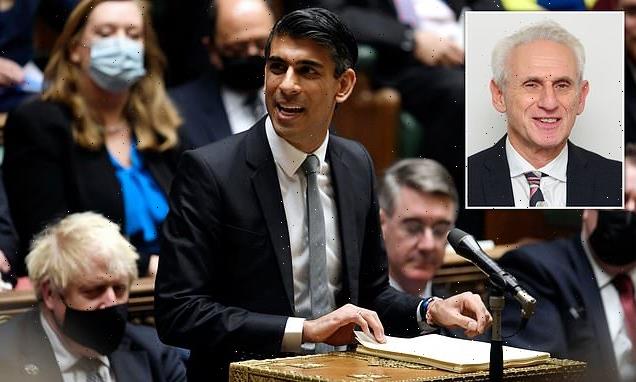 ALEX BRUMMER: We are on a hazardous, high-spending journey – get ready to reach for the lifebelts

Rishi Sunak’s Budget and spending review is like none other in post-war economic history.

The Chancellor is seeking to plot a course out of the deepest recession since the 1930s, restore some measure of responsibility to the public finances and deal with runaway inflation and its impact on citizens and business all at the same time.

That is before he even deals with the post-Brexit hangover.

Sunak left us in no doubt where he wants to end up. The peroration of his speech, where he lauded traditional Tory values of a low tax economy, was a very big hint.

The sheer scale of the numbers involved in those fiscal calculations are indeed mind blowing. 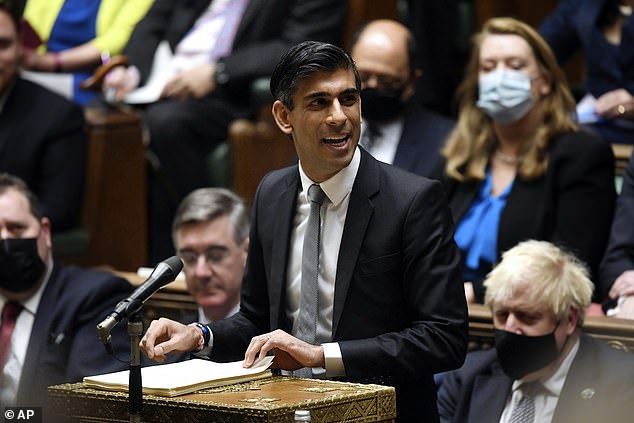 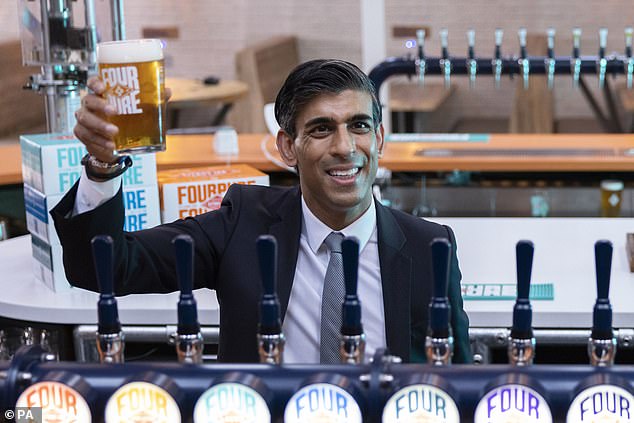 Mr Sunak posed for pictures during a visit to Fourpure Brewery in Bermondsey, London, after he delivered his Budget to the House of Commons

The Chancellor approaches the recovery from Covid-19 with the highest tax burden on the British people for 73 years which is when the then government was, like Sunak and Boris Johnson, seeking to escape the legacy of ‘wartime’ borrowing and debts.

At the same time Sunak is putting his foot down heavily on the public spending accelerator, acknowledging that with business scarred by the pandemic, incomes squeezed and recovery held hostage by supply chain bottlenecks and surging energy costs, the state must take up some of the slack.

In essence, he is increasing public spending by some £30billion a year, which is a remarkable gamble with the public finances for a Tory chancellor.

That means that by the end of the forecast period in 2024-25, the state’s share of spending as a proportion of GDP – at 41.6 per cent – will still be the highest since the bad old days of Labour in the 1970s.

For those of us old enough to remember, this was catastrophic, leading to a sterling crisis and an International Monetary Fund rescue which came with an order from Washington for big cuts in public expenditure.

The world has changed dramatically since then.

The consensus is that with the right fiscal disciplines in place it is possible for governments to borrow for big infrastructure goals such as levelling up, while an independent Bank of England ought to act as a bulwark against higher inflation which didn’t exist in an earlier age.

But there is no escaping the fact that the Government is embarking on a hazardous journey.

The annoucement that has captured the headlines from this Budget is the fundamental change in how alcohol duties are levied. But what packs the biggest punch in reality is the upheaval to Universal Credit.

The Covid £20-a-week special payment is being replaced by an incentive to work costing the Exchequer £11billion over the Parliament.

The truth of the matter is that the Chancellor made his biggest tax decisions before his latest economic statement. 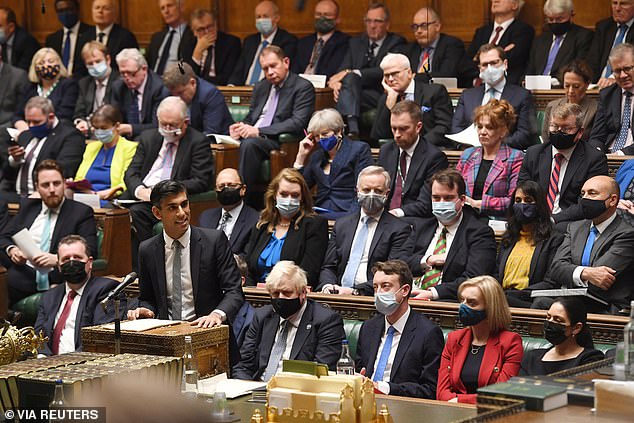 In March he announced a big rise in corporation tax that will raise £25.7billion a year by 2026-27. Similarly, by freezing tax allowances, income tax revenues will soar by £13.9billion by the same year.

And the fiscal watchdog the Office for Budget Responsibility calculates that the surcharge on national insurance, the cleverly named Health and Social Care levy announced in September, is eventually set to raise £18.2billion in a single year.

One fully understands the Treasury’s desire to restore some credibility to the public finances. However, tax rises on this gargantuan scale are totally alien to traditional Conservative values.

They will, in my view, deliver a crushing blow to expansion and growth, and this is startlingly evident from the forecasts contained in the Budget.

Yes, the bounce back from Covid, supported by public spending, is beyond earlier expectations with output set to rise 6.5 per cent this year and 6 per cent the following year.

We have already seen this year that surging growth has led tax receipts from VAT, corporation tax and income and wealth taxes to climb, helping to reduce borrowing by £34.7billion this year and more than £50billion next.

This is simple supply side economics. The lower the taxes, the greater the incentives to work, spend and earn profits – and the larger the contribution to growth.

It is no coincidence that as higher national insurance charges start to bite next year, and as company taxation surges, the expansion of the economy is forecast to come down with a nasty bump.

In 2023 growth will still be a respectable 2.1 per cent but in later years Britain’s economy will be nearly static, expanding at just 1.3 per cent in 2024 when the full force of the tax rises are felt.

Taxes on jobs and companies discourage investment and enterprise. The political calculation is clever.

The increased revenues from higher taxation allow the Chancellor to build his reserve for future election winning tax cuts with surpluses on day-to-day tax and spend starting to build from 2023-24 onwards, reaching a handsome £33bn by the end of the forecast.

This gives the government the chance to give back to taxpayers some of that it has taken away.

But it is a complicated juggling act that could be blown out of the water by rising inflation and interest rates – or a geo-political shock such as a war in the Taiwan Strait.

Get ready to reach for the lifebelts!

10/27/2021 lifestyle Comments Off on ALEX BRUMMER: Get ready to reach for the lifebelts
Recent Posts