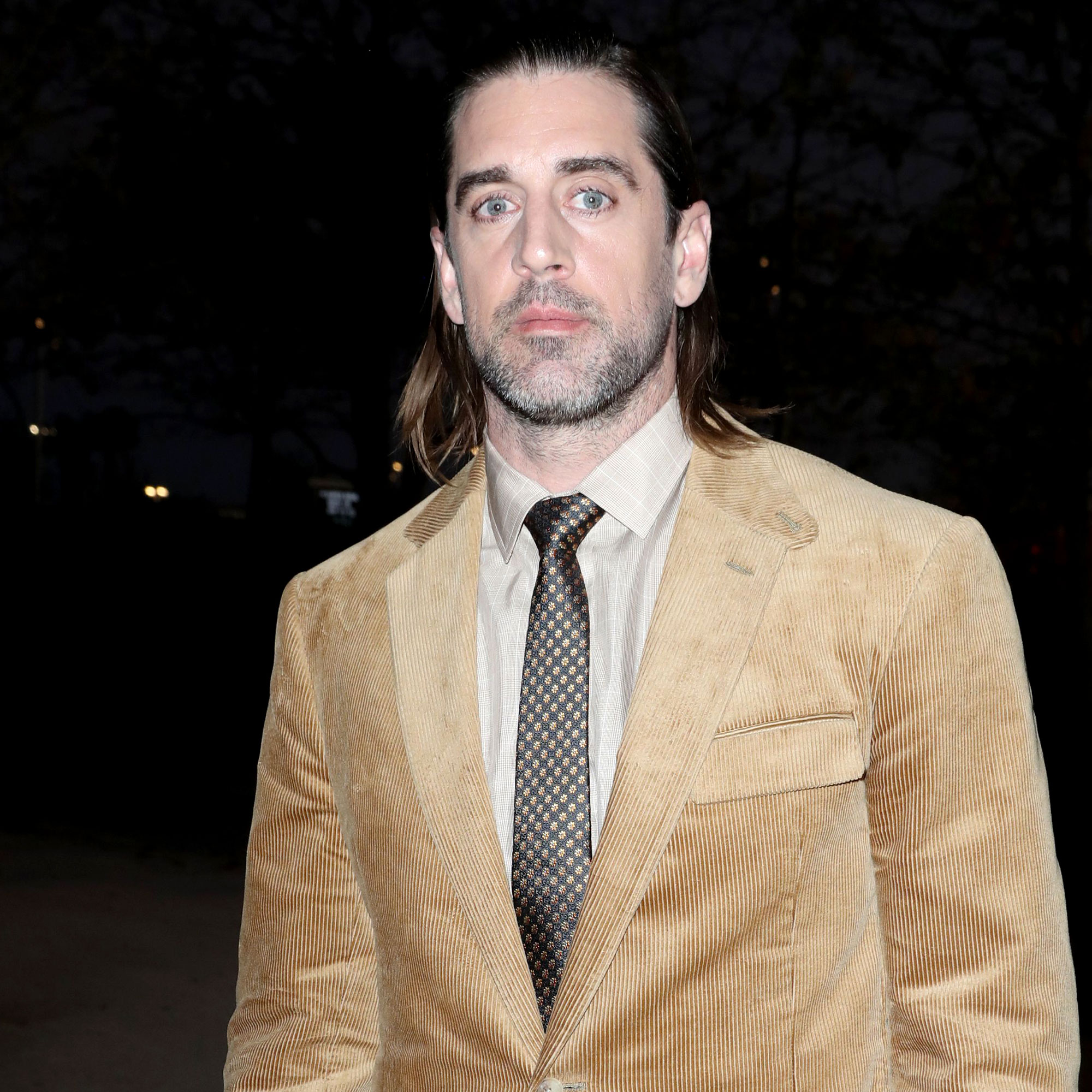 Clearing the air. Aaron Rodgers addressed his controversial decision not to get vaccinated against COVID-19 — and he broke down why he was accused of lying to the NFL.

During an appearance on “The Joe Rogan Experience” podcast, which was posted on Saturday, August 27, Rodgers, 38, recalled referring to himself as “immunized” to avoid directly discussing his vaccination status.

“They were doing this, I called it a witch hunt, where they were asking every single player ‘Are you vaccinated?’ You know, they were asking a bunch of big quarterbacks and some guys were saying, ‘It’s personal’ or whatever,” the athlete claimed. “They didn’t want to talk about their status and it almost guaranteed you weren’t vaccinated, right? So then they were getting ripped.”

According to the Green Bay Packers quarterback, the conversation around the vaccine caused him to reconsider how he responded. “I’d been ready the entire time for this question and had thought about how I wanted to answer it,” he continued. “And I had come to the conclusion, I’m gonna say, ‘I’ve been immunized.’ And if there’s a follow-up, then talk about my process.”

Rodgers noted that he was surprised when he allegedly wasn’t asked to elaborate on his choice of words. “But, [I] thought there’s a possibility that I say, ‘I’m immunized,’ maybe they understand what that means, maybe they don’t. Maybe they follow-up. They didn’t follow-up,” he told host Joe Rogan. “So then I go [into] the season them thinking — some of them — that I was vaccinated.”

In November 2021, the California native made headlines when he tested positive for COVID-19, months after telling reporters he was “immunized.” The NFL player ultimately received public backlash and was forced to miss one game during the season.

At the time, Rodgers claimed that he “didn’t lie” about his vaccination status. “The league was fully aware of it upon my return to the Packers,” he said on “The Pat McAfee Show”. “It wasn’t some sort of ruse or lie, it was the truth.”

The football player explained that same month that his decision came down to an ingredient in the Pfizer and Moderna shots. “On the CDC’s own website, it says should you have an allergy to any of these ingredients, you should not get one of the mRNA vaccines,” he said, adding that he didn’t want the Johnson & Johnson version because he was concerned about “some really difficult times and physical abnormalities” that he heard was a potential side effect.

Celebrity Health Scares Through the Years

While reflecting on the drama, Rodgers revealed that he wasn’t shocked by the negative response.

“I knew at some point if I contracted COVID or if word got out, because it’s the NFL and there’s leaks everywhere, it was possible I’d have to answer the questions,” he added during the podcast on Saturday. “And that’s when the s–tstorm hit because now I’m a liar, I’m endangering the community, my teammates, all these people. And the attempted takedown of me and my word and my integrity began.”