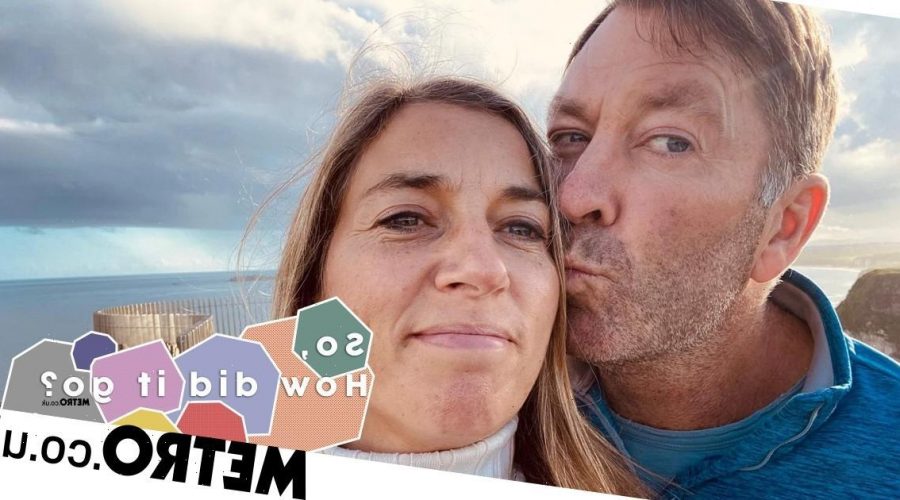 I was used to getting a few stares.

As an early adopter of paddle boarding in the UK, I often went plunging into the sea in mid-winter with nothing but a wetsuit between me and the elements.

I first fell in love with the sport in the noughties, while working in New York as a massage therapist and yoga instructor. I spent my summers working at a surfing resort called Montauk, in Long Island.

One summer a famous surfer called Darrick Doerner was staying at the hotel where I worked. He was a world champion and had been Patrick Swayze’s double in the movie Point Break.

At the end of the summer he raffled a signed surfboard. I bought a single ticket, and won! The universe was nudging me out to sea, and a friend recommended I try paddle boarding as it’s a little easier and more accessible than surfing.

She took me out across the bay one evening, when the water was as still and calm as glass, and that was it, I was hooked.

But when I moved home to Northern Ireland in 2012 paddle boarding wasn’t yet a thing and people would stop and stare when they saw me bobbing on my board out in the Irish Sea.

I actually quite liked the attention – people would wave at me and I would wave back, although I never imagined that an onlooker would one day become my partner. 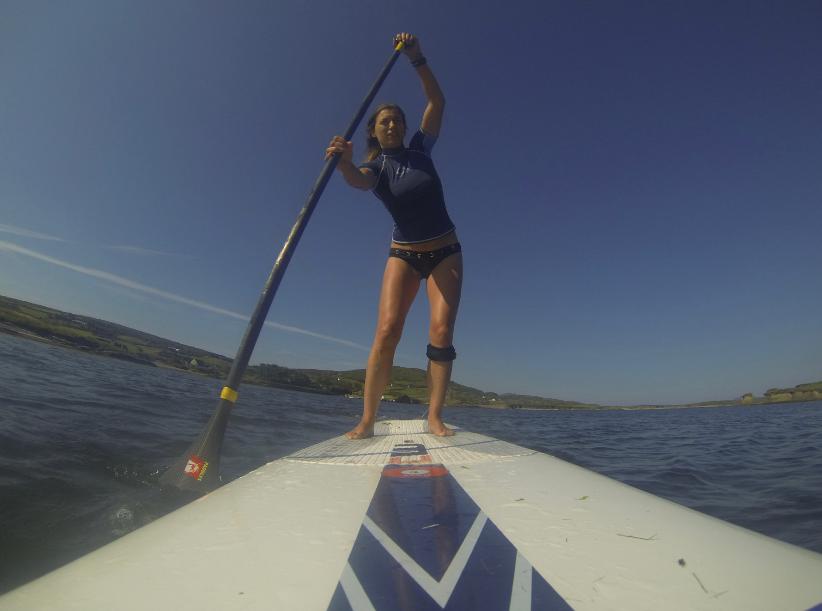 By the end of 2013, I was single, 40, and looking for love. After doing a personal development program, one of my goals was to meet someone special. I’d been online dating and had lined up 13 new dates for myself in January.

So when a man did a double-take as I parked my car near the beach in Holywood, County Antrim, on Boxing Day 2013, I couldn’t resist stopping to chat.

It was a chilly, dry day and he was parking up to visit a friend. I was clutching my board, about to head out to the sea for a bracing post-Christmas paddle.

‘Are you going out there?’ asked the man, who’d introduced himself as Richard McIlmoyle. When I explained what I was doing, he looked at me like I was nuts.

Another one bites the dust, I thought. But not so fast… we carried on chatting and it turned out Richard and I lived just a couple of streets away from each other. We also had mutual friends and – unbeknown to me – Richard went on to ask them for my number.

A few days later he sent me a text, saying he’d seen me out paddle boarding in the bay again and asking me out to dinner on New Year’s Eve.

I had originally made plans with my brother for NYE, but he’d come down with the flu so when Richard asked me, I thought why not? I was single and I’d promised myself I would get out there. Really New Year’s Eve is just like any other night – and it was fun to have something to do rather than sitting in alone.

I was wondering what on earth I’d been thinking as I got ready for our date. I couldn’t even remember what Richard looked like, but I’d made a vow to myself to meet new people and find love.

Richard had only seen me in a wetsuit, with hair scraped back and not a scrap of make-up. I decided to keep things casual so I dressed in black leggings and a nice top, and walked up to his house to meet him.

When he opened the door he really wasn’t my usual type – but maybe that was a good sign.

He took me to a seafood restaurant and as the evening went on I learned that Richard’s passion was refurbishing houses. He asked about my paddle boarding and seemed impressed by my adventures.

There was a twinkle in his eye when I told him I could even do a yoga headstand on my board.

When the clock struck midnight we welcomed the new year dancing to a band – but we didn’t have a kiss. It was actually about two weeks before I kissed him for the first time.

We kept things casual at first – I even went on my 13 planned dates – but none of them seemed as nice as Richard and I realised how much I enjoyed hanging out with him. We met up for movie nights and Chinese takeaways.

Three months later we were in a relationship when I hatched a mad plan to take on a long-distance paddle along a section of the Northern Irish coast to raise money for Marie Curie, in support of a cousin with breast cancer.

By this point Richard was used to seeing me heading out to sea with my board so he wasn’t at all surprised and volunteered to help – although looking back I don’t think he quite realised what he was agreeing to.

The challenge, in April 2014, took me three whole days to cover a 75-mile section of the coast. I had the lifeguards on stand-by, but Richard was the most important part of my support crew.

I needed a spotter, in case I got into trouble – someone on land who could keep a pair of binoculars trained on me at all times and call for help if I disappeared from view.

For three long days, six-hour stretches at a time, Richard walked along the shores parallel to me, keeping watch. That’s when I knew he was a keeper! At one point I was paddling in the dark, trying to get in a couple of extra miles, and I could see his headlights out on shore. It was so reassuring knowing he was there.

We married on June 7 2015 and in 2016 I gave birth to our son Jack. As a 44-year-old first time mum my pregnancy was considered to be high risk and I was carefully monitored, so the paddling took a back seat. I really missed being out at sea but I felt it was worth the sacrifice – I had new duties and responsibilities.

But by 2019 I was back out on the water with a new plan – to cover a 200-mile length of the coast from the northern-most tip of Northern Ireland, Greencastle, right down to the south, finishing in Howth, Dublin. Richard went with the flow, keen to support me as always.

Over the next three years I completed my challenge in stretches, going out to paddle over weekends with Richard, 56, and Jack, now six, in tow.

I hugged the coast as much as possible, but there were several lough mouths to cross and they’re physically tough – huge bodies of water with rip currents and whirlpools.

I would aim to paddle for around six hours at a time. It’s really gruelling on the shoulders but it helped so much knowing that Richard and Jack were on the shore keeping watch with their binoculars.

During my paddles I would always call the lifeguards and tell them I was going to be in the water, and when I called the Dublin lifeguard for the first time, his response was ‘are you mad?’

I finally reached the end of my challenge in autumn 2022, covering a stretch of sea absolutely full of jellyfish. It was a choppy sea and every time a wave came over my board there was a jellyfish in it. I was so worried one was going to end up on my board – or my foot – but thankfully that didn’t happen.

I’m turning 50 in 2023 so my New Year’s Resolution will have to be a big one. Perhaps I’ll continue paddling south and see if I can complete the entire eastern side of the Irish coast.

Knowing Richard is keeping watch makes me feel like these challenges are more achievable. For safety it’s essential, and the coast guards are always reassured when I tell them my husband is driving parallel to me on the shore.

The sky’s the limit – or should that be the sea? As long as Richard brings his trusty binoculars.

This New Year’s Eve we’re going away for a few days at the coast as a family – albeit I’m going to be out paddle boarding. We tend to put more importance on our wedding anniversary as a day to celebrate, but I’ll always be thankful I agreed to that New Year’s Eve date.

As told to Jade Beecroft

So, How Did It Go? is a weekly Metro.co.uk series that will make you cringe with second-hand embarrassment or ooze with jealousy as people share their worst and best date stories.

Want to spill the beans about your own awkward encounter or love story? Contact [email protected]

12/31/2022 lifestyle Comments Off on A stranger asked me on a New Year's Eve date – 9 years later, he's my husband
Recent Posts