After saying goodbye to its hero last week, The Walking Dead is moving onward and upward — but most especially, forward in time. The first episode since Andrew Lincoln‘s farewell found our survivors six years in the future, but still struggling with many of the same familiar threats: hungry zombies, isolated communities, and mysterious interlopers with murky intentions. What does the world of The Walking Dead look like so long after the loss of Rick Grimes? Here’s everything that happened in the latest installment, titled “Who Are You Now?”

One awesome side effect of the leap into the future was that everyone was sporting fresh hairstyles, most of all Carol (Melissa McBride), who had traded her buzz cut for long, gray locks befitting her royal status. She and Ezekiel (Khary Payton) had married and remained at the Kingdom, raising Henry (Matt Lintz) and working on a plan to reunite the estranged communities. But if you were worried that Carol might have grown soft in her new role … uh, don’t.

On a trip to the Hilltop, she and Henry were waylaid and robbed by Jed (whose sideplot got kind of forgotten amid all the Rick-related drama, but apparently he survived all these years as the bandit leader of a rogue group of former Saviors.) They even took her wedding ring! RUDE. Carol didn’t fight back at the time, which seemed a little weird, until it turned out that she was just waiting for the cover of darkness to return to Jed’s camp, retrieve her ring, and burn every single one of them alive. YASS, QUEEN. 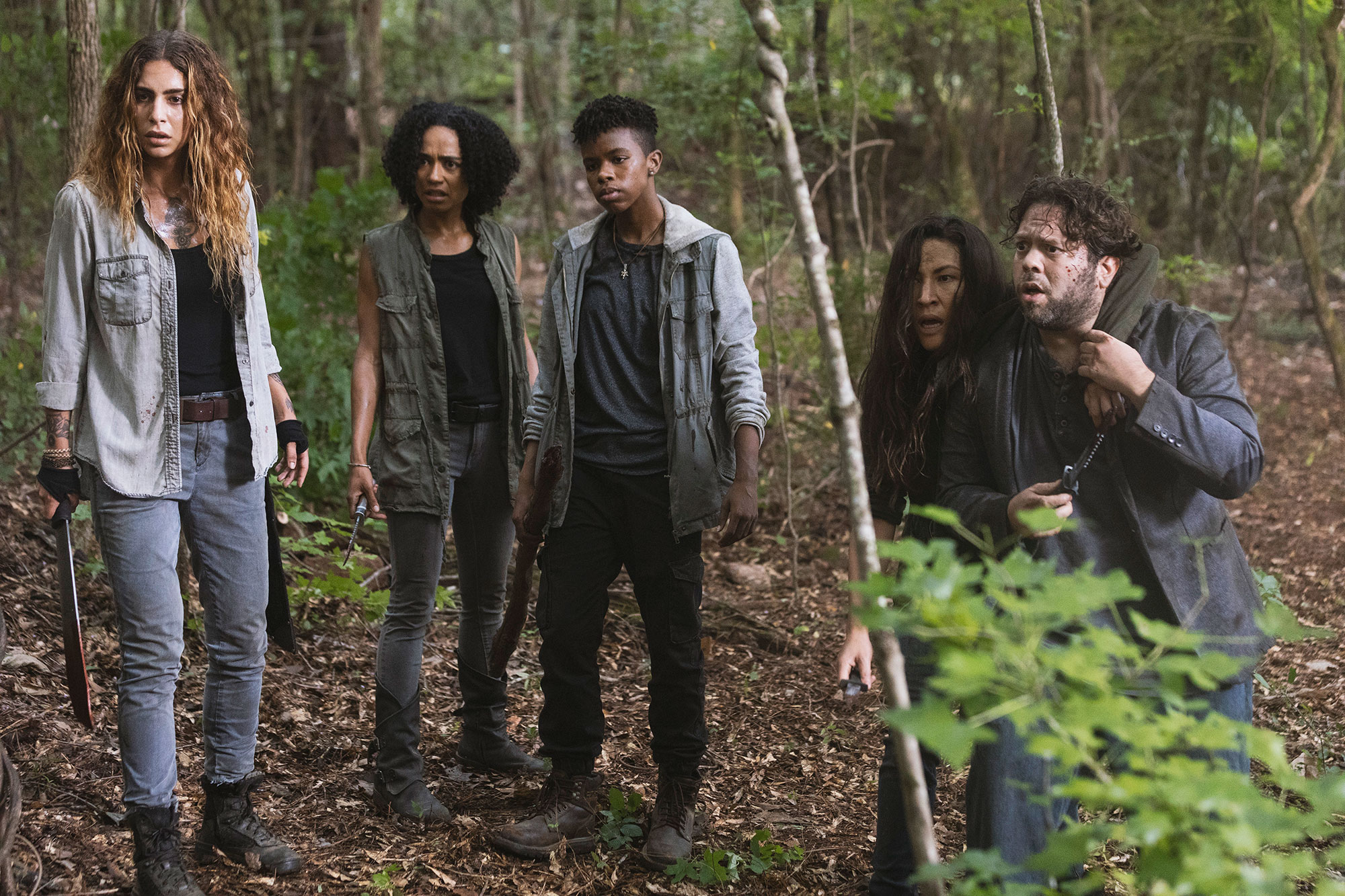 Meanwhile, back at Alexandria, the grown-up Judith Grimes (Cailey Fleming) demanded that the group of people she rescued last episode be brought into the community, despite fierce objections from Michonne (Danai Gurira), now head of security and just as suspicious of outsiders as Rick ever was. The new group seemed OK at first, until it turned out that Magna (Nadia Hilker) was an ex-con carrying a stash of hidden blades and a serious chip on her shoulder.

Magna argued with her friends that they should try to take Alexandria for themselves and then went to Michonne’s house with the seeming intent of doing something bad and violent, leading to a whole new twist: Michonne was apparently pregnant at the time of Rick’s disappearance! Because she’s got a son now. R.J.’s (Rick Jr., maybe?) presence was enough to deter Magna from doing anything regrettable. Instead, she turned in her knives and apologized. The last time we saw the newbies, they were being led to the Hilltop with hopes of being invited to stay. It’s too bad Maggie won’t be there. 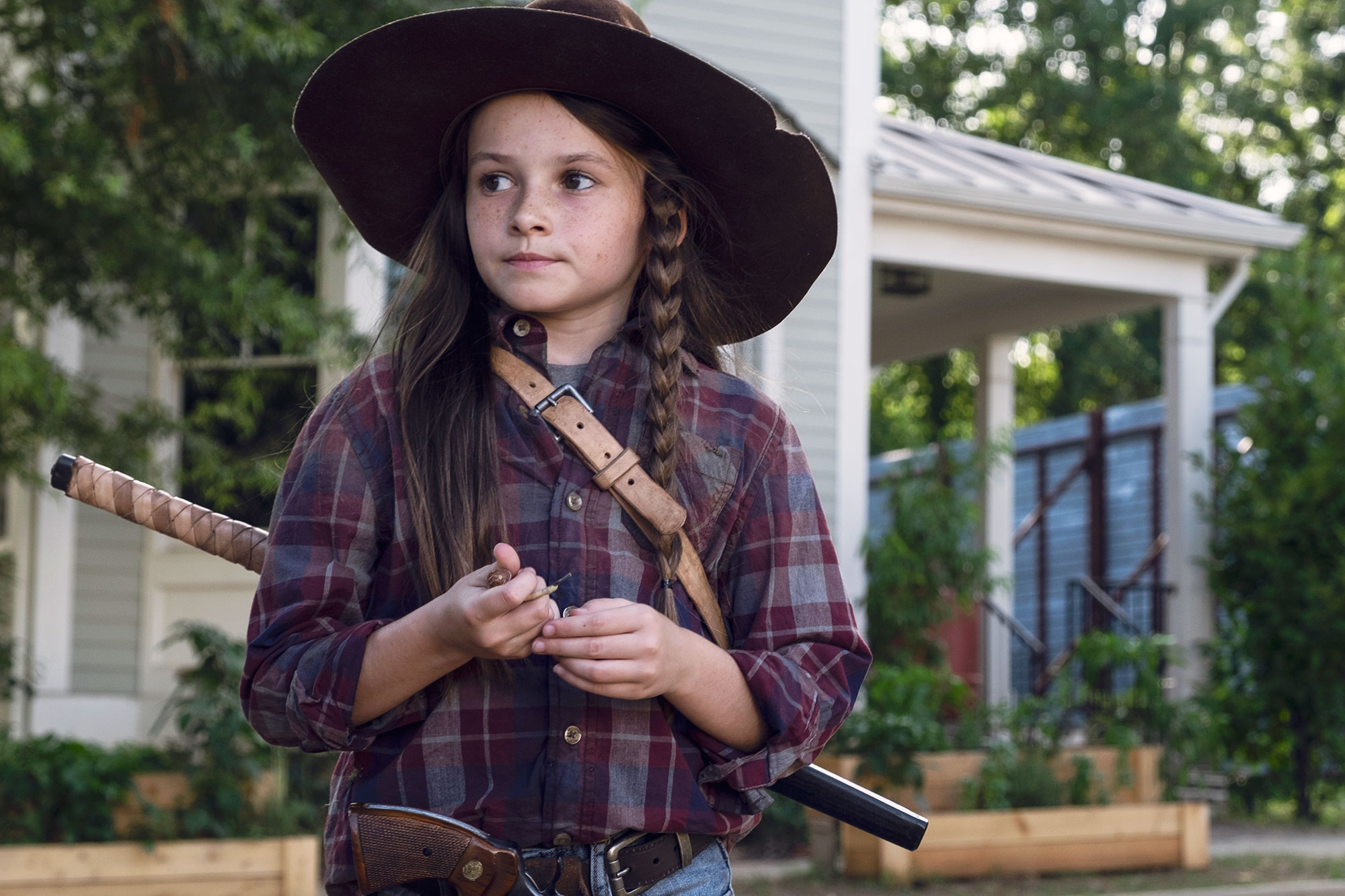 Finally, it wouldn’t be a new season of The Walking Dead without a frightening new villain in the mix, who appeared in the final moments of this episode. After being attacked by a herd while trying to rig up a radio antenna, Eugene (Josh McDermitt) and Rosita (Christian Serratos) were forced to flee through the woods, leaping down an embankment and covering themselves with mud to avoid detection.

Lying just out of sight with the herd walking right above their heads, the two listened to the sounds of the passing zombies — only to hear something even more horrifying amid the grunts and moans. “They must be close,” whispered a guttural voice. “Don’t let them get away.”

If you’ve read the comics, you knew this moment was coming, and now it’s here: the Whisperers have arrived.

The Walking Dead airs on AMC Sundays at 9 p.m. ET.

For the latest TV news and interviews, subscribe to our new podcast “Watch With Us” below!

11/12/2018 lifestyle Comments Off on A New Baby and a New Threat! 'The Walking Dead' Jumps Ahead 6 Years
Recent Posts