Director Melina Matsoukas said making the jump from directing music videos for Beyonce to directing Queen & Slim for the big screen has given her the chance to tell a "necessary" story about "black people, my people".

Matsoukas' drama is about a black couple whose Tinder date ends with the duo on the run after they kill a white police officer in self-defence. 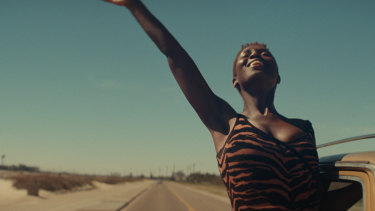 "When I read the script it was everything I had been looking for in a feature – it was political, it had something to say, it felt really necessary and it was entertaining," Matsoukas said at the film's London premiere.

"It also represented a community of people – black people, my people – that we don't always see on screen and I really wanted to tell our stories to our lens, unfiltered, and we were able to do that."

The film opens with Daniel Kaluuya and Jodie Turner-Smith’s characters "Slim" and "Queen" on an awkward date that appears to be going nowhere.

Driving home along a deserted Cleveland street after dinner, they are pulled over by a lone white police officer and become involved in an altercation that results in Queen being shot in the leg and Slim killing the policeman in self-defence. 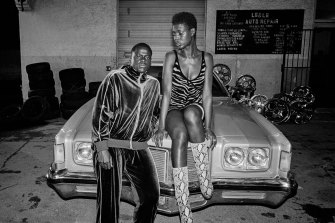 "The film doesn't really have an answer to any of the issues it raises, it's really just bringing them up to light and talking about it, that trauma, that tension, that fear, that black people live in and at the same time being able to exist and find love," she said.

Related posts:
01/30/2020 lifestyle Comments Off on A necessary story of ‘my people’
Recent Posts
We and our partners use cookies on this site to improve our service, perform analytics, personalize advertising, measure advertising performance, and remember website preferences.Ok