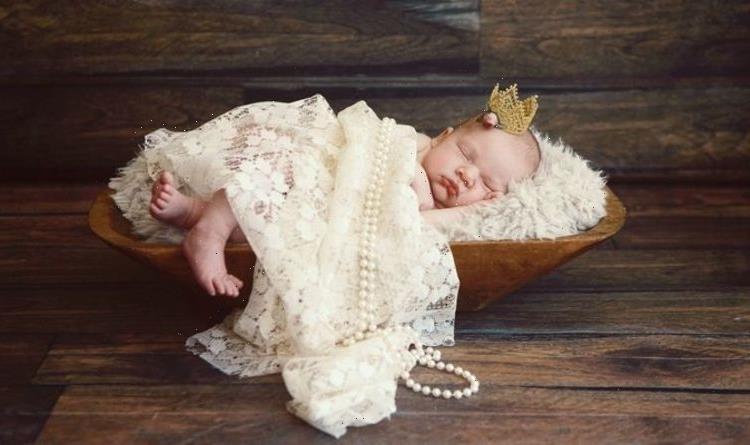 With the Royal Family being such a national treasure for the British people, it is understandable why so many new parents choose royal names for their babies. Read on to discover which are the most popular baby names based on the British Royal Family.

Online gaming review expert CasinoSites analysed data from the Office of National Statistics and baby name website, Newbury, to find out which names were most popular.

He is the second child of Queen Elizabeth’s son Prince Edward.

It ranks highest on ONS data for the number of children worldwide with the name.

Expert in names meaning Abby from Appellation Mountain said: “It doesn’t get much more classic. This choice has been worn by saints, kings and a world famous fictional spy. He’s also reader Kayt’s beautiful new baby boy, the inspiration for the Name of the Day: James.”

In the girls’ category, research revealed that currently, the most fashionable name inspired by the British Royal Family is Isla.

She is Queen Elizabeth II’s great-grandchild and daughter of Peter Phillips.

According to ONS data, Isla ranks as the third most popular baby name in the UK.

Although they fail to take the top spot, the Duke and Duchess of Cambridge’s children’s names all rank in the top 10 for popularity amongst royal names.

“Derived from Islay, the name of an island in the Scottish Hebrides. Isla also means island in Spanish, which is from the Latin insula. It’s easy to imagine parents choosing Isla as an alternative to other top ten names, Isla could be a great substitute for parents looking for something short, sweet and complete,” Abby said.

Princess Charlotte is the second child of Prince William and Kate Middleton.

While it has been a consistently popular name in the UK, since her birth in 2015, the name Charlotte has risen from 25th place to 12th in the UK.

The name of William and Kate’s other children, Louis and George, rank in fourth and fifth, respectively, of the boys’ names inspired by the Royal Family.

George is the fifth most popular baby name worldwide, and second in the UK.

Archie, which is the name of the Duke and Duchess of Sussex’ son, is the sixth most popular after Louis and George.

Harry and Meghan’s daughter Lilibet Diana, ‘Lili’, who was born in June, does not currently rank.

However, a spokesperson for CasinoSites commented: “It will be interesting to watch the influence of these baby names and see where the newest addition – Lilibet – ranks in the future.”

William ranks higher as a baby name than Harry.

CasinoSites found that the least influential Royal name is Meghan, after Meghan Markle.