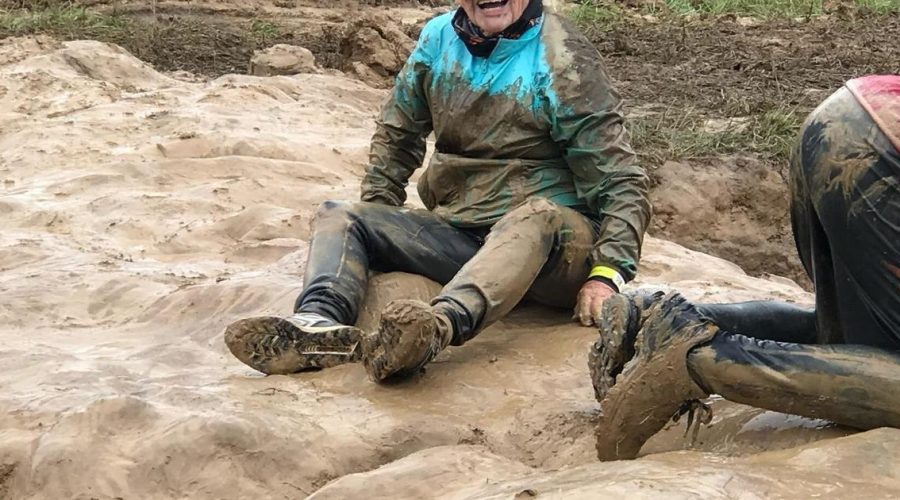 Tough Mudder races are just that – tough and muddy. And while the obstacle course requires endurance and muscle strength, one 82-year-old woman is proving youth has nothing to do with it.

Mildred Wilson competed in a Tough Mudder in Missouri this year, with someone motivating her along the way: her late husband, Farrell.

The Sikeston, Missouri resident had done a Tough Mudder in her home state in 2019, when Farrell was still alive. But in 2020, Farrell caught COVID-19 and died from a heart attack while battling the virus.

Instead of staying inside and mourning, Wilson decided getting out and being active would help her through the difficult year.

She did a stress test with her doctor, who said she was OK to train, and then started working out at the YMCA, working on her upper body strength. By September, she was ready compete in a Conquer the Gauntlet obstacle race similar to a Tough Mudder.

And in May, she and her son, Danny, decided to compete in a Tough Mudder in Missouri. “We just decided that [Farrell] wouldn’t have wanted us not to and so we decided to do it in his honor,” Wilson said.

The mother-son duo ran the Tough Mudder on Mother’s Day, wearing a yellow tag on their shoe that said, “I run for Farrell Wilson. He walked by faith.” 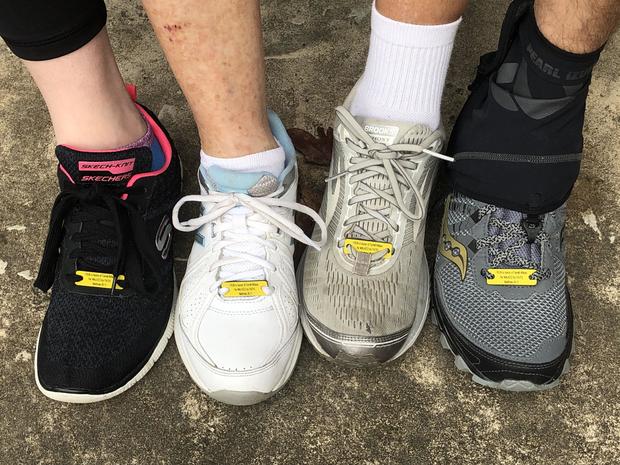 On average, it takes one to one-and-a-half hours to complete a 5k Tough Mudder course. Wilson, who competed with her son and some friends, said it took her two to three hours to complete the course. Her son was by her side the whole time.

The octogenarian said she’s always been active and played sports with her son when he was growing up. When companies in their small city would compete against each other in corporate sports tournaments, she always signed up, playing for her employer’s volleyball, softball, tug-of-war and tennis teams. 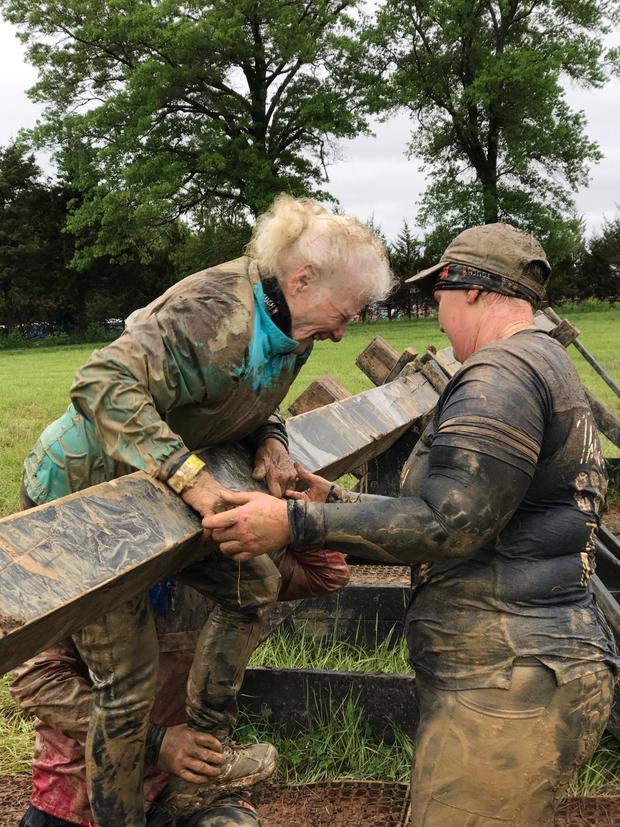 Still, one part of the course – which has 10 different muddy obstacles, including crawling under barbed wire – intimidated her. “I was intimidated by that vertical wall,” she said. “I wanted to do it and with help, I got over that wall. It wasn’t easy, but it took a whole village to get over that wall.”

Wilson said she’s never minded getting dirty, and she hopes her story inspires others to try new things, no matter their age. “It’s OK to try and not be able to do all that you want to do. Just do the part of it that you can – whatever you’re doing,” Wilson said. “Just give it a try.”

Wilson plans on running another Tough Mudder in Spring 2022, again honoring Farrell, who she said would be proud. “He would’ve loved it. He was my biggest fan,” she said. “Anything I wanted to attempt, he was there for me… He cheered me on.”