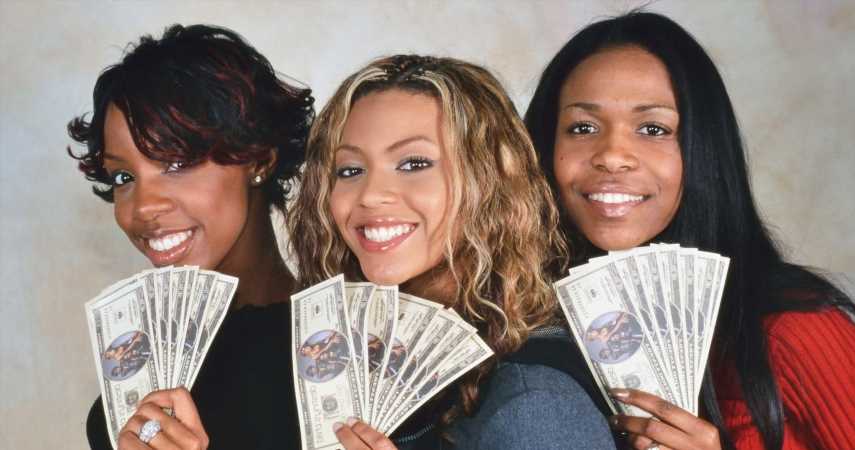 In this era of online streaming, solo artists and bands are making millions out of their popularity on online streaming platforms like YouTube and Spotify. Apart from this, even in terms of record sales, certain best-selling girl bands of all times stand invincible. The stories behind the formation of these bands are equally heartfelt and inspiring. It almost seems like the members in the group were made for each other and meant to create history together.

These are some of the richest and best-selling girl bands of all time who have made history by creating sensational music.

Girls’ Generation is a relatively newer girl group as it was formed in 2007. Considering this, their success is even more commendable as they have made it to the top in only a few years.

This group consists of South Korean singers Taeyeon, Sunny, Tiffany, Hyoyeon, Yuri, Sooyoung, Yoona, and Seohyun. The steady influx of K-pop music into mainstream music has become more evident by the rising popularity of bands such as Girls’ Generation. They have reportedly released about ten studio albums and sold over 35 million copies worldwide.

Bananarama was formed in 1980 by a group of English singers – Sara Dallin, Siobhan Fahey, and Keren Woodward. They had fantastic chemistry between them because they were friends before they decided to form a band.

After some struggle, they became a major hit in the 80s, and in between, there were changes in team members. Siobhan left Bananarama in 1988, and Jacquie O’Sullivan replaced her, but in a few years, Sullivan left the band too. The band made a comeback in 2017 after being on a hiatus for many years. Despite all the ups and downs, Bananarama remains one of the richest girl bands of all time by selling about 40 million copies of 11 albums that they released in the span of their career.

Before Beyoncé became a solo pop star, she was part of the girl band called Destiny’s Child along with two other members – Kelly Rowland and Michelle Williams. Beyoncé tasted success as a part of the best-selling girl band even before she embarked on her separate journey to launch a solo career.

Destiny’s Child was initially known as Girl’s Tyme when it was formed in 1990 in Texas. The band signed with Columbia Records in 1997 under the name Destiny’s Child and began dropping one hit album after another. The group released five studio albums which sold over 60 million copies.

The most astonishing and unique aspect about this Japanese girl band is that it is the largest girl group in the world, having about 130 members. This band was formed by its members in 2005, and the group is known to have its own theatre.

AKB48 has a high reputation for having released about eight albums in 15 years. But they are also a favorite for their extraordinary music creation, which is why their albums have sold over 60 million copies over the years.

The R&B trio TLC was formed in 1991 by three women T-Boz Chilli, Left Eye, and Crystal Jones. After working for a while as a band of three, Crystal Jones decided to leave the band.

So for the longest time, TLC was a band comprising of only two members – T-Boz Chilli and Left Eye. The two singers also decided to take a break and launch solo careers, but after some time, they reunited and started creating magic together all over again. Unfortunately, in 2002, Left Eye met with her sudden demise in a car crash. In that short span, the band managed to become one of the best-selling by hitting the sales figure of over 65 million copies for their five studio albums.

It would be heresy to talk about girl groups and bands and forget about Spice Girls. The Spice Girls are undoubtedly one of the highest-earning bands of all time. It was formed back in 1944 by the legends Melanie C, Emma Bunton, Mel B, Geri Halliwell, and Victoria Beckham.

Spice Girls released their debut album called Wannabe in 1996. The first album became a superhit in 37 countries, all at once. Right at that moment, it was evident that nobody could stop the Spice Girls from taking over the world. Their last three albums sold over 85 million copies.

The Supremes is a girl group from the 1960s who also became the best-selling band of their time. Initially, when the group was formed in Detroit, Michigan, the singers called themselves The Primettes.

The Andrew Sisters can be named as the best-selling girl band of all time, but they were also one of the oldest. They performed in the 1920s in times of the blues and jazz. In fact, they specialized in the art of Swing Jazz and Boogie-Boogie Blues.

This group was formed in 1925 and comprised of three sisters named LaVerne Sophia, Maxene Anglyn, and Patricia Marie ‘Patty’. Even back in the day, the Andrews Sisters sold over 90 million copies of the 12 studio albums that they released.

These were some of the best-selling girl bands from all eras at different points in time, and these legendary figures have left behind their profound legacy. The Andrew Sisters were as crucial in the evolution of the music industry as is the K-pop band Girls’ Generation.

READ NEXT: 2021 Net Worth For The Hottest Up & Coming Musical Artists