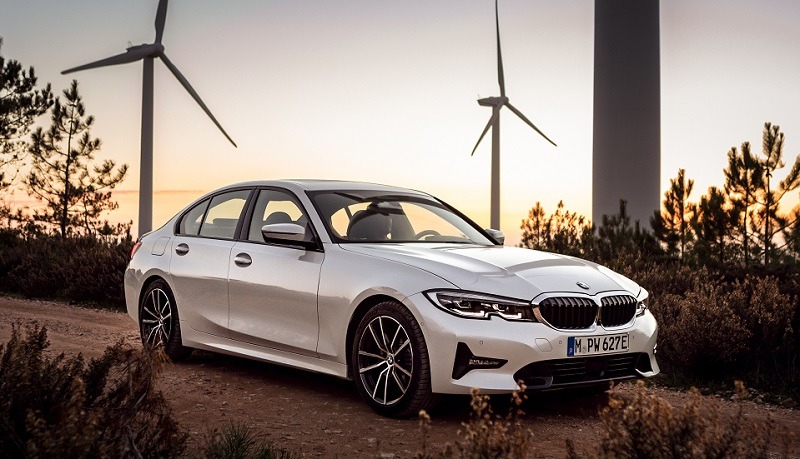 If you look at the BMW plug-in lineup, you’ll see a study in contrasts. On the electric vehicle side, the i3 has been one of the segment’s key players since its early (2014) debut. Since then, i3 has improved and will head into 2019 with a 151-mile EV range (plus range extender). No one would call it a compliance car.

As for the brand’s plug-in hybrids, you could make a claim that these models’ electric range (14-16 miles) and efficiency (56-72 MPGe) left much to be desired. You could certainly call these models, including the 330e, “compliance PHEVs” if you liked. They simply didn’t have enough battery power to make a big difference with respect to fossil fuel consumption.

With the debut of the 2019 BMW 3 Series, the situation will improve considerably. Following the reveal of a performance model (M340i) to go with the standard 3 sedan, BMW’s latest reveal suggests the next 330e will render the previous version obsolete. Here’s a close look at the 330e that will appear for the 2020 model year.

In a statement on the new 330e sedan, BMW’s international press operation pegged its electric range at 60 km. this figure, which is an estimate using the European standard would translate to 37 miles. However, these numbers drop considerably when translated to EPA estimates.

Nonetheless, the next 330e will likely double its range (14 miles for 2018). At the very least, it will surpass 25 miles on a full charge, which is a good amount for daily commutes. Meanwhile, BMW said this model will be 10% more economical than its predecessor. Going by the EPA figures (71 MPGe), that would bring it close to 80 MPGe. 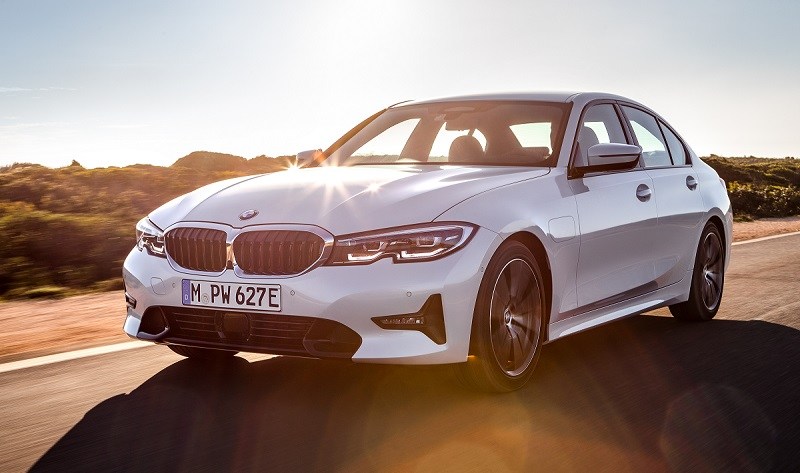 Power will never be neglected in a BMW plug-in, and this model improves considerably upon the last generation. The 330e will use a 2.0-liter four-cylinder turbo engine and electric motor to combine for 252 horsepower and 309 pound-feet of torque. From a stop, it will be able to hit 60 mph in less than 6.0 seconds.

Its top speed is 143 mph and it can run up to 86 mph using the electric motor alone. In hybrid mode (a third option), it has a top speed of 68 mph. An eight-speed Steptronic transmission handles the gear shifts for drivers.

While that might sound like plenty of power, the 330e will feature a special power-boosting function called XtraBoost. According to the 330e release, selecting Sport mode will bring in an extra 41 horsepower from the battery, creating a total output of over 290 horsepower. XtraBoost comes standard. 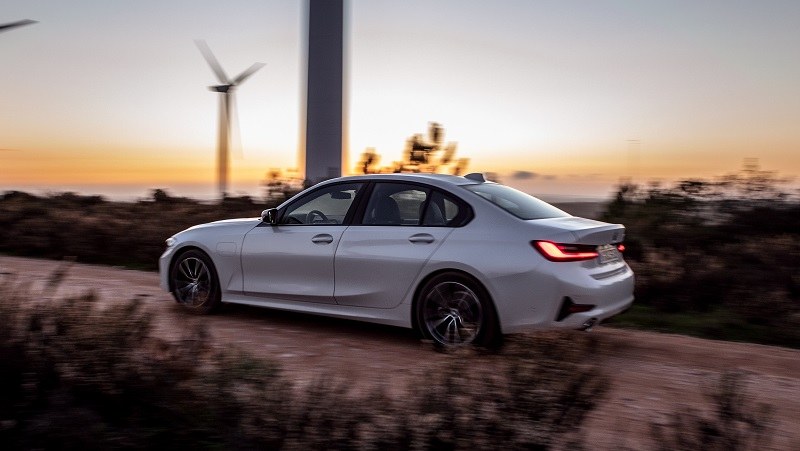 There won’t be any disadvantage for consumers who opt for the plug-in 3 Series when it arrives in the U.S. BMW said it will offer virtually every option available in standard models. Besides the base model, there will be four additional trims: Advantage, Sport Line, Luxury Line, and M Sport.

4. Unique features of the plug-in 3 Series 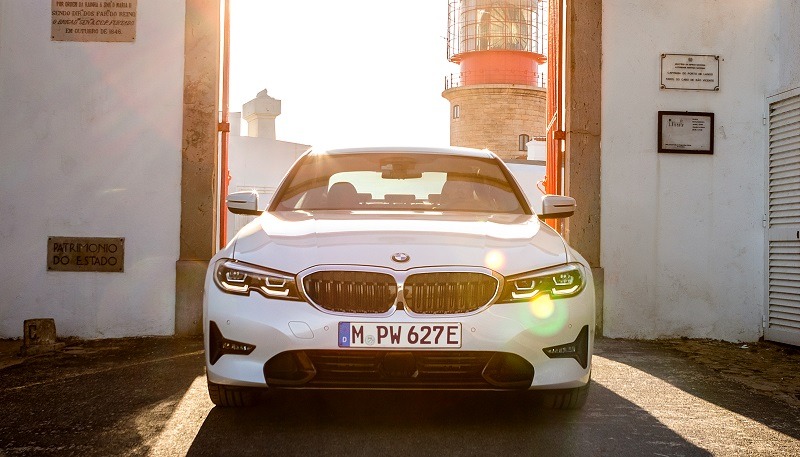 To differentiate the 330e further, BMW said it will have a “model-specific sound design” as well as an acoustic pedestrian detection function. As buyers look for a charge, they will be able to access the brand’s digital services that help locate charging stations in the area.

The option to check the status and reserve stations will be part of these services. (Currently, most charging station apps can tell you the status of a plug but not reserve a spot for you.)

BMW said its next-generation 330e will follow the gas-powered model coming early next year and land in European markets by summer 2019. American buyers will get a look at it in 2020.

Before that, the standard 3 Series will reach the U.S. in spring 2019, with the M340i arriving by summer.