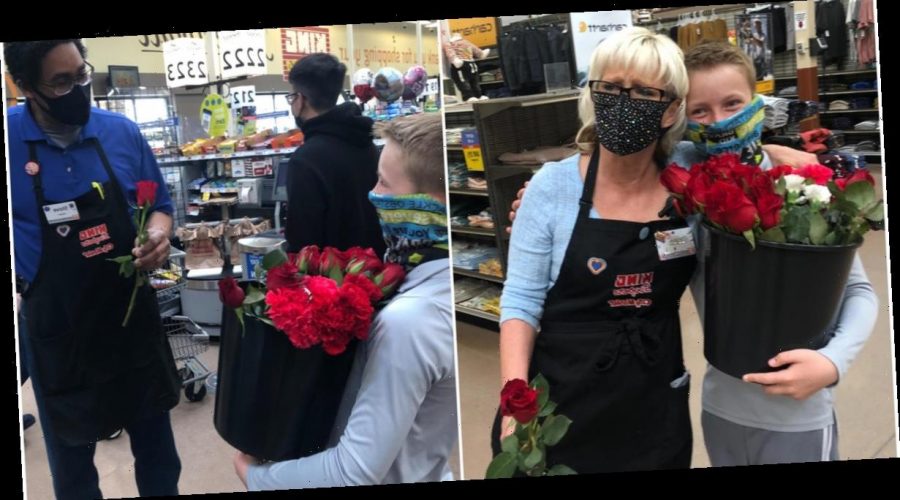 Following the tragic shooting at a King Sooper grocery store in Boulder, Colorado, this week, 11-year-old JJ Witmer was afraid. The boy from nearby Brighton, Colorado, knew other people were feeling the same way.

“I was scared,” Witmer told CBS News. “I can’t imagine what it would be like to be one of those family members from one of the victims.” 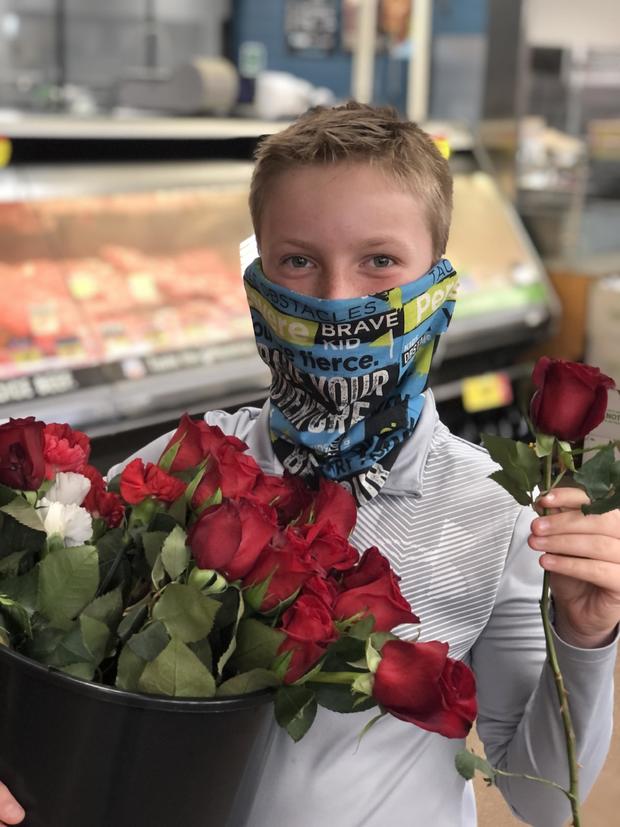 JJ wanted to do something to help others in his area who might be struggling. So, he and his mom went to grocery stores in the area and handed out flowers to employees the day after the shooting

“Flowers make people happy and smile. And I just knew that they were going to be a little bit scared to go to work that day, so, that’s why I decided to hand out flowers,” he said.

Witmer and his mom handed out about 80 flowers to frontline workers, making their day.

“One of the employees said that they were scared to go to work and do what they were doing then,” Witmer said. “And, I just was happy for them that they grabbed themself together and went.” 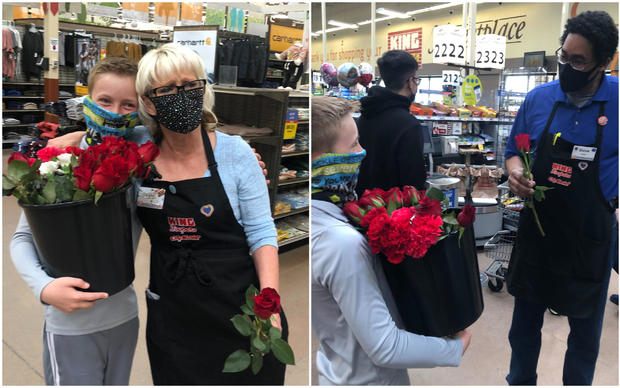 The fifth-grader said he was “flabbergasted” by some of the reactions he received. “[Some] gave me air hugs, real hugs, fist bumps,” he said. “It just made me really elated.”

He said many of the employees cried when he approached them. “There’s this one woman in the bagging area and I gave her a rose. And she just started crying and giving me hugs, and it started to make me tear up,” he said. “It was, I think, my best reaction that I received.”

Witmer said he hopes his good deed inspires others, and he wants to start a chain reaction of kindness. “Take action. Don’t think about doing it – do it,” he said. “At first I was a little bit hesitant about doing it, because I wasn’t sure about the reaction I was going to get. But after a few, then that’s what really got me going. So, just take action.”