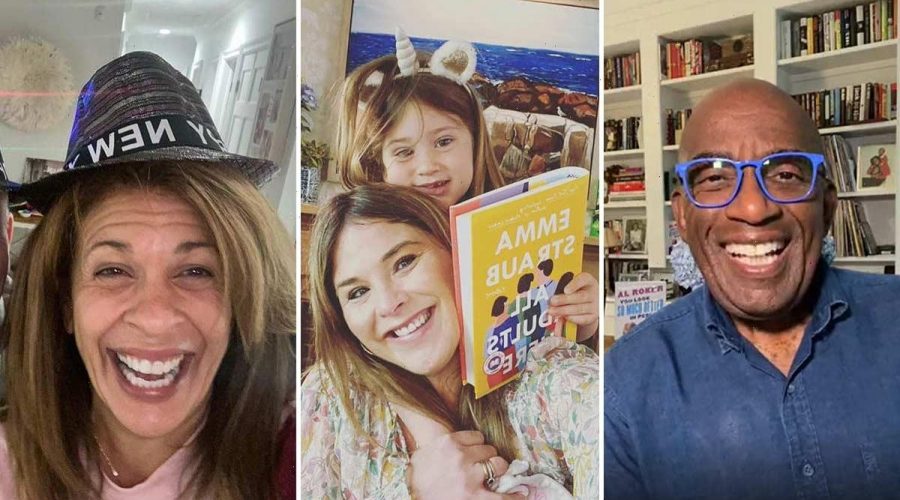 The Today Show studio beams into our houses every day, but what about the private residences of the likes of Al Roker, Hoda Kotb and Kathie Lee Gifford?

Boasting features such as outdoor swimming pools, indoor gyms and massive kitchens, it’s safe to say the houses are just as impressive as you expect. Take a peek inside the Today hosts’ family houses that span from New York to Nashville…

Former Today host Kathie Lee Gifford lives in Nashville, in a home she paid $3.7million for.

Kathie has filmed several videos from inside her living room, which features a cream Chesterfield sofa topped with white and cream cushions while a large bunch of white flowers sits on a table behind her. In the background, the walls are lined with bookshelves and it leads into another open-plan space.

She previously shared a photo of her kitchen, showing marble-effect brown worktops and wooden cupboards.

It is open-plan alongside a living area, where she has a black grand piano and a cream armchair.

Another image shared a glimpse of a second living space, which has a stone fireplace, an alcove with shelves and a TV at one side, and a chandelier.

Al Roker owns two homes: a townhouse in NYC, and a second house in the Hudson River Valley. He has been staying at the latter with his wife Deborah Roberts and their children since the pandemic began, and it is truly beautiful.

The Today presenter filmed a video in the living room as he decorated the Christmas tree with his son Nick, showing that it has tall ceilings and windows, with grand floor-length curtains.

Another photo taken in the living room revealed that it follows a muted colour scheme with hints of red seen in piping on the couch and window blinds, as well as pillows and a patterned rug.

SEE: Al Roker’s home is a better take on The Hamptons – see inside

Al also has his own office, with large exposed bookshelves, and a sofa as seen behind him.

Hoda Kotb lives in NYC with her fiancé Joel Schiffman and their two children, and she also owns a second home in Long Island.

At the former, there is an open-plan living and kitchen area that has been designed with a cream colour palette, and rustic wooden kitchen cupboards. There is also a cream linen couch with matching cushions.

Hoda’s children Haley and Hope also have their own playroom, as seen here. The girls have made the space their own, with several paintings clipped to a string on one wall, various balloons, a whiteboard and a selection of toys.

Katie Couric resides in celeb-favourite the Hamptons after previously living in New York with her late husband Jay Monahan, who sadly died in 1998.

The house she now shares with her husband John Molner (she also has two daughters, Elinor, 29, and Caroline, 25) features seven bedrooms and six bathrooms, and Katie called upon her sister and architect, Clara Couric Batchelor, to help her design the interiors.

One of the bedrooms at Katie’s home is decorated with pink and white patterned wallpaper, and motivational wall hangings, including one that reads: “You got this girl.”

Jenna Bush Hager spent many years of her childhood growing up in the White House, after her grandfather George H. W. Bush was sworn in as US President, but the Today host now lives in Long Island with her husband Henry Hager and their three children.

It has an open-plan kitchen and living area, designed with dark wooden flooring and retro furniture including an oval-shaped dining table, a tapestry rug and a floral armchair.

One of Jenna’s bedrooms has a wooden fireplace and white and cream floral wallpaper. She has showcased a portrait painting of the ocean on the wall, and there are several books and vases of flowers positioned on the mantelpiece.

Savannah Guthrie shares a home in upstate New York with her husband Michael Feldman and their two children.

It comes complete with its own indoor gym, several bedrooms and bathrooms and an enormous kitchen, which she previously shared a glimpse of. It has dark oak cupboards, a double range oven, and a wooden island lined with brown leather stools.

Savannah’s gym is equipped with everything from a bench to a boxing bag.

Craig Melvin lives with his wife and fellow TV presenter Lindsay Czarniak and their two children in Connecticut, in a three-storey home which they have unveiled in several photos.

The foyer has dark hardwood flooring that contrast against bright white walls.

Craig’s living area is open-plan alongside the dining area. The lounge space boasts a wraparound cream sofa that is positioned in front of a fireplace, while the dining area has a large dark grey table with wooden chairs.

Dylan Dreyer, her husband Brian Fichera and their children live in a beautiful apartment in New York. It features three bedrooms and an open-concept living, kitchen and dining area, which Dylan previously revealed here.

The image showed that the kitchen has white cupboards and a central island, while the family’s TV is positioned on top of a wooden wall unit.

Dylan shared another image of the living area after transforming it into a studio. It has grey sofas, and a small office area with a printer and bookshelves in one corner.

A closer look at Dylan’s kitchen revealed that there are white marble worktops, and white diamond-shaped backsplash panels.