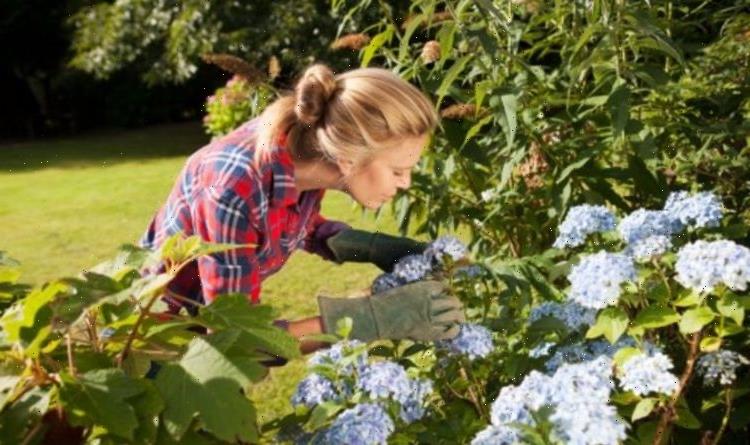 No matter how beautiful some plants may be, it’s important to always assess how safe they are for the pets and small children you live with. If you eat the plants and leaves of poisonous plants, a range of things can happen from vomiting, rashes and even hallucinations and convulsions. Don’t panic, GardenBuildingsDirect.co.uk has put together a list of plants that could cause harm, including daffodils and the deadly nightshade!

Some of the most popular plants to use in the garden are actually quite dangerous, including to the experts at GardenBuildingDirect.

A spokesperson said: “Many plants in our garden may appear innocent at first glance, but there are some silent assassins that can pose, in some cases, a deadly risk.

“It’s particularly important that in the summer months when a lot of these flowers are in full bloom we protect ourselves, younger children and even our pets too.

“Vomiting, rashes and heart problems can all occur from some of these plants so it’s important to remain educated and make sensible choices in our gardens.”

Here are the 10 plants to keep out of your garden to keep yourself, your kids, your pets and wildlife safe.

Hydrangea might be stunning, but they actually contain cyanide!

If cyanide gets into the body, it can cause things like vertigo and increased heart rate to start and eventually lead to a coma, hypotension, cardiac arrest or even death.

But don’t worry, you need to eat LOTS for it to be fatal, according to the experts

Almost every part of the English yew is poisonous, especially the leaves and seeds.

The experts said: “Eating these can leave you feeling dizzy, have a dry mouth and dilated pupils.”

Tansy is often used in gardens as a natural insect repellent, but the Tansy plant isn’t a dog’s best friend either.

The experts explained: “The oil produced from the plant can leave those who are susceptible to dermatitis with irritable skin.”

Lily of the Valley

It may smell and look lovely, but you should keep Lily of the Valley out of your garden.

The experts said: “The toxic compounds in Lily of the Valley called cardiac glycosides can leave you feeling dizzy, vomiting and covered in a rash.”

Keep Oleanders away from your kids and pets because their side effects are nasty when eaten or applied to the skin.

The experts noted: “Oleanders have a high concentration of toxins within its nectar and sap and significant exposure can cause severe digestive issues.

“It’s definitely one to avoid if you have small children or pets.”

The Rhododendron is a beautiful plant that produces mad honey, a type of honey that is actually poisonous.

The experts said: “In Roman times, troops were given honey made from the plant which poisoned them.

Mad honey is a neurotoxin that can cause hallucinations and if you eat more than a small amount, you can overdose, be poisoned or die.

Rhubarb is absolutely delicious in a crumble or salad, but you should never eat the leaves!

The experts said: “Stick to the stalk because eating too many Rhubarb leaves may cause your kidneys to shut down.”

This popular summer pot plant can be deceiving with its bright petals and beautiful shape.

The experts warned: “As well as the leaves being capable of leaving an irritable rash, the berries are also seriously poisonous and ingesting them can cause particular harm to animals and young children.”

How can you go wrong with having Daffodils in the garden? Well, they’re not exactly safe for pets or small children.

The experts explained: “The bulbs of a Daffodil are the dangerous part of this plant.

“If you have a dog that loves to dig, keep them away from your daffs. Eating them will cause vomiting, convulsion and diarrhoea.”

The deadly nightshade is common in central, eastern and southern parts of the UK.

It is a poisonous plant that has black, shiny berries and bell-shaped flowers, and it’s normally found on chalky and disturbed ground.

You should never eat any part of this plant because, as the experts warned, it can cause dilated pupils, problems balancing and a rash.

They added: “It may eventually lead to hallucinations and convulsions.”