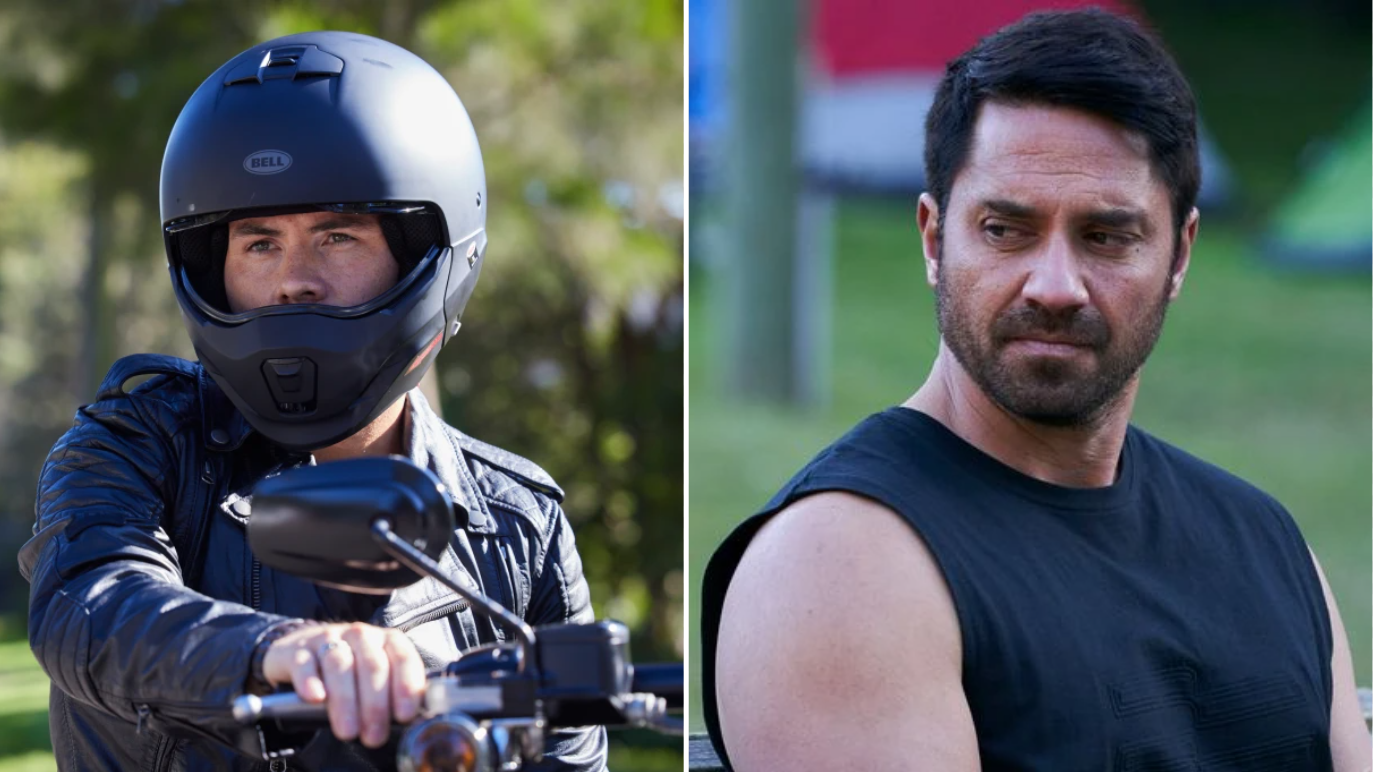 Rose (Kirsty Marillier) and Tex (Lucas Lineham) have recently gone on their first romantic getaway to the city, and they return even more loved up. Xander (Luke Van Os) is wary about the rapidly escalating relationship, considering that Rose confessed her feelings for Cash (Nicholas Cartwright) not too long ago. However, he decides to keep his word and stay out of her business. Regardless, he can’t help but smile for her newfound happiness.

Tex recently signed up for a gym membership and has begun frequenting the place. He begins going late at night and one evening, he makes the most of the abandoned premises and pokes around the office. While he looks around, he zeroes in on the photo of Ari (Rob Kipa-Williams) and Mia (Anna Samson) on the front desk, taken when they were celebrating buying the gym. He takes the photo and takes off. What is he up to?

Alone, Tex shows up at an industrial warehouse where he greets a motorcycle, saying it’s been a while. The place is full of leather-clad bikers, many of whom greet Tex warmly. Tex moves through the crowd and approaches a man who refers to him as the Sergeant in Arms. He asks what Tex has managed to dig up, and Tex produces the photo. The man confirms that is indeed Ari Parata.

Tex says that if the man wants to make a move, he can keep the local copper distracted. The man asks how Tex managed that, and he winks. The man says it’s not quite time, as they need to gather more intel. Tex is instructed to go back in, and he goes back to Summer Bay. His double life has been revealed – what are the men planning for the Paratas?

Outside her house, Chloe (Sam Barrett) is watched by a sinister leather-clad figure on a motorbike. She doesn’t see the figure, and carries on with her evening. The biker lifts his helmet – it’s Tex. Later, Tex is back in the gym, training, and keeping a watchful eye on her. Chloe suddenly realises the photo of Mia and Ari is missing, and begins frantically searching for it. Tex decides it’s a good time to make a move…

08/14/2022 Home and Garden Comments Off on Spoilers: What is Tex’s secret as he steals a photo of Ari in Home and Away?
Recent Posts