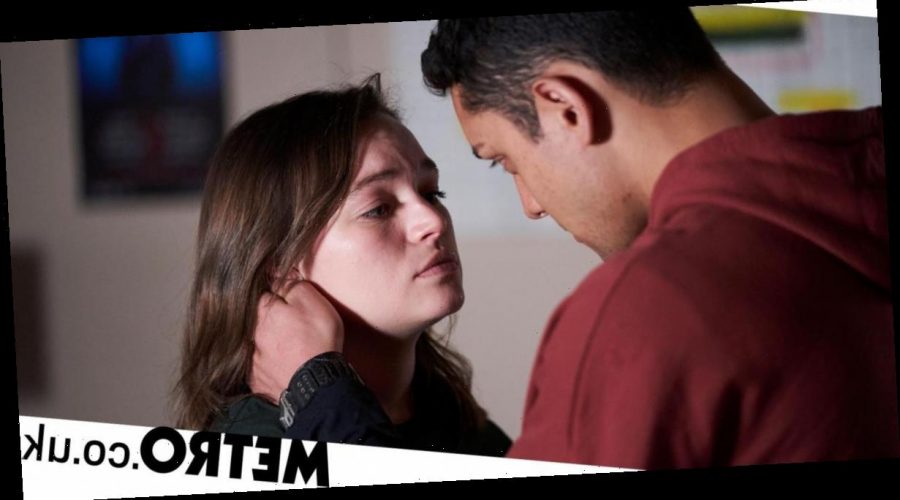 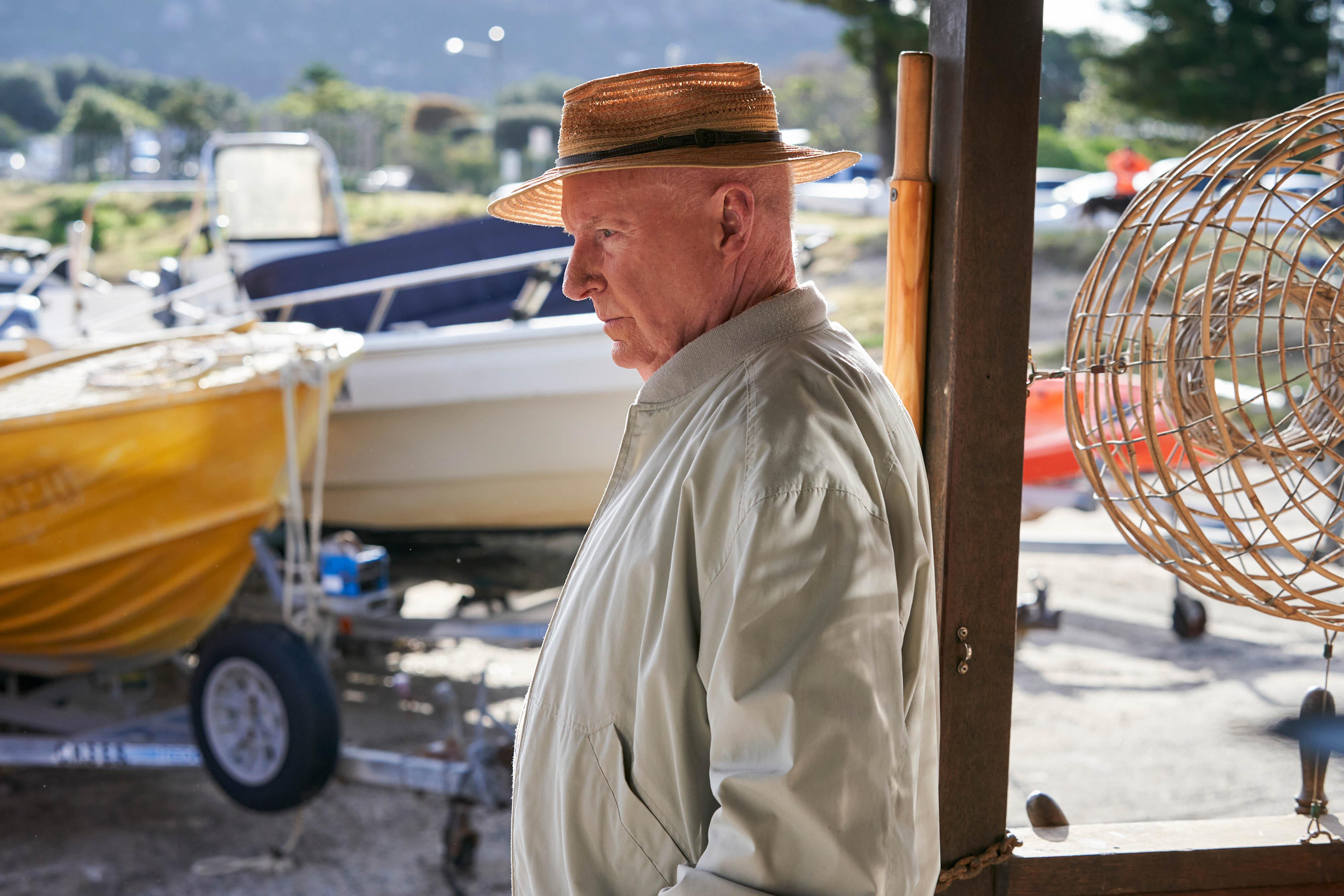 Summer Bay is full of conflict and heartbreak this week, with several of our favourites going through rough times. Dean (Patrick O’Connor) is determined to get Ziggy (Sophie Dillman) back, but she won’t yield – especially when he turns up at her house drunk. However, her concerns rise when he stumbles away into his car and drives off, then goes missing…

Meanwhile, Martha (Belinda Giblin) is tortured over her secret letter, and tells Irene (Lynne McGranger) the truth – she has a secret family member. Eventually, after increasing frustration from Alf (Ray Meagher), she tells him the truth. But when he finds out, he doesn’t take it well.

John (Shane Withington) prepares for his first date since his separation from Marilyn, but will all go to plan? Elsewhere, Christian (Ditch Davey) and Tori (Penny McNamee) clash over Jasmine (Sam Frost), and Ari (Rob Kipa-Williams) receives another threatening message from Paul. Plus, is Colby (Tim Franklin) in danger in prison?

Here’s what’s coming up on Home and Away.

Ziggy receives an unexpected visitor when Dean shows up on her doorstep drunk. He isn’t coping well in the aftermath of Colby’s prison sentencing, and he’s determined to persuade Ziggy they still have a chance. However, she isn’t having a bar of it, and this only makes his spiralling worse. He takes off in his car, despite Ziggy calling after him. Concerned for his safety, she rushes to Salt to find him. But Mac (Emily Weir) and Tane (Ethan Browne) haven’t seen him. Tane and Ziggy team up to find Dean, and to their alarm they find his car at the side of the road with him slumped at the wheel…

Dean and Tane fight over Ziggy

Dean will stop at nothing to get Ziggy back, especially as Willow (Sarah Roberts), Jai (River Jarvis) and Colby are no longer around. But when he tries to talk to her, Tane steps in to break up the conversation once he sees Ziggy is uncomfortable. A fight begins to brew between the two, which is narrowly avoided. But Dean wants to try with Ziggy again, so he shows up at the Garage. His efforts have the opposite effect, though, only pushing her away further. Then Tane arrives, irritating Dean even more…

Martha has recently received a mysterious note which has left her head in her spin. The next day, she says she wants to go back to Merimbula – clearly hoping to deal with the issue there – but Alf offers to go with her, which is the last thing she wants. Tension rises between the pair as she snaps at him, leading him to be suspicious about what she’s hiding. At the Diner, Martha breaks down in front of Irene and reveals the truth – she has a son, and nobody knows.

Mac has recently stepped in to try and fix the issues between the Parata brothers and Paul’s gang by giving them her Porsche to settle the debt. However, it looks like they still want more as Ari receives a message indicating they’re wanted on another job. The brothers decide to tackle it head on and go to Paul and Leon with a warning. However, Ari then receives another text which makes him realise they have no choice but to do the job. The gang has incriminating evidence on both him and Tane which could see them put away for a long time.

John gears up for his first date after Marilyn

John has been heavily using the Silver Dreams dating app in the aftermath of his separation from Marilyn (Emily Symons). Wanting to get back in the game, he is excited for his first date and is caught by Nikau (Kawakawa Fox-Reo) and Bella (Courtney Miller) practising his lines to impress her. Brushing off their amusement, John tells Mac to prepare the best table in the house and ensures he’s looking his best too. He’s eager to get started and shows up early for his special lady. But will everything go to plan?

Bella is left alone as Nikau departs for New Zealand

Ari and Tane have been backed into a corner by Paul and Leon’s gang, forced into doing a job for them after incriminating photos are sent as ammunition if they don’t comply. The pair realise they have no choice but to perform the armed robbery, but they decide to cover up the truth when Nikau and Bella head home. Unfortunately, Nikau quickly realises they’re hiding something and they tell him what’s happening. Nik is devastated to learn he needs to go and stay with his mum in New Zealand for a few weeks for his own safety. He breaks the news to Bella, who reluctantly agrees he has to go. As he prepares to board his flight, Bella realises that Dean is AWOL, Colby is gone and now Nikau is going. She’s completely alone.

Tori and Christian get into a huge fight

Tori gears up to open the rest of Grace’s presents after her first birthday party, and she is dismayed to discover the contents of Jasmines’ gift (which Irene fished out of the bin in secret during the party). Realising Jasmine’s thoughtful reminder of Robbo (Jake Roberts) was sidelined, she tries to apologise – and Jasmine realises what Irene did. Christian doesn’t believe there’s any issue, but Tori is concerned about how Jasmine must feel. With neither one prepared to back down, Christian gets fed up with her and leaves. With both of them as stubborn as each other, can they get through this rocky patch?

Is Colby in trouble in prison?

Bella finally receives confirmation from the prison that she can visit Colby, but she is unable to get hold of Dean so he can come with her. She makes the difficult decision to go alone – but the situation is made worse for her when she passes Taylor (Annabelle Stephenson) on her way in. Colby tries to brush over the visit, insisting she was just saying a last goodbye. However, although Bella isn’t convinced, Colby soon takes over by asking how things are at home. He soon gets to the truth, and realises Bella is all alone. He gets on the phone to Dean and leaves him an angry voicemail, livid that his friend has left his little sister to cope by herself.

In reality, Taylor visited Colby to see if she still had feelings for him. She is preoccupied by his battered lip, though, and offers to sort him out with protection. Colby declines the gesture, saying he’s got it handled, but is trouble looming for the former cop on the inside?

02/06/2021 Home and Garden Comments Off on Spoilers: Drink driving, fresh threats and prison violence in Home and Away
Recent Posts