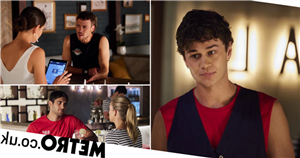 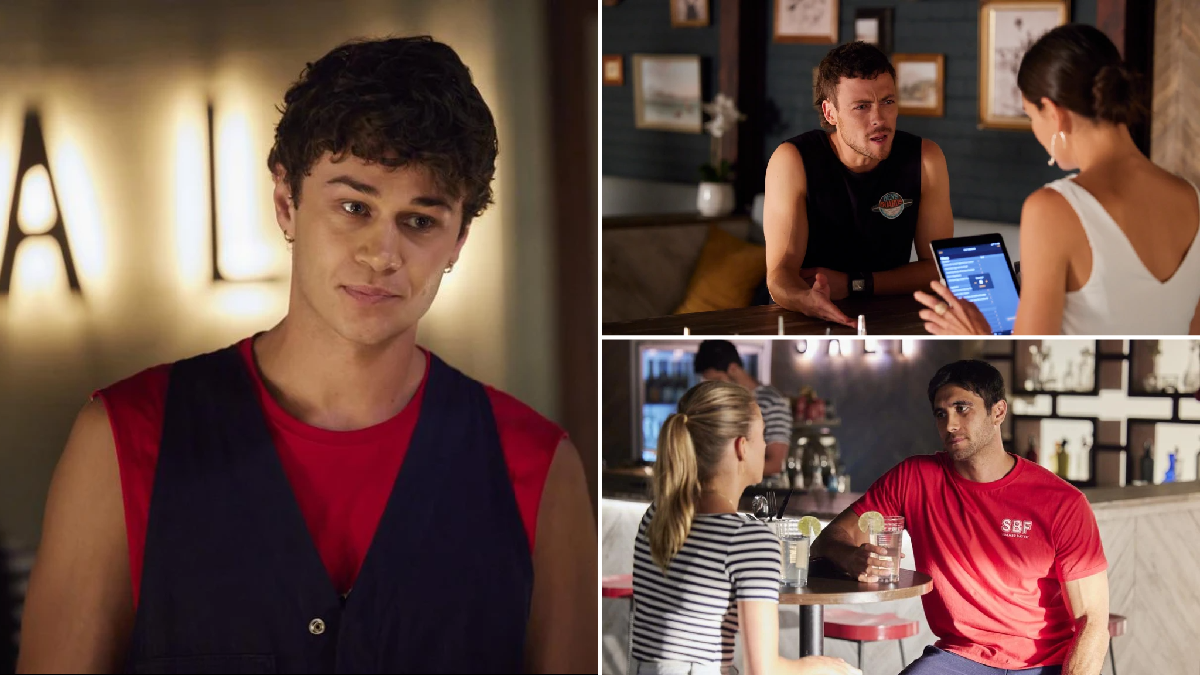 This week on Home and Away, Dean (Patrick O’Connor), Ziggy (Sophie Dillman) and Felicity (Jacqui Purvis) are concerned for Mackenzie’s (Emily Weir) safety after realising she believes the only way to pay off debts is to sleep with mysterious and wealthy gambler PK (Ryan Johnson). They try to warn her she’s being scammed, but she’s not answering her phone. In the morning, as Mackenzie sobs on the beach in last night’s dress, has the worst happened?

Meanwhile, Theo (Matt Evans) and Chloe’s (Sam Barrett) relationship is blossoming, and she shows up at his place after work with leftovers from the Diner for them to share. In the morning, she continues to avoid home, and Marilyn (Emily Symons) suggests she would benefit from a distraction. During a romantic sunset picnic, Theo surprises Chloe one more time by whipping out a guitar and starting to sing…

Here’s what’s coming up on Home and Away for the week beginning Monday, June 20.

Mackenzie cheats on Logan to repay her debts?

Dean, Ziggy and Felicity have recently been stunned to discover that PK offered to let Mackenzie ‘repay’ her debts to him by spending a night in his hotel. They realise she is being scammed by the rich gambler, who is preying on her lack of knowledge- but Mackenzie is ignoring her calls as she heads over to where PK is staying. She keeps up the charm once she’s there, but it’s clear she’s on edge as she can’t relax. PK hands her a drink and offers her a massage…in the morning, Dean and Ziggy find Mackenzie on the beach in last night’s dress, and she crumbles into tears. Has Mackenzie cheated on Logan to pay back a debt that doesn’t exist?

Theo reveals a secret talent on a surprise date with Chloe

Theo and Chloe are slowly building up their relationship, but it’s clear Chloe is still struggling with family life in the aftermath of Nikau reading her diary and exploding at her during Ryder’s farewell party. Marilyn hints that Chloe could do with a distraction, and later on Theo leads her blindfolded down to a romantic sunset picnic with beers and a campfire. Chloe is blown away by the gesture, but she’s even more thrilled when he pulls out a guitar and begins singing her a song…

Felicity changes her mind about rejecting Rose’s offer to look into PK, and Rose is excited to have a change from boring small-town policing. After some time, she finally gets a hit and calls Felicity to the caravan park – instructing her to bring beers. She reveals that, while she found nothing on PK, she has dug up some dirt on his associate, Nathan Silva. He has a history of bankruptcy, and an investor took him to court. However, just as he was facing jail time, someone bailed him out – and Rose suspects it was PK. If PK is now holding this over Nathan as leverage, this means Nathan could be dangerous and unpredictable…

Logan and Xander get into an explosive row over Millie

Logan is called into the station for a follow-up interview, where Cash asks how fast he was driving. He then discovers that the current consensus is that Logan is responsible for the car accident which killed Millie’s friend. With this news weighing heavy on him, Logan visits Millie at the hospital and asks if she can remember anything about the accident. His questioning leads her to tears, and Xander is furious to walk in on the scene. He confronts Logan outside, accusing him of unprofessionalism, and Logan returns fire – why is he getting so close to a patient?

Does Millie drown after wandering into the surf fully clothed?

When Xander goes to check on Millie in the hospital, he is stunned to discover she has gone. What’s more, she wasn’t discharged, so he immediately becomes concerned for her safety. While he and Jasmine look for her, Nikau and Chloe are on the beach when they see a woman wandering out to the waves. Nikau warns her not to go near the dangerous rip tide, but she continues walking and he goes straight into rescue mode. The waves are turbulent, and Millie begins to sink. Will she drown in the violent rip as she struggles to process the aftermath of the accident?

Mackenzie has been trying to get revenge on PK after his scam which saw her going to his hotel room to spend the night with him. She suggests another VIP poker night, and when Nathan gets wind of their discussion he warns her not to mess with PK. She kicks him out of Salt, but when she is closing up for the night, two rough-looking men come in and immediately begin trashing the place, forcing her and Dean to the floor while they brandish a knife…

Tane is stabbed and left fighting for his life

Mackenzie and Dean have been held hostage by two thugs who have stormed into Salt during closing time and begun trashing the restaurant. Downstairs, Tane and Felicity decide to head up for a nightcap, only to walk into the violent scene. Tane immediately springs into action with Dean, tackling the two men, but as the thugs finally leave everyone realises that Tane is on the floor covered in blood – he’s been stabbed…

06/20/2022 Home and Garden Comments Off on Secret talent, disturbing discoveries and shock stabbing in Home and Away
Recent Posts