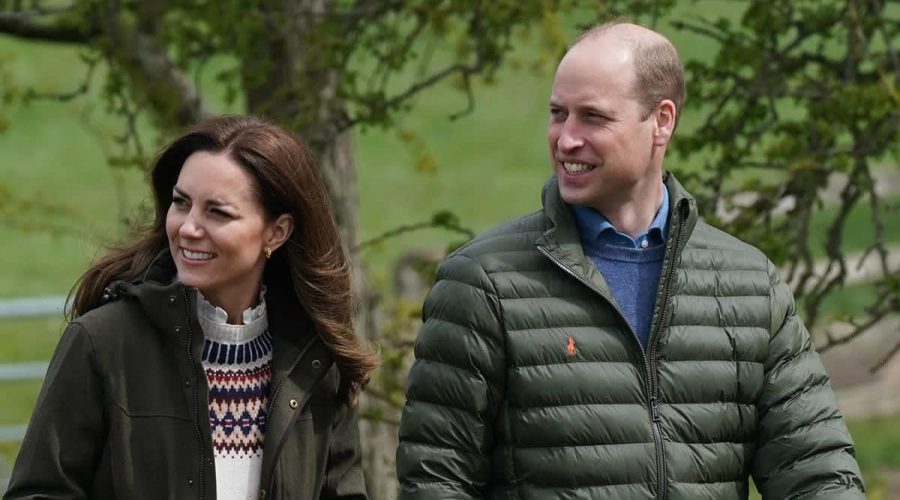 Prince William recorded a video with his daughter Princess Charlotte on Sunday, and it gave royal fans a glimpse into their idyllic London garden.

The Duke of Cambridge posted the clip to wish the England Women’s football team good luck in the final against Germany, and he chose their pretty outdoor space as the backdrop.

It appeared as though the father-daughter duo were sitting happily on a bench while they spoke to the camera and behind them a sea of greenery could be admired.

As well as the abundance of shrubbery behind them, in the distance there was a darker leafed row of trees, likely to provide privacy around the perimeter.

In the video, Prince William said: “We both want to wish the Lionesses the best of luck for tonight. “You’ve done amazingly well in the competition and we are rooting for you all the way.”

A post shared by Duke and Duchess of Cambridge (@dukeandduchessofcambridge)

The father-daughter duo filmed in their garden

While Charlotte, who was cuddled up to her father, added: “Good luck, I hope you win. Bye.”

As we know now, the Lionesses did scoop victory with a 2-1 win, and Prince William himself was there at Wembley to present the trophy to the worthy winners after the game, which was won in extra time.

It’s not the first time we’ve been able to have a sneaky peek into the Cambridge’s garden. The Duke has invited cameras into his garden for an interview before, showcasing traditional garden furniture.

The family do take the privacy of their central London home very seriously though, and it was recently discovered that Kensington Palace have a clever trick to stop visitors looking straight into their personal garden during the tour of the royal residence. 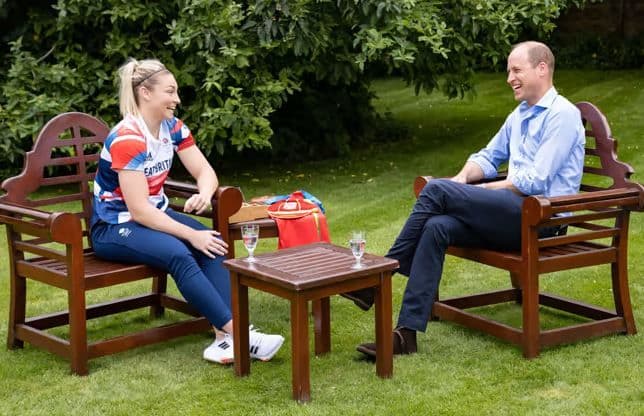 The Cambridges have a lovely garden

The upper floor windows have been partially concealed with blurred film meaning the garden is hidden from view.

This revelation was made on TikTok after a member of the public spotted the film overlaid on the windows in one of the grand rooms.