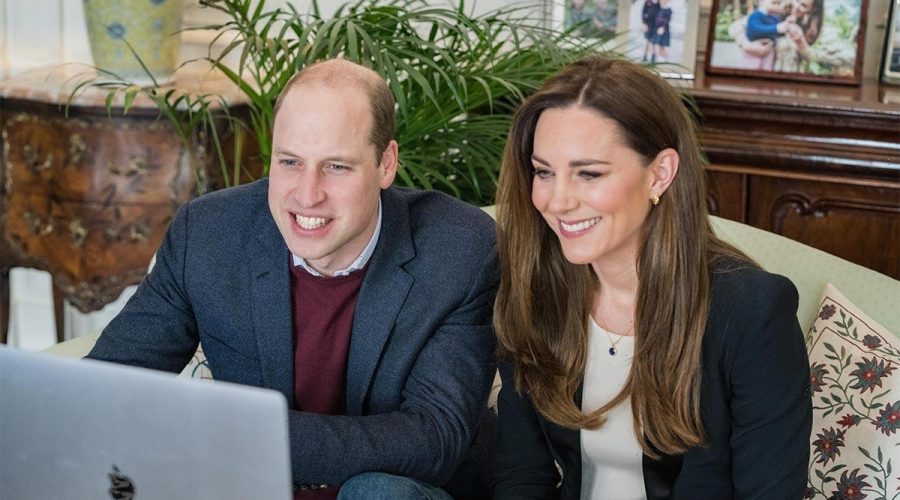 The Duke and Duchess of Cambridge have made a subtle change to their home in Kensington Palace, Apartment 1A.

On Thursday, Prince William took part in a video call from one of the reception rooms in the historic property to speak to an emergency responder, an indigenous leader, a school principal, and a local business owner about the impact of the severe floods that devastated the east coast of Australia this year.

In the clip, shared on Twitter, William is sitting on a beige couch adorned with two red pillows and two white floral ones. In the background, touching photos can be seen including one of Kate and Prince Louis alongside a new addition to the line-up – a sweet photo featuring all the family.

The new picture, which can be seen to the left of William, is a framed photo of the Cambridges’ official 2020 Christmas card taken at their Norfolk home.

RELATED: Kate Middleton and sister Pippa’s £1.88million flat they lived in for free

MORE: Prince William and Kate’s sleeping arrangements are so different from everyone else’s

The  family photo was used as their 2020 Christmas card

The family home is filled with personal touches and features five reception rooms, three main bedrooms, dressing rooms, a night and day nursery, and staff quarters, all of which were renovated to an impeccable standard before they moved in.

William and Kate spend the majority of their time living in Apartment 1A with their three children, but they are reportedly considering a big move.

According to reports, the royal couple are planning to move to Windsor to be closer to the Queen, who now uses Windsor Castle as her primary residence after relocating there during the coronavirus pandemic.

The move would also mean that the Cambridges would be closer to fellow royals including Prince Edward and the Countess of Wessex, and Princess Eugenie and Jack Brooksbank. However, it is likely they would still keep their London home even if they move.