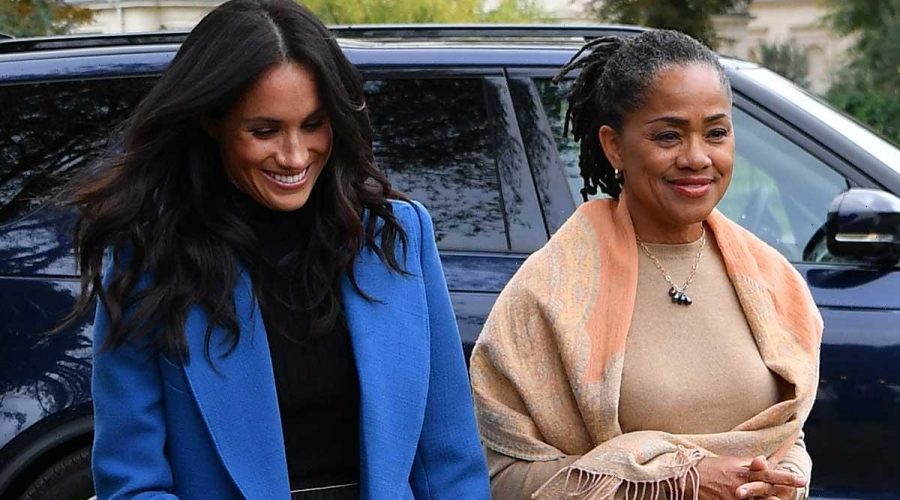 Meghan Markle grew up in Los Angeles where she lived in two modest childhood homes – one of which is currently rented for $3,450 a month.

PHOTOS: Meghan Markle’s former homes are nothing like $11m house with Prince Harry

Until the age of two, the Duchess of Sussex shared a two-bedroom property on Providencia Street in Woodland Hills with Doria, her father Thomas Markle and her half-siblings Thomas Jr and Samantha.

After her parents got divorced in 1983, Meghan and her mother Doria moved into a top-floor apartment in Mid-Wilshire. Located on South Cloverdale Avenue, their home was reportedly once the garage and loft space for the main property.

Photos show three white garage doors at the ground floor level with space for parking out the front, while there were two windows and two doors on the upper level which we assume was Meghan’s house. Steps lead up the side of the building, which was painted a pastel orange colour with terracotta roof tiles.

One listing that appears to be of the property shares a peek inside the two-bedroom home, which has wooden floors, a white kitchen with brown granite work surfaces and a small seating area on the balcony – although this may not have been how it was when the Duchess lived there.

READ: Kate Middleton and Prince William’s London home is another scale of luxury

MORE: 9 incredible UK hotels where the royals will be spending their summer holidays

The Duchess lived in LA with her mum

According to the listing, it is currently rented for $3,450 per month, but we imagine the price has increased significantly since Doria and Meghan lived there.

Meghan supposedly split her time between the flat and her father’s apartment behind the Hollywood strip until she left for college in 1999.

Prince Harry and Prince William in their playroom in Kensington Palace

Her husband Prince Harry, meanwhile, was raised in Apartments 8 and 9 in Kensington Palace. The Duke of Sussex shared the beautiful family home with his older brother, Prince William, and their parents, Prince Charles and Princess Diana. The young Harry and Willaim have been pictured playing in the playroom, which was located on the top floor, as well as their two bedrooms.

Luxury children’s design company Dragons and Walton Street put the space together and went for a red, white and green colour scheme with a strawberry print carpet.

Harry and Meghan now live in a stunning home in Montecito which they reportedly purchased for £11.2million in June 2020. They share it with their little boy Archie and are expecting a baby girl this year.