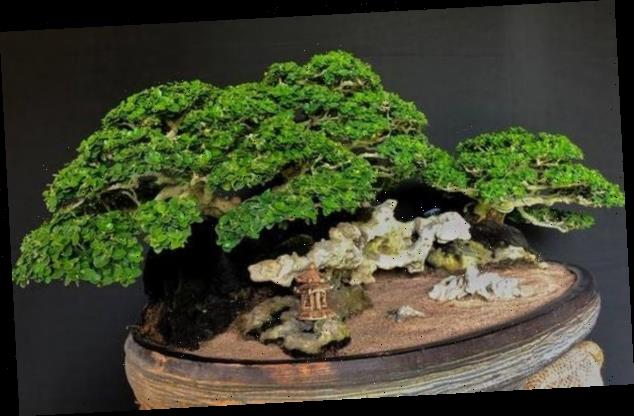 It is hard to get Ravindran Damodharan, a former lawyer and one of India’s foremost bonsai artists, on the phone. “I am preparing for a demo of my plants over Zoom, and then I have a workshop that teaches trimming techniques,” he says.

We finally agree to speak on a late Saturday evening after he has finished a workshop on suitable species to experiment with, for bonsai: the art of growing artifically dwarfed trees in a container. “It is amazing how the Internet has expanded our reach. I have held classes and workshops for several years but never experienced the kind of response that online classes bring. People from across India have been signing up for my workshops,” says the Nagercoil-based artist who is also the president of Kerala Bonsai Association.

As the pandemic gave people more time at home, many — especially those above 40 years of age — have been turning to the traditional art of bonsai. “Unlike before, when 85% of my class comprised women, the Zoom classes have more participation from men. Almost 40% of the people attending my virtual classes are men,” says Ravindran who started as a bonsai artist in 1970. Over the years, he has developed a collection of over 500 bonsai plants, and an additional 1,000 plants are currently being pruned. He has over 30 species of ficus along with 80 different varieties of tropical and sub-tropical plants that include Casuarina equisetifolia, Portulacaria afra, and bougainvillea.

Most of these plants are on display at Nikki Bonsai in Nagercoil which he established in 1990. The garden is frequented by bonsai enthusiasts and amateur artists who come to learn from Ravindran. “The artists also helped me in the upkeep of my garden but now due to the pandemic I have to attend to over 1,000 plants by myself. A majority of people are attending my classes for this very reason as their gardeners are not coming in and they have to learn to take care of their own plants,” he says.

Veer Choudhary, a Kakinada-based bonsai artist, has been conducting virtual classes for almost a year now. Each of his classes (free and paid) is attended by 300 to 500 participants from across India and several other countries like Libya, Unites States and Indonesia.

Not a bed of roses

“I conducted a Facebook live in April last year. It got over 20,000 views from all over the world. It is not just beginners who are seeking classes, even seasoned artists have been curious to learn more. In a normal world, one would have to travel to several exhibitions and conventions to learn advanced techniques of bonsai, but now it is all just a click away. I have been taking classes for styling of the tree, root styles and landscaping,” he says.

Veer started as a bonsai artist in 2008. A self-taught artist, he relied on books and videos on the Internet to learn the tricks of the trade. However, he advises people to attend workshops and seek guidance before starting. “I lost many precious trees because of my trial and error method. I would not recommend that to anyone,” he adds.

However, bonsai is much more than a hobby now for many. “It is also being used for landscaping. We can spot them at airports, malls, hotels and corporate offices. This increased demand is helping people to financially support their hobby,” adds Ravindran.

“I have been stuck with my house duties, otherwise I too would have been swept away by the virtual classes,” laughs Prajakta Kale, a resident of Pune who has over 3,500 bonsai plants. Though Prajakta does not take classes, her phone is constantly beeping with queries from amateurs about the art. “I am part of several WhatsApp groups in which the members share details about their plants. A year ago, I would have 10 or 15 calls per week seeking my advice, but now I attend over 60 to 70 such calls. It is exhausting,” she admits.

Prajakta, who is gearing up to start a studio in Pune to train amateur artists, believes that not everything can be learned online. “Virtual classes are good to create interest and enthusiasm about bonsai but if you intend to learn it seriously, these classes will have to be clubbed with physical workshops for hands-on training. The artists also get to work on the teacher’s plants, which help them with understanding the nuances of caring for a tree that is probably 30 or 40 years old. So, I believe the old school way is much more effective than the virtual classes,” she concludes.