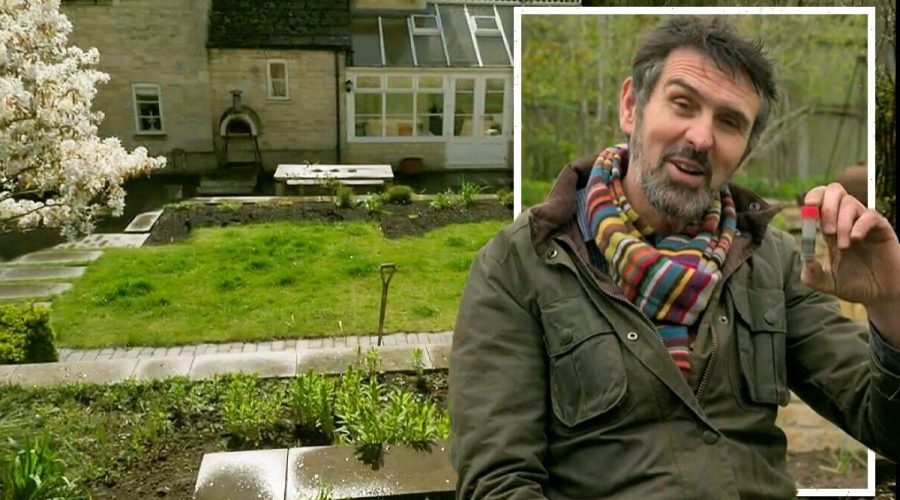 Adam Frost is a familiar face for Gardeners’ World viewers, having presented the flagship BBC gardening show since 2016. On April 22, the green-thumbed presenter revealed he and his family had “scaled back” to a new home, which includes a “smaller garden” than his old one.

However, the gardening expert says he doesn’t “think that’s a bad thing” and instead has some big plans for the space.

In fact, it has given Adam the opportunity to explore new ways of arranging his horticultural haven – including getting started with some gardening jobs he “normally wouldn’t do”.

What are Adam Frost’s plans for his back garden?

As part of the episode, Adam revealed he has already been hard at work getting to know his new green space.

He explained: “I think the first thing you need to do when you take on a new garden is put the brakes on the excitement and understand what you have got. I’ve been trying to understand what the light does.”

As well as discovering how much sun his garden gets, Adam also checked the health of his soil.

“It does amaze me the amount of times people take on a garden and they don’t test the soil.

“This soil is the answer to you having a great garden.”

However, there is one job Adam has already undertaken that he admits he usually wouldn’t do.

DON’T MISS
Grass care: How to get rid of moss from your lawn using baking soda [EXPLAINER]
Save £580 on bills and add £8k to the value of your home  [REVEALED]
Mrs Hinch fans share 85p hack to keep moths out the home [COMMENT]

He said: “Normally I wouldn’t do any planting but I have here, the reason being because we are overlooked by some houses.”

Adam has planted some smaller trees including amelanchiers and cornus to “provide privacy” from houses overlooking his garden.

At the top of the garden, on an “upper terrace”, the Gardeners’ World expert shared plans to create a “gravel garden”.

He said: “I’ve opened it up and I’ve taken a shrub out here, but it’s shouting at me ‘create a gravel garden’.

“So I have containerised some of the plants from the old house but the drainage is going to be good because ultimately we are so much higher.”

There is also space for his greenhouse, although Adam admits it is jam-packed with pots and vegetables from his previous home.

Get the latest three-day weather forecast where you live. Find out by adding your postcode or visit InYourArea

What are Adam Frost’s plans for his front garden?

Given the fact his garden faces North, Adam has begun work creating a vegetable patch in the front of his house instead.

He said: “I’m going to spend an awful lot of time in here growing for the family and I know you’ve got to use your imagination because it’s a little bit like a building site at the moment.

“This really gets warm so the fruit and the veggies are going to love it.”

Though the vegetable patch is still a work in progress, Adam has already created a timber edge around the larger vegetable bed and has given the soil a boost with manure.

He explained: “To improve the soil here I am using a single dig technique.

“Single digging is a trenching system. You dig a trench which is a spades depth.

“Once you’ve done that, put about 50 to 100ml of well-rotted manure in there and then turn that back.”