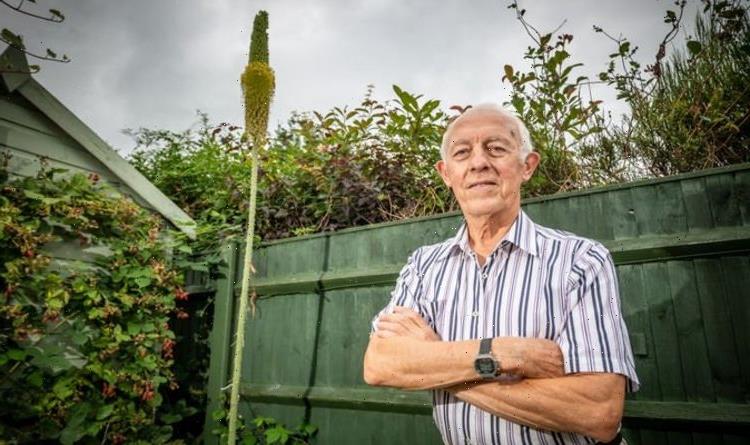 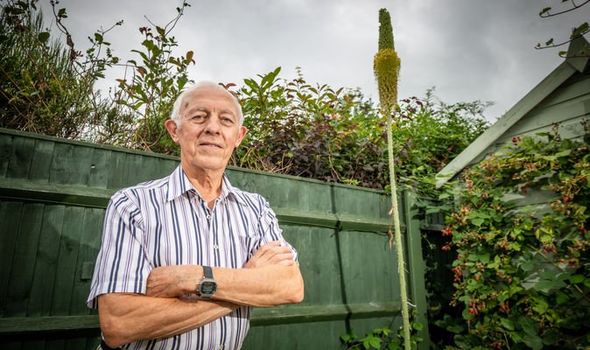 Philip Roberts, 84, thought he would have to pass his beloved Mexican royal agave plant, ‘Prickly’, onto his grandson after being told it wouldn’t flower for 100 years. But, on June 7, the plant miraculously started to grow at pace and now measures nine feet tall with tiny yellow flowers.

Philip, a retired printing press operator, said: “It has gotten so big we can’t have it in the house anymore.

“When we bought it, it was tiny. You could more than hold it in your hand. The man at the garden shop said it wouldn’t bloom for 100 years. He was wrong because at 42 years on – it has started blooming!”

Philip and wife Grace, 84, bought Prickly at a small garden shop in August 1979, while on a seaside holiday in Rye, Sussex.

Philip, from Beccles, Norfolk, said: “It was only a little old plant. I just liked the look of it. It wouldn’t have cost any more than £2.

“We kept it in our front room. It was very, very prickly so you had to be very careful.”

Prickly endured soaring hot temperatures next to the couple’s fireplace and was rarely watered before it suddenly started growing in June.

Philip said: “I was rather excited I tell you. I was in my conservatory and I turned around and saw a tiny little pink thing coming out.

“I couldn’t believe it. I ran in to get my wife and said ‘quick, come see it!”

Philip’s daughter Sally, 57, even drove 30 minutes from Norwich to see the plant with her own eyes and photograph it.

But despite his enthusiasm, Philip said he will get rid of Prickly when it finishes blooming and dies off. He said: “The bloom is about 15 inches long and now it’s about halfway up. It started to bloom from the bottom at three inches and then that died.

“It will get to the top and completely die, then it will release some seeds to grow some more. Afterwards I will just get rid of her.”