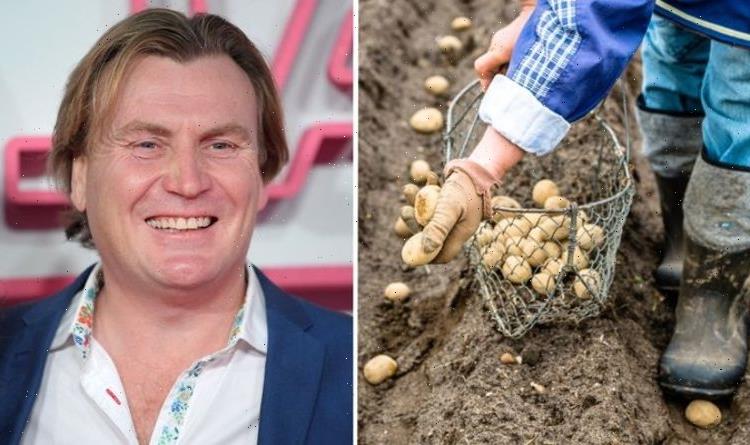 The latest series of Alan Titchmarsh’s Love Your Weekend, which regularly featured David Domoney, came to an end last weekend. Today, ITV was scheduled to show a repeat of Love Your Garden, where David Domoney was due to appear, but the programme was cancelled due to the news coverage of Prince Philip’s death. However, David Domoney has shared many tips on his social media pages and blog over the past week.

David Domoney posts gardening tips regularly on his Facebook and Twitter pages, as well as his blog.

This week, the horticulturist gave his advice on which vegetables to start planting this month.

He went on to explain more about each vegetable and how you should go about planting them. 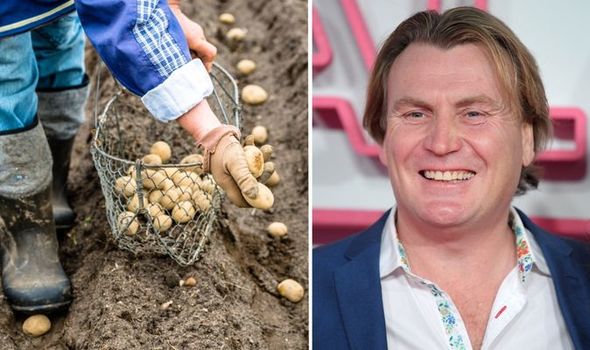 David said that the traditional month for planting potatoes is April, and the potato he recommended is the ‘Picasso’.

This potato is “really tasty and versatile” as it is great to make chips with, as well as baked and mashed potatoes.

It produces a huge crop of large potatoes and it is also very disease resistant.

David advised planting each potato stem to a depth of 10cm with 25cm spaces in between.

When the foliage reaches 20cm above ground, make sure to mound up soil around the potatoes as frost can damage them.

DON’T MISS:
Royal funeral traditions the family must follow [ROYALS]
Morrisons customers fume over new ban coming to all stores [NEWS]
Woman shows how much dirt is in your hairbrush in startling video [INSIGHT]

Butternut squash is an excellent vegetable to grow yourself as they can be expensive to buy in shops, and April is the ideal month to plant them.

Soak the butternut squash seeds over night then sow them with the pointed end of the seeds facing upright.

David recommended sowing one to a 9cm pot before planting them outside when they grow big enough.

However, it is important to first acclimatise them to the change of temperature by first leaving them outside during the day and bringing them inside overnight – do this for a week. 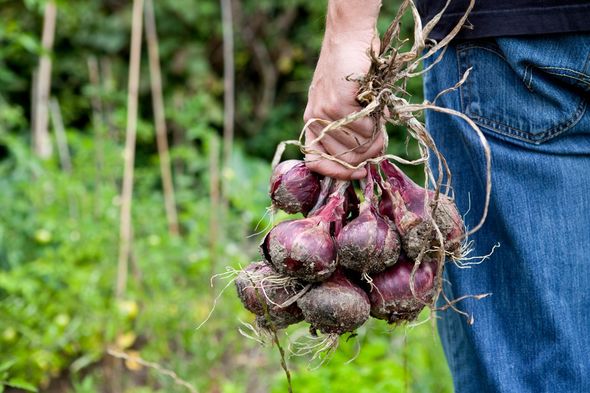 When planting courgettes, David recommended opting for a variety of the vegetable named the ‘Romanesco’.

This courgette has a wonderful flavour and texture and produces huge flowers which David said can be stuffed and fried.

Courgette seeds should be sowed on their sides about 2 to 3cm deep into a 9cm pot of compost.

They can also be sown directly into your garden when the weather turns a little warmer.

David explained that “with a bit of luck” you should be able to start picking your courgettes around eight weeks after sowing the seeds. 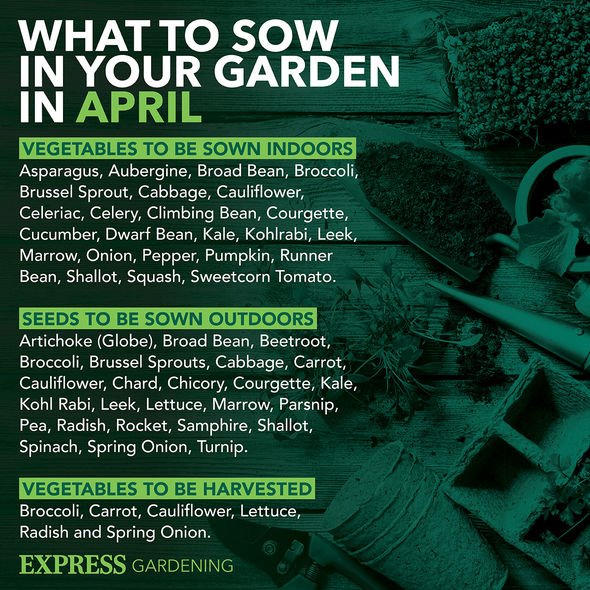 Onions start harvesting from August until September, and so you should start to plant the seeds now in April.

However, David recommended growing onions from sets rather than seeds, which are young onion bulbs grown from seed the year before.

Bulbs don’t like cold soil, so the horticulturist advised warming the soil first by putting a cover on the pot of soil before sowing the bulbs.

Push the sets gently into the soil so that the tips are level with the surface and space them 10cm apart.

If the bulbs are smaller, plant them 2.5cm apart, and leave 15cm of space between rows of both large and small sets.

You can also sprinkle some dry sand around the sets to disguise them from birds.

David has many more gardening tips for planting various vegetables on his website.